What is it really like to work with the NBA?

Very challenging, but a dream come true, according to Daniel Shichman, CEO of Israeli company WSC Sports, which provides a proprietary AI technology platform that automates the creation of short-form sports content

Daniel Shichman is the CEO and co-founder of WSC Sports, one of the most successful sports companies to come out of Israel. WSC's proprietary AI technology platform automates the creation of short-form sports content for over 150 leagues, broadcasters, and teams across the globe. Its clients include the NBA, ESPN, PGA Tour, YouTubeTV, NASCAR, Bleacher Report, and more. In the case of the NBA, WSC is responsible for 60% of all its online content.

Calcalist spoke to Shichman on what it is like to work with a U.S. sports corporation, WSC's innovation, and what keeps him up at night. 1. Sounds sexy "The sports world sounds to many people like the easiest, most fun, and the most exciting world there is. Generally speaking, they are partially correct and sports is indeed the most exciting sector in the world. But what people don't know is that ultimately the big sports clubs, huge broadcast companies, and international tournaments and leagues are business corporations just like in any other sector. This means that anything new requires approval and that you tackle bureaucracy that is so exhausting it can bring you to tears. In an organization like this, every decision, whether big or small, requires the approval of dozens of senior executives and in some cases decisions made by mid-level executives end up being discussed by a special committee. The sports world may sound sexy from the outside, but on the inside, it is a business in every aspect and is no different than any other international corporation." 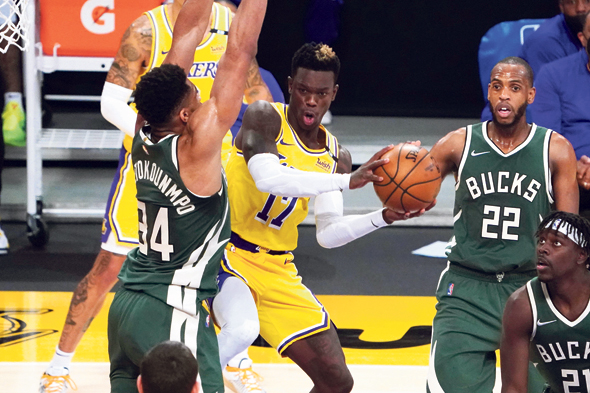 An NBA game between the Los Angeles Lakers and Milwaukee Bucks. Photo: USA Today Sports
2. If it's good for the NBA, it is good for you "In every partnership, especially with large organizations like the NBA, there are opportunities. When working with a league there are often demands for new capabilities, additional solutions, and things that could significantly change the way in which they operate. One of the biggest challenges for a startup is knowing when to develop something and when to say 'no thanks’ because it won't serve our other clients and has no real strategic value. On the other hand, the NBA often asks for something and then we go and check it out and we discover that this is a need many of our clients have. And as soon as you show that something is working for the NBA, the path to growth with other companies is very fast. So the ability to determine what is really worth improving and developing and what is best left aside is a tough challenge. I can't say that we are perfect at that because at the end of the day we are NBA fans at hearts and that has a blinding effect, but we try to improve all the time." 3. Things that 'move the needle' "As we developed connections and friendships with the people with which we work in the NBA, we discovered that they receive dozens of approaches a week from startups from across the world. Other than their busy regular schedule, they need, and want, to promote the organization and integrate innovation. They are looking for the next big thing, something which will significantly change the way in which they operate. Many of the approaches they receive touch on the improvements we provide. A startup may seem like it has developed something big, but for the league, it will provide only a minor improvement on existing processes and solutions. What is important to focus on is not to offer the NBA a solution which they can solve themselves by hiring another 10 people. Why? Because that means that the solution isn't significant enough to them because it can be solved in a different manner. If you want to seriously get their attention you need to do something that is big, works for the organization, and of course, also provides an exponential improvement for the future." 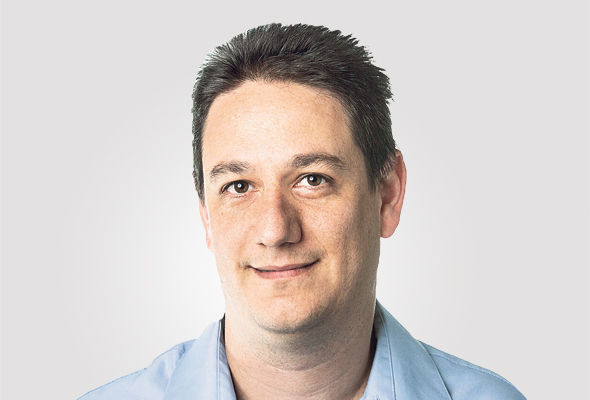 WSC Sports CEO Daniel Shichman. Photo: Courtesy
4. God is in the details "When you are first exposed to the way in which the NBA operates, as Israelis our initial reaction is a condescending one - 'Why do they need five people to do that? One person is enough to do all those things'. But when you get to know the culture, the thinking, and the perfectionism, you begin to appreciate this method of work. Every small detail is important and everyone has their role in the system and they need to make sure that their part is executed perfectly. Everyone knows how to be perfectly responsible for their world of content and make sure that everything is moving smoothly because when it comes to a product like the NBA, anything less than perfect isn't acceptable for the league’s executives." 5. Working in sports has its advantages

"Ultimately there is plenty of difficulty, strain, and pressure in working in the sports world. There is a hard deadline because the league or the All-Star game isn’t going to be moved because you aren't necessarily comfortable with meeting the schedule. One such story involved a very complex project between the NBA and Nike in which Nike released new advanced jerseys with an NFC chip that allows the fan to purchase the jersey and also receive updates on the player whose jersey he bought. As part of the relevant updates in this project, our role is to create GIFs and video clips for every player. In that way, there is a personalization effect for a client who has bought a jersey. At the same time, we were initiating a very significant change in our basketball product. We had to combine the Nike project with our infrastructure project while dozens of our R&D staff were working hard to develop tools and new capabilities until the very last moment. This project was tested out during the pre-season and we were still addressing bugs until the very start of the season in order to perfect the product. In an organization like the NBA, every small mouse turns into a giant elephant. That is scary and keeps you awake at night, but on the other hand, it is important to remember that we are working in a sector which we love, with a league that we all dreamed to play in but weren't good enough. At least we have the opportunity to sit in a suite with senior NBA executives at the NBA Finals or All-Star game and pinch ourselves that this is actually real and not just a dream."