The Israeli startup plans to use the funds to expand its set of financial services, including a VISA payment card, and a bigger set of choices for on-ramp, off-ramp, trade and savings options

TAGS:
Israeli startup ZenGo, which developed a crypto mobile wallet for retail investors, announced on Tuesday a $20 million series A round led by Insight Partners with participation from Distributed Global (in partnership with Temasek Holdings) and Austin Rief Ventures, as well as existing investors Benson Oak Ventures, Samsung Next, Elron, Collider Ventures, FJ Labs, and others. ZenGo, which raised $4 million in its previous round, employs 20 people and is headquartered in Tel Aviv. The company was founded by Ouriel Ohayon (CEO), Tal Be'ery (VP R&D) and Omer Shlomovits (VP Research). 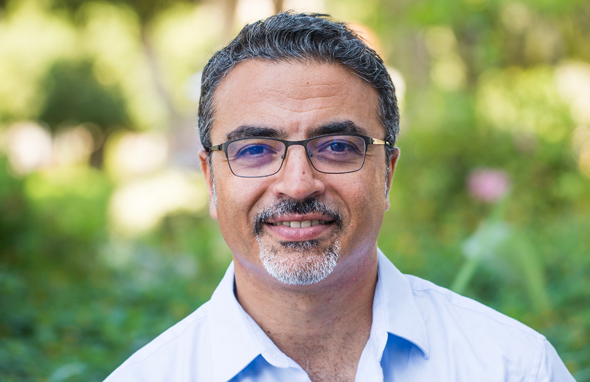 ZenGo CEO Ouriel Ohayon. Photo: Courtesy
ZenGo plans to use the funds to expand its set of financial services, including a VISA payment card, and a bigger set of choices for on-ramp, off-ramp, trade and savings options. Additional plans include expanded support for assets and chains - currently the wallet supports over 50 assets including Bitcoin, Ethereum, Binance Coin, Tezos, and Terra - and further developing its Keyless Wallet security technology. The investment comes less than a year after the company launched its wallet on iOS and Android in early 2020, and less than three months after it shattered its previous annual processing volume records reaching $100 million in the first quarter of 2021 alone. Unlike existing hosted or self-hosted solutions, ZenGo’s multi-party computation based Keyless Wallet technology replaces the traditional and notorious crypto private key with two independently created mathematical secret shares, while remaining on-chain and user-controlled. Unlike crypto exchanges, ZenGo cannot access users’ funds, and unlike traditional self-hosted wallets, backup and restoration of accounts are simply secured using facial biometrics. This novel approach allows ZenGo to safely and seamlessly put full ownership and control of digital assets where they belong - solely in its users’ hands. “We believe that a true crypto-based future will require solutions that are radically simple, mobile-first, and built on-chain”, said Ouriel Ohayon, co-founder and CEO at ZenGo. “Our approach to security, based on MPC, eliminates traditional single points of failure, and has helped us build an innovative consumer-grade wallet that makes crypto simpler, and also an order of magnitude safer.”

“What excites us most about ZenGo is the team. The co-founders bring a special combination of consumer know-how and crypto expertise to the table,” said Jeff Horing, co-founder and Managing Director at Insight Partners. “They understand the latest developments across the ecosystem and push the limits of threshold cryptography and Multiparty Computation (MPC). As new protocols mature, the team has innovated with products that enhance the user experience. We are thrilled to partner with ZenGo as they continue to scale and reach new consumers.”