TAGS:
Israeli company Artlist, which offers free licensed music, stock video clips, and sound effects for digital creative industries, has appointed four new senior management figures to its team. The company provides video content creators with over half a million digital assets, and made the appointments after undergoing accelerated growth during the past year. Those appointments include VP of Product Asaf Porat, who previously managed product teams at Fiverr; VP of HR Yael Shaar-Frisher, who was VP HR at Gett International; VP of R&D Oren Bilgoray, who was a managing director at Via; and General Counsel Ilil Livnat, who served as the Legal Counsel EVP for Reshet-Media Ltd. and as a director for Israeli Channel 12 News.

Artlist owns and operates three platforms that provide users with over half a million digital assets through catalogs that are updated daily, and include music and sound effects on the Artlist.io platform, stock footage on Artgrid.io and templates, presets, add-ons, transitions, and motion graphics on MotionArray.com, an American digital asset platform recently acquired by Artlist for $65 million. Artlist operates based on a yearly subscription with unlimited use, while preserving the quality of the media it provides. Some of its clients are Nike, Wix, Coca-Cola, Ikea, Google, Mercedes, Adobe, Netflix, Dior and others. 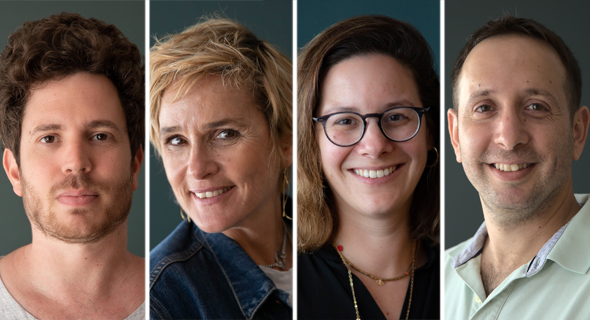 Asaf Porat helped found the Hotels and Travel product at Wix, served as Product Group Leader at Fiverr, founded the first social network for foreign-born communities Homeis, mentored startups on the Google Launchpad and was one of the founders of the Israeli Product Managers community. Porat was recently appointed as VP Product at Artlist, where he will be responsible for setting the company’s cross-organizational roadmap and managing the product building processes, from specification to design, development and all the way to market release.

Yael Shaar-Frisher has 15 years of experience in the field of human resources. Over the last two and a half years, she served as VP of HR of Gett, a taxi service company, after serving previous positions as Head of HR of the HQ and R&D teams at organizations such as Amdocs, Sisense, and Gilon. Shaar-Frisher was appointed as VP HR at Artlist, where she will be in charge of growing the company’s human capital.

Oren Bilgoray previously worked as a director at Via, where he led the Navigation and Driving Experience field, and increased the group’s development power. Prior, he was a director at Perfecto Mobile. As VP of R&D, Bilgoray will improve product quality and implement healthy, fast development processes.

Lastly, Ilil Livnat is a seasoned lawyer in telecommunications. She was part of the founding team of the children’s channel Jetix in Israel and managed its sale to Disney Corp. She served as Legal Counsel EVP for Reshet-Media Ltd. and as a director for Israel Channel 12 News for over a decade, where she managed the Endemol Global investment deal. Livnat was appointed as Artlist’s General Counsel, where she will build and manage the Legal team, match use licenses to evolving international regulations, provide legal answers to users regarding the unlimited use of the catalogs’ assets, and serve as the secretary of the company’s board of directors.

“The addition of the new management team members is another step in the company’s growth over the last five years,” said Itzik Elbaz, who serves as Artlist’s co-founder and co-CEO. “We’re aiming to establish a high-quality and robust human capital infrastructure that will allow us to make sound strategic decisions regarding the company’s continuing fast growth and development. We are excited to have senior professionals from some of the best companies in the high tech industry joining the team and believe that we will make Artlist an integral part of every content creator’s creation process worldwide.”

How Israeli B2D is storming the market
Recently Read