TAGS:
Innovation may be a popular buzzword, but Shai Albaranes spent months researching the topic to define it for ORBIA, a large multinational corporation. The key components of his definition are that innovation is something new that addresses a need and will bring in more money than it costs to develop. As the vice president of innovation and ventures at ORBIA, Albaranes oversees a variety of programs to inspire these new ideas. There is a venture capital program to invest in startups and an initiative to encourage employees to develop their own innovative ideas. He advises that corporations must think about innovation as a portfolio of many activities of various complexities and time frames. Though many ideas will fail, the successful ones will make the efforts worth it.

I’m extremely excited to have you talking about corporate innovation. You have to tell me how you started by creating a board game.

After my Army service, I started a lousy job, and it was the 50th anniversary of Israel. A friend of mine and I said, “This must be a very, very good business opportunity.” We came up with the idea that kids do not know the history of Israel. So if we can teach them in a very fun way the basics about the history of Israel, that would be great. It was successful.

You've done quite a few fascinating things leading up to corporate innovation. You have been at McKinsey and Netafim. Talk to me about your process up to today.

Looking 20 years back, there is kind of a thread that's connecting all these things. But when I was doing each one, it didn't seem like there was a story. After the startup company that developed the board game, I said, “Okay, I need to get a technology education.” So I went to do a computer science degree in the IDC, and I was very fortunate to be accepted to the Zell program in IDC. This was the first year of the Zell program.

I understood that I love technology, but I like the business side of technology. Then I worked for a few startup companies, mainly in business development and marketing. Then I went to do my MBA at INSEAD, which was a great experience. But the real business school of the world is consulting. I joined McKinsey, and I did that for a few years. Then in 2012, there was a very interesting opportunity to join Netafim. Netafim is an Israeli-born company and today is the largest irrigation company in the world. It's now more than a billion dollars in revenue.

Could you share the backstory of Netafim, why it was innovation through necessity?

People were looking to grow stuff in the desert because you know a big chunk of Israel land is a desert, and people were sent to inhabit the desert. Netafim was founded by one of the kibbutz in Israel because they needed a way to cultivate the desert. They partnered with an engineer who came up with the original drip concept, and they launched Netafim, and 60-something years later, it is the largest irrigation company in the world. 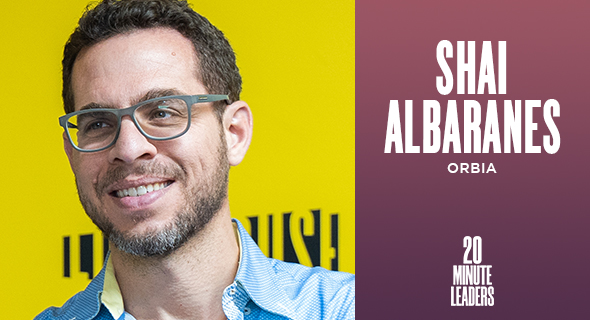 How did you get enticed by this idea of innovation? At ORBIA, you are, literally, tasked with leading innovation. How does that come about?

At Netafim, I did various positions. The last one, I was managing the company product portfolio. We were constantly thinking, what is it that we can innovate? ORBIA is a very large public company and multinational. They acquired Netafim in 2018. In the same months, a new CEO came to ORBIA, and he started a very, very ambitious transformation program. He was looking for someone to lead the innovation. He pulled me out of Netafim and put me in the ORBIA management team, and told me, “Corporate innovation: go build it.”

A lot of people hear innovation and think it’s a bit of a fluffy word. What is innovation in its core?

The first thing was to define what is innovation for us because innovation in a startup is completely different than innovation in a large multinational. I spent the first six months doing a lot of research on what does it mean to have innovation in the corporate world. I met startups, VCs, incubators, accelerators, and academia, and I read thousands of books and articles in order to be able to clarify what is it we want to do. The first thing was a relatively simple definition that everybody will understand. Internally, we define innovation as creating something new that addresses a need and—this is the important part—the economic value that it will generate is higher than the cost of developing it.

Why is that important?

It's an important piece because 95 or so percent of the global IP or patents that are created are never commercialized. An invention is something new; innovation is making something real and economic out of this invention. Innovation is different than creativity. It's different than invention because most inventions are never commercialized, not because they're not novel, but because there's no economic value.

Then the second step was to understand that innovation is actually not a single term. There are different types of innovation. The classic one is the difference between core, adjacent, and transformative innovation. As a corporate, you need to invest in all three dimensions.

Realization number three was about the fact that innovation again, in the context of a corporate world, is not an activity, it’s a portfolio. If you invest in one company, you have a 90 percent chance of failure. But if you invest in 30, you have a certain probability that you can, out of the entire portfolio, make a profit. This is exactly the same way to think about innovation. It's a portfolio of activities: some of them will fail; some of them will succeed. Realization number four is about the time horizon. Some of them are short-term, some of them are medium-term, and some of them will pay out 7-10 years out. It's important to understand that if you really want to be successful in innovation, you have to think about it as a corporate function, like finance, marketing, IT, or R&D. If you don't manage it this way, it will never succeed.

How do you go into an organization of 22,000 people and encourage innovation within the core of the company?

First and foremost, if the CEO and the senior leadership do not think it's a top priority, it will never succeed. I'm fortunate to have a very, very visionary and truly great person as my CEO. Within corporate innovation, we have six programs. One, we have ORBIA Ventures, which is the corporate VC fund of ORBIA, with $130 million that we invest in startups that are strategic to our businesses. Then we have a startup partnership program where we want to take products or services developed by startup companies and expand our offering through a commercial partnership. We have an advanced analytic program, which deploys advanced technologies, like AI and machine learning, into our activities. We have a program called ORBIA Lighthouse. This is actually a venture studio, an internal incubator. The fifth program is Launch Pad. It's an internal innovation program where every person in the organization can participate in innovation, and we coach them and train them, and we give them a budget to pilot. We already have eight of those projects in implementation.

How does it actually work? They have their daily job, yet they're saying, “I also want to spend some time innovating.”

The last piece in the puzzle is the circular economy. Basically, it's how do we, ORBIA, become more circular? How can we make a profit but also do it in a positive contribution to the planet?

My wife said ambitious, a leader, and high standards. I thought curiosity, perseverance, and growth. 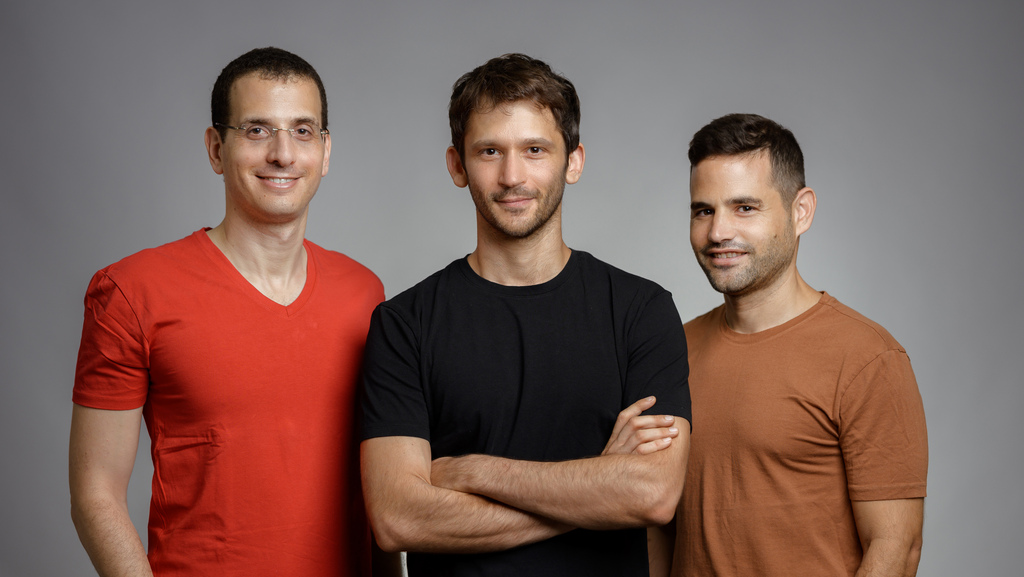