Google is setting up its "radical" lab outside the U.S. for the first time, and the project’s Head of Strategy Dr. Adi Aron Gilat, is moving back to Israel to find the right people to join

TAGS:
What was once known as Google X, the tech giant's most far-out idea hub, is now on its way to Israel. The Jewish state is planned to be the first country outside the U.S. to welcome what is known in Google's parent company Alphabet as the Moonshot Lab. In about two months, Head of Strategy at X, Dr. Adi Aron Gilat, will return to Israel and will begin recruiting a small group of scientists, fewer than 20, who will work on futuristic developments in such fields as agtech, clean energy, and robotics. Technologies that sometimes are referred to as Deep Tech. Furthermore, X is looking to promote collaborations with local universities. The Israeli laboratory, which will serve as a “sister-lab” to the one located in Silicon Valley, will operate at first from the local Google office in the Electra Tower in Tel Aviv. 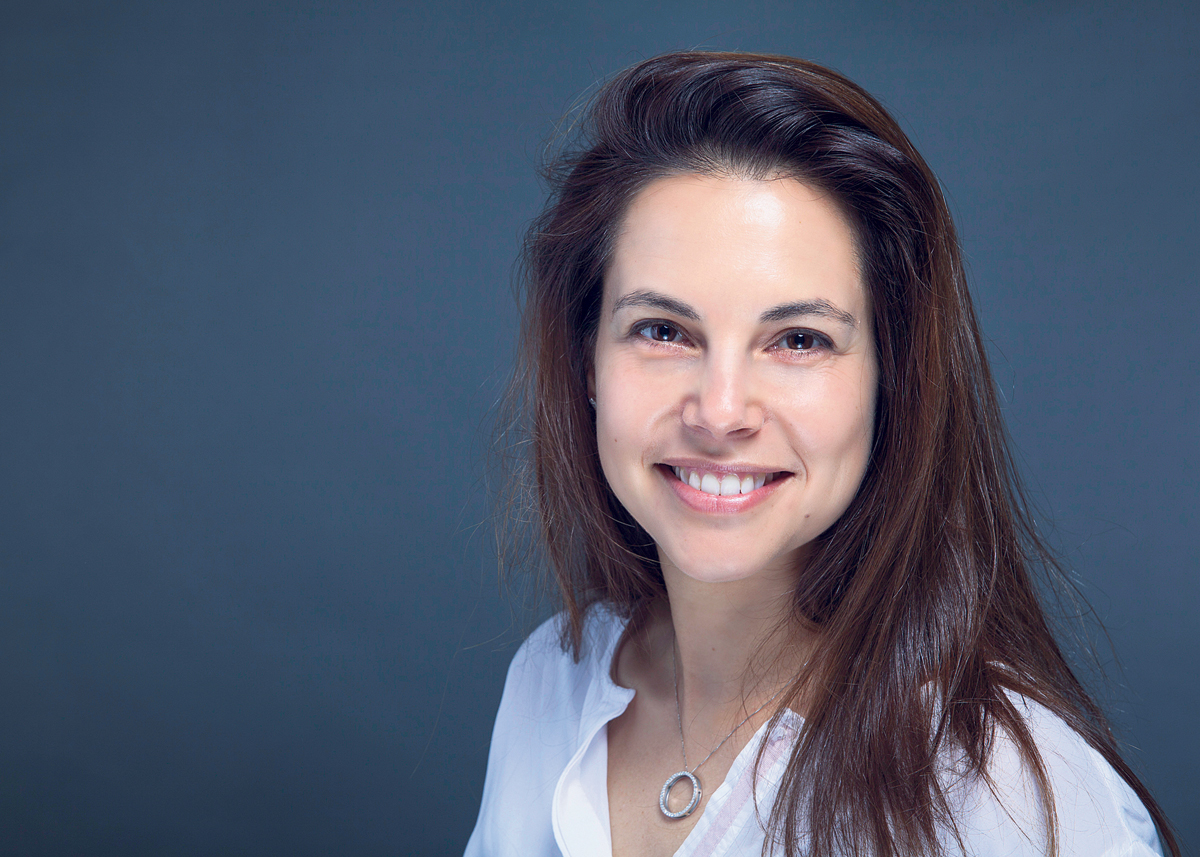 Dr. Adi Aron Gilat. Photo: Courtesy
In a special interview with Calcalist and the first with Israeli media, Dr. Aron Gilat reveals the new project that is leading her back to Israel with her family, after two decades in Silicon Valley. What defines a “moonshot idea?” "To get into our lab you have to highlight a big issue like how to connect people to the internet or how to feed humanity. You need to suggest a radical solution for it and develop groundbreaking technology," Dr. Aron Gilat explains, "it does not have to happen fast. Our projects take five, even ten years before becoming independent companies, and on the way, we shoot down 95% of the ideas. We are not an investment arm, neither a venture capital fund nor an incubator. Our vision is five to ten years forward in projects, and with healthcare projects, it can take even longer, but the job description is to make the world a better place. In the past, we tried to come up with a list of ideas ourselves, but when we saw that it was endless, we decided to work the other way around, so today we want people to come to us with their ideas." The most well-known and successful example that came out of the "mad scientists’ lab” is the decade-old autonomous vehicle company Waymo. It has raised $3 billion since it split from Alphabet's innovation lab to become a subsidiary in 2016. Other notable examples include Wing, a drone company, and Loon, which attempted to provide internet coverage in remote areas by using balloons, but was unsuccessful and closed its doors earlier this year. "Autonomous vehicles are a reality today, but when the project was first born in the lab it was considered science fiction. The problem we came to solve was motor accidents, and after studies showed most accidents were caused by a human factor, the radical solution was to get the driver out of the vehicle, while the groundbreaking technology was the LiDAR motion sensors,” Aron Gilat explains. Why open the laboratory in Israel? After all, there are enough Israeli scientists in the U.S. on the one hand, and on the other hand, there are plenty of other countries with revolutionary ideas. Is it because you are an Israeli? "My husband thinks it is a plot by my mother to bring me back to Israel," Aron Gilat laughs, "but in practice, we decided that with X entering its second decade, we should take the next step and look for diversity. We launched a long process in 40 countries, examining different variables such as the number of people with a doctorate per capita, the number of patents per capita, and even the number of Nobel Prize winners. The ability to take an idea from a lab and develop it into a business, including in international markets was also examined.” "Israel, as the country where revolutionary inventions such as Netafim’s drip irrigation system, the USB flash drive, Givan Imaging's intestinal Pillcam, and of course Mobileye were born and turned commercial, came in first place. We have teams around the world that work with us on certain projects, but this is the first time we are setting up a new lab outside of Silicon Valley. We wanted to leave U.S. borders and also go to people with different ways of thinking.” If there are no budgetary limits, and you are not looking to sell your companies, how do you define your goals? What will be a success?

“Success will be if we will see that in two years the Israeli lab provides our U.S.-based projects with an added value, while new projects originate from here. In the long term, our objective is to build tangible, profitable businesses.”

Aron Gilat, along with her husband who owns wineries in Napa Valley and their four children, will move to Israel in about two months. She joined Google almost seven years ago, almost by accident, but became one of the top Israeli women in the company, if not the most senior. For years she worked closely with Sergey Brin, one of the tech giant’s founders.

"Sergey is not a mad scientist, he has both feet on the ground. He has a lot of patience and he knows not to pass judgment too quickly. With Loon, for example, we built 60 prototypes of the balloon until we formulated the final version." Aron Gilat earned a bachelor's degree in geophysics from Tel Aviv University before studying law at Stanford University. She began working on her doctorate in the field of water pollution but took a hiatus for a few years in favor of several senior roles in Better Place - Shai Agassi's failed attempt to introduce electric cars to the world. After Better Place shut down, Aron Gilat went back to Stanford to complete her Ph.D. and joined Google. Initially, she did not have an official job definition until she found herself at the Moonshot lab, reaching for the stars.
Buzz

To infinity and beyond: get ready for the first Israeli space tech VC
Recommended videos