"I want an ultra-Orthodox to found the next Waze," says Moshe Friedman, a Litvak Haredi who founded the KamaTech organization and accelerator for entrepreneurs from the ultra-Orthodox community in Israel

TAGS:
"Thanks to bourekas we have ultra-Orthodox (Haredi) hi-tech," says Moshe Friedman, an ultra-Orthodox entrepreneur and one of the founders of the KamaTech which promotes tech in the Haredi sector. Friedman is talking about the first time in which he tried to promote an event in the religious city of Bnei Brak and invited experienced entrepreneurs to lecture to an ultra-Orthodox crowd. He feared no one would show up so he added in his advertising for the event that it will include light refreshments. "I was hoping for 30 people but 200 showed up," he said. That wasn't the only pleasant surprise in KamaTech's history, which set itself a lofty goal, but succeeded from the first moment in attracting Israel's top hi-tech entrepreneurs.

Friedman began his path in tech as an outsider, but if he is feeling any bitterness regarding the uniformity which characterizes the sector it doesn't show when talking with him. "Most people in hi-tech are a prototype of a non-religious Israeli man from Herzliya," he admits, before adding, "The people in this industry are amazing, smart, open and wishl to make the world a better place." 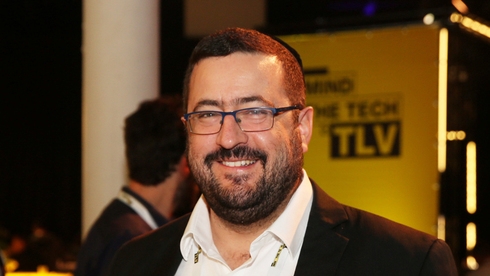 When KamaTech began working on choosing companies for its second cohort they met Gig Levy, an angel investor and currently a General Partner at NFX, who suggested they should provide each of the participating companies an investment to help them get started. He also agreed to provide the first investment for companies himself. Within a few hours, Check Point co-founder Marius Nacht, Facebook Israel GM Adi Soffer Teeni and Yizhar Shai, the former Managing General Partner at Canaan Partners and former Minister of Science and Technology, also agreed to invest a token sum, and KamaTech realized that they wouldn't have much trouble raising a small VC fund, but "it was important to us that the investors wouldn't treat this as a donation but as an investment. What is special about this fund is that it is made of dozens of people from the top of the Israeli tech industry who have themselves founded companies or served as CEOs of massive firms," said Friedman. "This is a very strong network. Yuval Shachar from Team8 told us that we will have one of the best funds in the country because it will provide the kind of support that no other fund could."

The first fund invested in 11 companies and KamaTech is currently in advanced stages of raising money for its second fund. Friedman said that he had no intention of raising money for another fund until he registered an impressive success with his first fund, but members of the fund's investment committee convinced him that even a portfolio that looks good on paper is a strong enough attraction. They began by approaching existing investors and they almost all agreed to make another investment and even double it, meaning the second fund is expected to reach around $12 million, three times that of the first fund. "One of the investors told us that he believes that the next companies that will create disruption will come from the ultra-Orthodox community. Israeli tech is a closed club and as soon as you allow new people with a different education and culture to bring their insights you awaken a new wave of disruptive thinking." But the goal isn't just the profit line? "Of course there is a social goal: to ignite Haredi tech, the startup shtetel, but success will be measured by a good financial return. We are on the way to making a three times return on our first fund and so far the fund has created 470 jobs." KamaTech insists that they aren't providing any shortcuts to the entrepreneurs they accept. "We are far more forgiving, but this isn't forgiveness from a business aspect but rather forgiveness when it comes to the process. A big investor once told me that if he notices the smallest mistake in an entrepreneur's presentation he won't accept him. That isn't the case with us. If there are mistakes in English that is fine. The idea is to identify the talent. We understand the difficulties and 'general' tech may be missing this talent pool." What is different about the Haredi entrepreneur? "The Haredi startups are built in a healthy manner because they built with the aim of being bootstrapped. An average startup raises funds before it even has a product, while a Hardei startup won't do so until it has clients. That is because the Haredi entrepreneur has a family to provide for and companies only raise money at the growth stage. These are companies that are built according to a slim model. People ask how we have reached such accomplishments with so little money and that is because there is also something humble in the amounts these companies raise." How does that fit with the salaries being paid in tech? "In my opinion, they have an advantage with having a quality workforce available to them. A Haredi entrepreneur can easily recruit Haredi employees which other companies aren't recruiting, people that might find it difficult to work at a secular company in Tel Aviv. The core of employees is ultra-Orthodox, but as they grow they begin recruiting more employees and face the same competition for talent as the rest of the industry." Does this help open the Hardei sector? "We don't want to breach the Ghetto walls. We aren't here to change anyone or for some ideological reason - we are here because everyone would benefit from the development of a Haredi tech sector."