Salt Security raises $70 million, completes third funding round in less than a year

API security leader Salt Security announced on Wednesday that it has secured $70 million in series C funding, led by Advent International, one of the largest and most experienced private equity investors, through Advent Tech, with participation from Alkeon Capital and DFJ Growth. Existing investors Sequoia Capital, Tenaya Capital, S Capital VC, and Y Combinator also participated in the round. The company has completed three funding rounds in less than a year, raising $120 million over that time, and $131 million in total since its founding. Salt didn't reveal at what valuation it raised the funds, but the company's CEO did note that the valuation has grown significantly with every round.

CEO and co-founder Roey Eliyahu told Calcalist that while it's true that the company completed three funding rounds within a short time, they didn't all require much effort by the company, with demand from investors over the last two rounds being massive. "In this round and in the previous one we turned away investors. I answered dozens of emails telling them that we don't have time and that we have enough money. In the last two rounds, the investors came to us and said that they had conducted an in-depth analysis of our market and that they wanted to present to us what they found. They interviewed dozens of companies in the API sector and hundreds of cybersecurity companies that aren't in the sector. They analyzed all the different aspects of the market and spoke to clients of the technology. They did all the research and came very prepared for the deal. The investor knows how to present the right offer and provide strategic value. This isn't just about money. We entered these rounds because we wanted powerful partners that are behind public companies worth more than $100 billion." 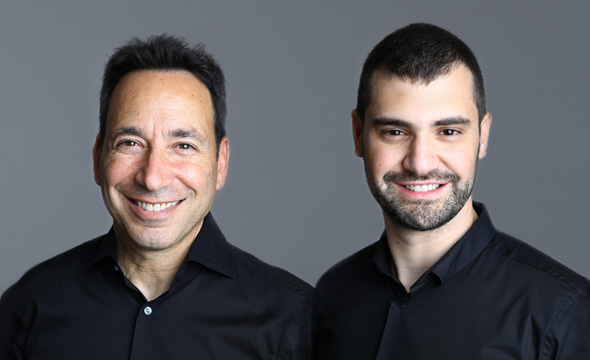 Salt co-founders. Photo: Seli Ben Arie
As APIs have proliferated as part of digital transformation, cloud migration, and application acceleration initiatives, API security incidents have risen in tandem, as attackers realize APIs are fruitful and lucrative to target. According to the most recent Salt Security State of API Security Report, in 2020, Salt customers’ average monthly call volume increased 51% while malicious API traffic grew 211%. According to Gartner, “by 2022, API abuses will move from an infrequent to the most-frequent attack vector, resulting in data breaches for enterprise web applications.”
Related Stories:

Salt, which over the past 12 months has recorded 400% growth in revenue, 160% growth in employees, and 380% growth in the API traffic it secures, also announced that Anton Granic has joined the company as Vice President of Worldwide Sales. Granic, who came to Salt from Nutanix, is focused on global expansion and partner enablement as Salt Security enters its next phase of growth. Salt was founded in 2016 by Eliyahu and Michael Nicosia and employs 65 people, 40 in Israel and the rest in the U.S. Fortune 500 and market disruptors across FinServ, FinTech, Retail, and SaaS industries – including Equinix, Finastra, TripActions, Armis, and DeinDeal – are all clients of the company.
Buzz

$100 million funding round delivers Bringg into the unicorn club