Taking it one round at a time

Startups are forever counting down the time to their next funding round, but how can they prove to investors that they are deserving of more money?

Startups live from round to round. Every funding round has a strategy that is built around a road map that leads to… (you guessed right!) the next funding round. We raised an initial $2.7 million at Piggy and from that moment the countdown began to the date in which the money is expected to run out, and the company’s operational program was built accordingly. The question is how long will the money last and what milestones can be reached by then, or to be more accurate, to be reached six months earlier so that these achievements can be used in order to raise additional funding. And when I look at the company’s budget every day and calculate how much longer we have until our coffers will be empty, it is my job to push the company to achieve the milestones that investors are expecting to see from a company at this stage.

Over recent months we have witnessed an unprecedented wild spree by investors competing for the opportunity to invest massive sums in young companies, in many cases, not so much on the base of the milestones they achieved, but rather more on the reputation of the entrepreneurs or some especially good publicity. But if we set aside anomalies of this sort, a second and third founding round at a startup company is usually based on the analysis of its accomplishments and not just on its potential. Every company is required to define its main KPIs which it uses as indicators for growth and user value, and how to make sure that they display a constant and accelerated growth. For more mature companies this is usually revenue or profits, but for younger companies the common KPIs are the number of clients (or users in the case of B2C companies), initial proof of the feasibility of its business model, or the usefulness of the company’s product or service. Every company is different, but usually investors expect a company to show data that is above average in the categories accepted as relevant for their sector. As soon as an investor more or less understands in which sector the company operates, they know how to pull out the two or three performance indicators that they are interested in using to assess the company’s performance. 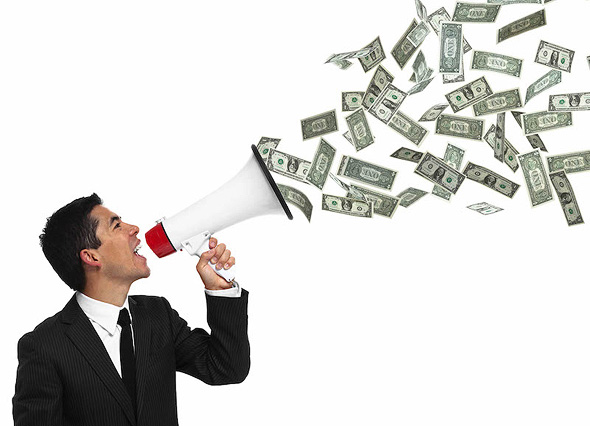 Several weeks ago we uploaded our application to the app stores. Our application is an innovative word processor that enables the creation of personal documents directly on the mobile phone. As of now we have soft launched the product, meaning I’m writing about it here on my blog, but that the company isn’t making any special effort to market it. Our goal is to accumulate feedback, to improve the product accordingly, and to prepare it so that it will be mature and deserving of being widely adopted. In a few months, we will reach the point that we will be around six months away from spending all the money we raised, and will then need to embark on another funding round. When the moment arrives, investors will ask to see the product, but even those who will be extremely excited about it, will not invest until we provide evidence that our product is proving the thesis behind our vision. In the case of the application that we are developing, investors will be expecting to see two main types of indicators. The first is the number of users. The second is a series of indicators that will attest to the app succeeding in providing value for its users. This value will be measured by usage intensity (for example, the number of documents an average user creates each month) and mainly by retention rates, meaning what percentage of people that used the application during one month are continuing to use it in the subsequent month.

We have a few months to prove that we have succeeded in cracking a true market need through this cruel market test and create a product that adequately answers these needs, or pack it up and go home. We will soon begin to feel the pressure ahead of our meeting with the market and with reality, and ahead of it, my goal is to define the indicators that we are tracking. And this craft, of selecting performance indicators and tracking them, is a complex craft.

The initial instinct is to select indicators that are relatively easy to measure and which we believe will allow us to achieve good results. The investors want to see recurring high usage. If we register resounding success, and within a short time we will break usage records, that will happen within itself. But assuming not all of the stars will align at our command from the first moment, we will have to find creative ways to display our potential. Many companies that are developing applications pay in order to attract users, and then make a significant investment in order to retain the users and encourage them to use the application. For example, they build a mechanism that rewards users with virtual prizes should they return to use the app daily (common among gaming applications for example), and bombard their users with messages and alerts to bring them back to the application, if only for a moment.

It is worth it for a company to invest in this type of marketing efforts in order to present to investors impressive figures. This is a classic case of attempting to create smoke without having a fire. The company can show that many of the users return to the app day after day, but those users don’t usually come back due to their interest in the application and the value it offers them, but rather because the company developing the app more or less forcefully dragged them there. All that matters is that they will be part of the statistics and that it will be possible to try and create a false impression among investors that the app is achieving its goals. In cases in which the data doesn’t meet the expectations, many companies will get creative in order to still present figures that will impress investors. For example, only measure the performance of some of the users by filtering out groups of users that hurt usage averages. Or invest in campaigns that are inaccurate, to put it mildly, in order to create an inflation in usage data in the short-term. And if users become frustrated by the false advertising and abandon the application? Well, those companies hope that by then they will have managed to raise additional funds that would then afford them plenty of time to cope with the challenge.

I faced the same situation almost 10 years ago at Playbuzz and I got to experience the miracle known as “viral growth”. In other words, we launched the product, did a little marketing (for free), made an effort, and within a few weeks the miracle happened. All of the sudden, Playbuzz’s product gained popularity and was growing at an unfathomable rate, so that when we proudly presented our performance data to investors a few weeks later we immediately received tempting offers for follow-up investments. How did we do it? To be honest, and it is a little embarrassing to say - it just happened. It wasn’t due to genius marketing or sophisticated campaigns, business partnerships or meticulous management of the community. It happened because the product was good, there was a real need for it and the market simply adopted it. We accumulated millions of users (if I’m not mistaken we reached 80 million users within four months), many of the big clients we dreamed of working with approached us on their own initiative asking to work with us and we created market leadership within a very short period of time. All of this happened simply because the product was good, and of course, thanks to a bit of luck. In this case the luck was that BuzzFeed, a popular website that makes an extensive use of interactive content formats from which our product occasionally drew some inspiration, published an angry article in which they accused us of theft and blatant copying. I thought then, and still think now, that beyond the fact that their claims were baseless (neither them or us invented the trivia or survey format, for example), their decision to denunciate us in public achieved the opposite effect. Suddenly everyone became interested in our small website which no one had previously heard of, and within a short period we made our mark. I’ll say it again, we succeeded because we built a great product. But a good product also needs a bit of a push in order to find its growth engine, and in this case this spark was ignited by our competitors who arrogently thought that they will crush us if they mock us.

Piggy will soon also reach the same junction and now we need to define the indicators with which we will try to convince investors that we are on the road to success. Will we have crazy luck like we did with Playbuzz? I wish, but that isn’t something we can count upon. We will need to find the metrics that will show growth and adoption from users and try and find ways to encourage this usage. For me, the key to that is not to try and show non-existent meteoric growth, but rather focus on “small” quality indicators. In our case, to try and encourage users to create a wide array of documents with our application and share them with other people. What is important for me is not to be tempted to try and guide users to increased usage through artificial temptations, but to really try and create genuine high usage, even if it is only among a small sample of users. If we are blessed with the miracle that happened to Playbuzz and we manage to display phenomenal growth figures, that would be great. But assuming we will be part of the 99% of other companies, those that need to work hard over time before they achieve results, our thesis for justifying an investment will be based on proving true consistent quality at a small scale, and we will look for the investors that believe in our vision, and appreciate our devotion to fine-tuning the experience and the value offering as an impetus for future growth.
Buzz 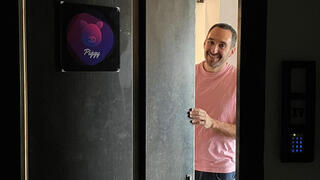 Another turning point, a fork stuck in the road 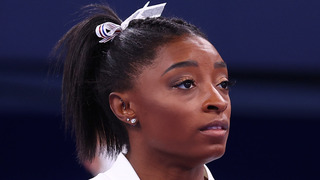 Israeli tech has a lot to learn from Simone Biles