Cinema City, Israel's leading cinema chain, joined forces with Tadiran to create a purified and safer than ever experience for cinema audiences, in the post-Covid-19 era.Tadiran CEO and owner Moshe Mamrud: "As of today, the Air Care 02 technology will be operated for the first time in the world in cinema theaters and will ensure the cleanliness of the air inhaled by hundreds of thousands of people in cinema audiences. This is a new standard that consumers must demand for our health and the health of our children."

Prof. Ariel Kushmaro, Head of the Environmental Biotechnology Laboratory at Ben Gurion University: "These are significant results, with the treatment causing a strong reduction in the concentration of mold, viruses and bacteria in the air in indoor spaces, including cinema theaters. In controlled laboratory conditions, a reduction in the concentration of bacteria, fungi and viruses of about 99% was demonstrated - a promising statistic by any measure." 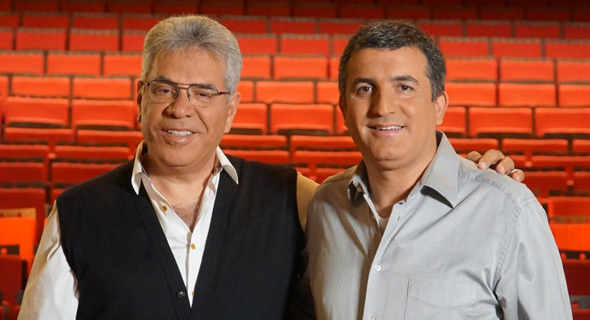 The collaboration formed between Tadiran and the cinema city chain will provide audiences with pure air, which is clean of pollutants and of the highest standard in the world. Cinemas in Israel have reopened their doors to audiences over the past few days, without the purple badge Covid restrictions, after more than a year in which they were closed down due to the Covid pandemic. Cinema City, the leading cinema chain in Israel, is reopening its cinemas around the country and is taking major steps to create a safe air environment, free of medical concerns. The 127 Cinema city movie theaters are the first in the world with air clean of pollutants, due to Tadiran's technology.

Research has found that the air in indoor spaces is five times more polluted than the air outdoors. Four years ago, Tadiran set up an R&D center in Israel in order to develop technologies to treat air in indoor spaces. After the laboratory, which is authorized by the US Food and Drug Administration (FDA), proved that the Air Care 02 technology that has been developed, and which is patent protected worldwide, is up to 99.999% effective in purifying moldy air, bacteria and viruses, Tadiran moved on to the next challenge - to prove the effectiveness of the technology in 'real' places, outside of laboratory conditions. The results of the trial, as conducted in field conditions, confirmed the exceptional effectiveness of the Air Care 02 technology: after operating the air purification system in the theater, about 90% of molds and up to 88% of bacteria were eliminated.

This was a breakthrough trial, which was conducted using scientific protocols, in cinema theaters in the presence of an audience for a sustained period of time. Tadiran's new system is currently being installed in all 127 theaters of the Cinema City chain throughout Israel and is committed to supplying clean air to the audiences coming to the theaters.

Prof. Ariel Kushmaro, Head of the Environmental Biotechnology Laboratory at Ben Gurion University's Department of Biotechnology Engineering: "I have been involved for more than 20 years in a range of subjects in the field of environmental microbiology (bacteria, fungi and viruses) and I am glad to have been involved in trials to test the effectiveness of a new Israeli development for purifying air from microorganisms, which improves air quality. Air purification is obtained through oxidation, which produces the device and is deployed throughout the theater area. These are significant results, with the treatment causing a strong reduction in the concentration of mold, viruses and bacteria in the air in indoor spaces, including cinema theaters. It should be mentioned that on this occasion, we were working with a serious development team, which succeeded in demonstrating the viability during significant activities in the field trial and a more than 80% reduction of the amount of bacteria and fungi in the field trial in the cinema theater. In controlled laboratory conditions a reduction in the concentration of bacteria, fungi and viruses of about 99% was demonstrated, a promising statistic by any measure.

For the health of the public and especially the children

Summer is already here and very soon children will end the school year and will begin their summer vacation. Despite the cancellation of the green badge, so that families can spend the summer months not only enjoying themselves but also being safe, the Cinema City chain will allow children to come to its premises with the completion of the installation of Tadiran's Air Care 02 in all of its 127 theaters.

Tadiran CEO and controlling shareholder Moshe Mamrud: "After four years of development, Air Care 02 technology becomes the first in the world to operate in cinema theaters and will ensure the cleanliness of the air breathed by hundreds of thousands of people in cinema audiences. This is a new standard that consumers must demand for our health and the health of our children. The air that we breathe influences our day to day functioning and so it is important for us to ensure that we spread the message about this, in the field of air treatment."

Cinema City CEO Avi Edery: "Children are the audience that I like best in the cinema. You immediately see on their faces the pleasure and excitement from the movies. So we have taken responsibility beyond the required and chose to take care that the children coming to the cinema will receive the cleanest air in our theaters, while also reducing their ability to transmit infectious viruses to the rest of the audience. We have connected up with Tadiran and equipped each and every one of our cinema theaters with technology that purifies the various pollutants in the air. We are always striving to bring the latest and most popular movies to Israel and on this occasion also to be the first in the world that provides a healthy atmosphere, based on smart technology throughout the time spent in our cinema complexes, in the post-Covid era."