The new Prime Minister made his initial fortune from the sale of Cyota, but has since also made several successful investments

TAGS:
Naftali Bennett’s term as Israel’s Prime Minister will be marked by many firsts. He will be the first premier since 2009 not named Netanyahu for one, the first to come out of the national-religious right, and the first to come from a party with only seven seats in parliament.

He will also be the first Israeli Prime Minister who came into politics from Israel’s high-tech industry, where he made most of his fortune. Estimates have the 49-year-old Bennett's capital at NIS 30 million (over $9 million) most of which he earned in 2005 after selling Cyota, the high-tech company he co-founded in 1999. Bennett is expected to net several more millions in the coming weeks thanks to an investment he made in fintech company Payoneer 13 years ago, before entering Israeli politics. The Israeli fintech unicorn will carry out an IPO through a merger with a SPAC named FTAC Olympus Acquisition Corp., at a value of more than $3 billion. Bennett is believed to have invested several hundreds of thousands of shekels in the company in its early days. Bennett has a long standing relationship with the company’s founder and President Yuval Tal, introducing him to Keren Levy, Payoneer’s current COO, who previously worked at Cyota. 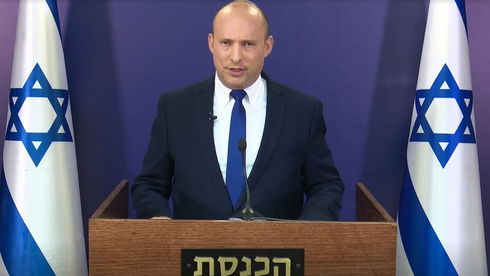 Naftali Bennett addresses media earlier this week Photo: Contact
Israel's incoming Prime Minister launched his career in the local technological ecosystem in 1996, while studying law and business administration at the Hebrew University of Jerusalem. During that time, he began working in software quality assurance (QA) and later in sales, including at I-Scrapr which his older brother Asher founded. In 1999, during his fourth year at the Hebrew University, Bennett and his partners Dr. Michal Tsur Shalev, Ben Enosh, and Lior Golan, founded the cybersecurity company Cyota. The company developed algorithms to verify users’ identities based on the level of risk involved in the online transactions they carry (Risk-Based Authentication). At its prime, Cyota employed 140 workers and was used by banks in the U.S, Canada, England, and Japan, as well as most banks in Israel. Cyota raised $27 million in four rounds led by venture capital funds Bessemer Venture Partners, Israel Seed Partners, Giza, and Poalim Ventures, and was valued at $23 million in its last round in 2004. In late 2005, American company RSA Security announced that it was acquiring Cyota for $145 million. As one of the company's founders and as its CEO, Bennett’s share of the deal was then estimated at several tens of millions of dollars. In interviews after the deal was announced, Bennett stated that a large sum of it will remain in the company and that employees will benefit from it. “We fought to erase the investors’ priority, so employees would profit from the first dollar coming in. I recommend all tech companies do the same, it motivates the employees and is important to them.” 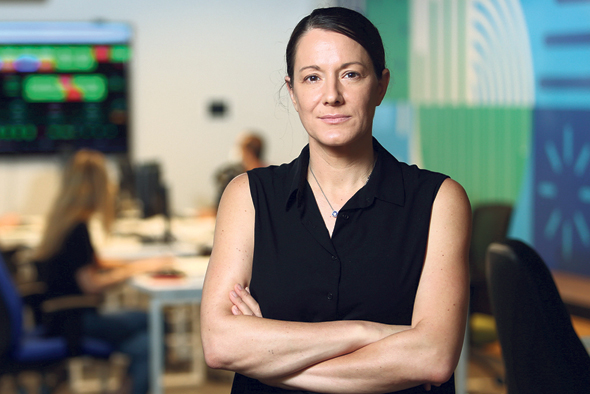 Bennett's former partner and Kaltura founder Dr. Michal Tsur Photo: Orel Cohen
After selling Cyota, co-founder Michal Tsur founded video creation and distribution company Kaltura. The company filed a prospectus with the U.S. SEC in March of this year and is targeting an IPO at a valuation of at least $1 billion. In an interview to Calcalist at the end of 2020, Tsur said of Bennett: “I don’t hold the same political views as Bennett, but I do appreciate his set of values that are behind his political activity. He cares about the country and its existence and that is what led him into politics. We talk all the time and I also appreciate many of his characteristics which I don’t see with other politicians, like setting a personal example or the ability to surround yourself with very talented, creative and smart people.” In a 2005 interview with Israeli media, Bennett talked about the entrepreneurial spirit he had even before Cyota was founded. "In 1999, we decided to meet to start a startup, but we had no idea what it would be. It was 1999, the bubble was at its peak and every reasonable idea with good people got funding," he said. According to the Yamina party leader, one of his partners’ fathers allowed them to work in an attic with internet and telephone access and the team started coming up with different ideas. After three weeks, Cyota’s first idea was chosen, a virtual credit card that will enable one-time purchases online. In an interview with Globes, Bennett said: "We focused on the idea and decided to do research. We quickly built a very basic business plan, and met with one of the less senior executives at Israel Seed Partners. He liked our idea and brought us to meet the rest of the partners. At one point in the meeting with the partners, we were asked how much money we wanted, and without batting an eyelid we told him we needed $2 million. In retrospect, I think it was too bold." When asked how he felt after his big payday Bennett replied: "I am very proud of this achievement, money is not going to change my lifestyle. What will I do with it? I will buy more books. I am very pleased with the merger and think it was the right move for us." Bennett’s second big payday came eight years after the first one while serving as Israel’s Minister of Economy in 2013. Back then, a company called Soluto was acquired by Asurion for $120 million. Four years before that, Bennett served as Soluto’s CEO for several months at the request of some of the company’s investors. He is believed to have pocketed millions of dollars thanks to the deal, with his holdings being held in a blind trust following his entry into politics. “Bessemer’s condition for funding the company was that Bennett be named as CEO,” said Bennett’s partner at Cyota and Soluto, Lior Golan, currently the CTO at Taboola. Although Bennett was at Soluto for a short period, his contribution was valued. Ishay Green, Soluto’s co-founder said in a past interview to Haaretz that he was happy Bennett joined as CEO and that “we wanted to learn from him. But as soon as he saw we were doing fine he let us go. Thanks to him we got funded.” An interesting offer Bennett ended up rejecting came right after his time at Cyota when he was asked to take over as the CEO of Waze, the Israeli navigation app, which was established in 2006 and sold to Google in 2013 for about $1 billion. The man who filled the position, Noam Bardin, was later appointed vice president at Google and made more than a few millions along the way. When Google acquired Waze, Bennett was already in the Economy Ministry, an official statement issued by his office said at the time: "Indeed, Minister Bennett was offered to be Waze’s CEO after the company he owned was sold, but he chose to dedicate himself to public service. And most importantly there is no need for any of the parties to reroute.” Another startup that Bennett invested in was Wisestamp in 2010. The startup provided solutions for small business owners and was purchased in 2019 by Israeli company vCita for an unknown amount. Forbes Israel estimates that Bennett made about $2.5 million from this deal. 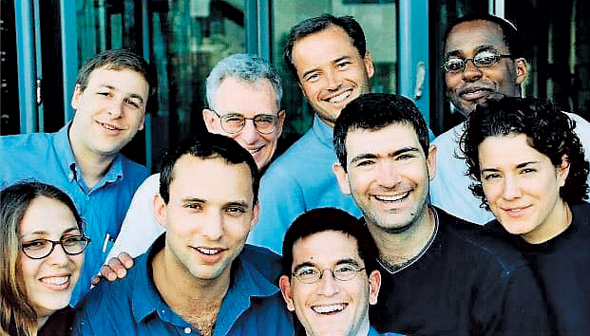 Naftali Bennett (bottom row, second from the left) with the Cyota team Photo: Naftali Bennett's Facebook page
Between 2015 and 2019, as Minister of Education, Bennett spoke many times about the importance of technological education and its role in the strengthening of the local industry. “Israel's education system will be the beta site for technologies in the sector. We will achieve results that no one can predict," he said in 2015. "Technology in education is not a spice, it is not a small and likable supplement that means that instead of seeing things on the board, you see them in videos," he said. "There is tremendous potential here, but in recent years there is a worrying statistic: Israel has dropped from 13,000 graduates with five math study units a year to only 9,000. This is no less than a threat to the country. If we do not change this trend dramatically, there will be no one to develop the tech industry, no one to build Iron Domes, and no Nobel laureates. Israel is open to trying new things, Israel's education system will try, try and dare. “ It is worth noting that Bennett’s political career contrasts with what many think of the Tel Aviv-centered local tech industry. For years, Bennett worked closely with Prime Minister Netanyahu as one of his top aides. Later, he took over the right-wing Jewish Home party, which represents the settler community, before forming Yamina, his current party.