Israel can become the next powerhouse in the food tech industry

In the absence of an active government push, Israel could find itself at the bottom of this race, writes Alla Voldman Rantzer

Bill Gates, one of the richest people in the world, argues that the field of alternative protein is one of the solutions with the highest potential for fighting climate change, which is also the subject of his new book and center of his activity in recent years. Gates calls on governments and the private sector to make a significant change in the way we consume food, first and foremost, he suggests, we all should stop consuming meat. 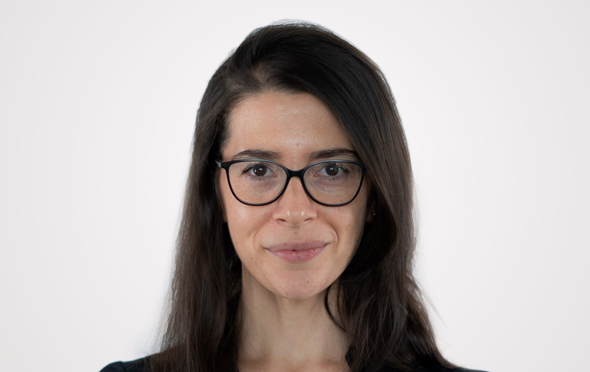 Alla Voldman Rantzer is Director of Strategic Alliances at The Good Food Institute Israel. Photo: GFI Israel
But how does Israel fit into the story? Thanks to the rising global demand for meat, milk, egg, and fish substitutes, the alternative protein market has developed rapidly in recent years. Analysts estimate that in the next decade or so, the alternative protein sector will account for at least 10% of the total global meat market, a market that currently estimated at about 2 trillion dollars a year. Climate change, which affects and will continue to affect food availability and its quality worldwide, is expected to cause instability and rising food prices, which undermines the food security of countries around the world and especially so over countries highly dependent on food imports, such as Israel. In addition, the food we eat has a threatening and growing ecological footprint. Awareness of the significant impact of animal agriculture on global warming, air pollution, land usage, damage to soil and water resources worldwide, is constantly rising, certainly considering the importance of food security, and it’s no longer overlooked by the business sector and governments worldwide. As a result, countries around the world are currently racing to develop the protein of the future that would be the main food component, and Israel has already established itself as a leader in the field, with a concentration of about one hundred companies and startups, and advanced academic research. However, several other countries are trying to seize the lead. For Singapore, a country that imports over 90% of the food it consumes, Covid-19 was a flashing warning sign. Under the 30/30 plan, Singapore is targeting local industry to produce 30% of its food needs by 2030 to reduce its dependence on imports. Investments in alternative protein provide that mean, while meeting the growing consumer demand, and lower environmental impact. The EU does not want to miss the opportunity, too. The Union's innovation and research programs, Horizon, are among the significant steps to reduce meat consumption and encourage fortification-plant nutrition. The Netherlands also recently announced a national protein strategy aimed at increasing the country's local plant-based protein production. The government of Canada has financed the establishment of a plant to extract and produce plant protein in the amount of close to 100 million dollars. And what about Israel? On one hand, Israel is at an excellent starting point in light of the extended amount of research and innovation that the state, the Innovation Authority, and the industry have nurtured over the recent years. But now, with the growing global awareness of the field and its economic and environmental potential, alongside the maturity of the companies towards production and marketing, Israel is beginning to lose its leadership. The lack of infrastructure for production and the ability to launch the products in Israel due to regulation leads to an alarming trend of companies moving their operation abroad. This threatens opportunities for the development of an innovative R&D industry, which could offer over 11,000 high productivity jobs across the country and a contribution of over 10 billion per year in GDP, which is especially important in light of the global economic crisis caused by the coronavirus plague. In the absence of an active government push, Israel could find itself at the bottom of this race. Recently, as part of GFI Israel's activities with the Israeli government, government ministries began to take steps to support the Israeli ecosystem. Emphasis on funding for research and infrastructure for development. Is it enough? Isn't it too late? Only time will tell. Meanwhile, the Israeli food industry also has a significant impact on the advancement of the field through research that will address the challenges facing the industry, in creating infrastructure for startups and regulatory support. The large food companies in Israel can be a significant catalyst in leading Israel to the starting line of the race and this should be as early as possible.