Will you have a job in five years?

"The spike in automation following the pandemic – and the impact it will have on the world’s workforce – will likely shadow all previous recessions combined," writes Dan Fishel, Partner at OurCrowd

Even if you managed to keep your job through the pandemic, the answer may not be trivial post pandemic. The long-term implications of Covid-19 are only starting to unfold, and if you have an academic degree and are relatively well paid, brace yourself for change: Your job will be impacted most by post-pandemic tech.

In just one year, the pandemic has accelerated tech adoption and digitization like no other single event in human history. According to McKinsey, digital products and services have accelerated globally by a whopping seven years, and about 60% of customer interactions are now digital – almost double the rate of 2019. 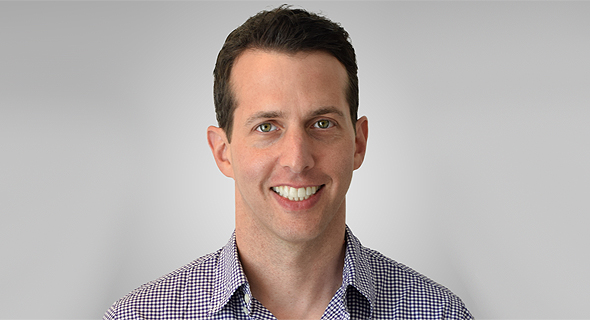 Dan Fishel, Partner, Strategic Venture Initiatives, at OurCrowd. Photo: Naama Romano
Over the past year, the tech sector, the single factor that kept our economy going during lockdowns, has seen record growth – nine out of ten of the world’s largest companies by market cap are now tech companies, compared to only two a decade ago. Investments in Israeli tech startups have gone up 25% in 2020 and doubled in Q1 2021. But while we feel the leap forward in digitization and tech adoption, we may not yet feel the full impact the pandemic has on automation – the process by which humans are replaced by machines. We tend to think of automation as a gradual, linear process: Every year more humans are replaced by more machines. But research shows that advancements in automation are dramatically boosted at times of economic crises.

The last three recessions – 2008-9, 2000-1 and 1991 – were followed by spikes of automation. Millions of employees who got laid off in these recessions were replaced by a mix of technology and highly skilled employees. For example, in the months following the 2008-9 recession there has been a surge in demand for employees who are more experienced, better educated, and most importantly – possess better computer skills.

Are we expected to see the same phenomenon also in 2021? History definitely suggests so, but the 2020-1 recession is different. For the first time, mankind has developed a technology that can replace humans not just in routine manual labor – like in factories and production lines – but also in tasks that require cognitive skills. While still nascent, machine learning, deep learning and other forms of Artificial Intelligence have been replacing insurance agents with bots, bank tellers with Robotic Process Automation algorithms, and farmers with drones. Consequently, in the next five years we are expected to witness a huge leap forward in AI technologies. The unprecedented funding that is poured into young tech companies will supercharge research and development, and nascent AI technologies will mature. The spike in automation following the pandemic – and the impact it will have on the world’s workforce – will likely shadow all previous recessions combined. The debate whether AI will displace employees or generate more jobs (due to increased demand for cheaper AI-powered products and services) has been ongoing for years. Before the pandemic, economists who study unemployment argued that a wave of algorithmic unemployment is unlikely; instead, a slow and gradual transformation in the workforce is to be expected because the rate of tech adoption often falls short of its potential. However, over the past year the pandemic has demonstrated that tech adoption can break records in nearly all sectors and across multiple demographics almost overnight: All around the world governments, large corporations, and small businesses have leaped into the digital age to overcome social distancing. The trend is expected to continue post pandemic, this time fueled by competition. As a result, the next few years will be an exciting time to work in tech, but less so in other sectors if your job includes routine tasks that can be automated. According to the Brookings Institution, the most threatened sectors are office administration, production and transportation, where over 70% of the tasks can be automated. Men, youth, and minorities are at the highest risk. The digital divide will likely rise, as tech may evolve faster than the time it takes to reskill these employees. But surprisingly, if you have an academic degree and a well-paid white-collar job, you’re up to five times more exposed to disruption by AI compared to workers with just a high school diploma. According to Brookings’ analysis, AI will affect virtually every occupational group: The more educated and senior you are, the more digital automation will take part in your daily job duties. AI is already helping radiologists quickly diagnose MRI scans, and insurance companies automatically approve or reject claims. Likewise, the imminent acceleration in AI means that many aspects of our jobs will change, but it’s still early to predict how, and what will the long-term implications on the workforce be. Clearly, your job is secure as long as AI can’t automate it. But insurance brokers, paralegals, translators, lab technicians and financial analysts may be the first to discover that AI is increasingly becoming mature enough to displace them. As governments are hard at work reviving their economies, they should pay special attention to the impact of fast-accelerating automation. Successful countries have always relied on their human capital, and now is the time to educate, train and retrain – fast.