SentinelOne IPO: “It is a wonderful feeling to be the biggest cyber IPO”

SentinelOne CEO and co-founder Tomer Weingarten spoke with Calcalist ahead of his company’s historic day. “For me, the important part of this is the joy that I see in our people”

"It is a wonderful feeling to be the biggest cyber IPO, and still not the largest cyber company. As far as we are concerned, we are still building the company and its value is a result of that, not the main issue. For me, the important part of this is the joy that I see in our people," said SentinelOne co-founder and CEO Tomer Weingarten, ahead of his company's historic IPO, the largest ever by a cybersecurity company with over $1 billion raised at a $9 billion valuation. 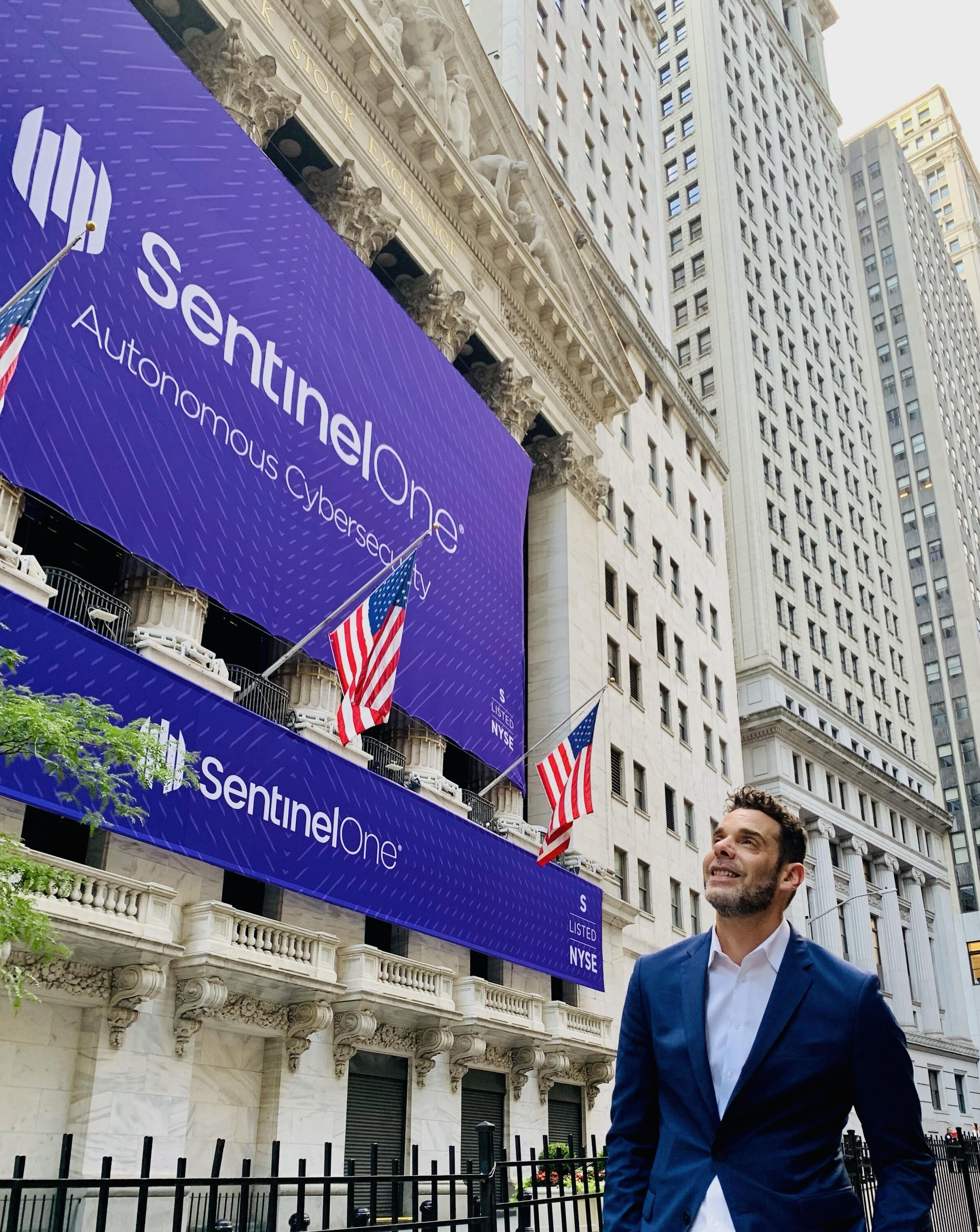 SentinelOne co-founder and CEO Tomer Weingarten Photo: SentinelOne
During its pre-IPO roadshow, the company was said to be targeting a value of about $7 billion with the aim of raising less than a billion dollars. However, within a few days the company's value climbed to about $9 billion dollars. “We are not very price-focused, and we saw during the first days that people appreciate the model we built. We received real-time feedback and realized that there will be a big demand. For us, the journey starts again now and I hope to provide a high return over the years." SentinelOne, which was established in 2013, began its way at Shuly Galili and Gil Ben-Artzi’s UpWest Labs incubator and from there, the company continued to develop very quickly with Weingarten leading the company's business operations from Silicon Valley while CTO and co-founder, Almog Cohen, was responsible for the technological side. Cohen is no longer active in the company and its Israeliness remains mainly in its development culture. ”We are a global company with 1,000 people scattered in many places in the world. There is plenty of Israeli character in the company and in its values ​​that we instill in everyone, but we are not an Israeli company. Israel is important to us, it is a home for 300 of our people and is where most of our innovation is still created. We have other R&D sites but Israel is a significant one with a significant workforce. We are a global company, some of our roots are in Israel and some in the U.S. We are the best of all worlds." Weingarten does not think that Israeli companies receive different treatment when going public in the U.S. "We were treated as a first-class American company. We are one of the most successful IPOs in recent years. We have received multipliers second only to Snowflake, which is an honor to be mentioned in the same sentence with. "I do not think Israeli companies are discounted in any way. Today companies are valued according to their technology, management, staff, and success." With the current global circumstances, like other events, the company's roadshow was mostly virtual. “The roadshow was mostly zoomed-in with very little face to face encounters. It was efficient. We had virtual meetings with 300 investors in one call and it is an effective way for a lot of people," Weingarten said. "I was not excited during. I have already raised $700 million, and this was just another fundraising event, and this time, management and signatories stood by me." When asked about the future as a public company Weingarten said “we will not be different, in many ways, our plans were built for the long-term and they allowed us to go through the IPO. We will continue on our path, we will continue to execute and grow. We have chosen very carefully which investors we want to accompany us and hold our shares, and we brought in long-term institutional investors and fewer retail investors who buy and sell quickly. I guess they will join and we will be happy that everyone who wants to hold our stock will do so. We have made a plan and have forecasts and will place an emphasis on their implementation. We worked as a public company for nine quarters and we will continue to work according to the plans. We are very confident in the strength of our business."

The main competition for the company that developed a technology for protecting an organization’s endpoints is CrowdStrike, which is currently traded at a value of over $55 billion. "In our world, beyond CrowdStrike, there are not many competitors and we are both good companies that meet each other over tenders and take market share from the old actors. We have a lot of thoughts about other fields. We bought an information processing and data analytics company and we are growing and developing it. There are also a lot of opportunities in the market right now."