$26 billion in 4 IPOs, all in one week of work for Israeli tech

TAGS:
How intense and red-hot is the tech IPO market in New York? Analysts and investors who participate in presentations of companies seeking to go public say Zoom rooms are increasingly sparse as they haven’t got enough time for all the meetings, meanwhile, prospectuses are submitted to the U.S. Securities and Exchange Commission with more and more typos. The IPO market is in a state of pandemonium, which is not expected to stop any time soon, and Israeli technology companies are enjoying the momentum. The value of all the Israeli companies trading on Wall Street has already passed $300 billion, which is more than the entire Tel Aviv Stock Exchange. Similar to the general statistics, the Israeli IPO scene signals one thing clearly, this is the kind of celebration not seen since 2000. 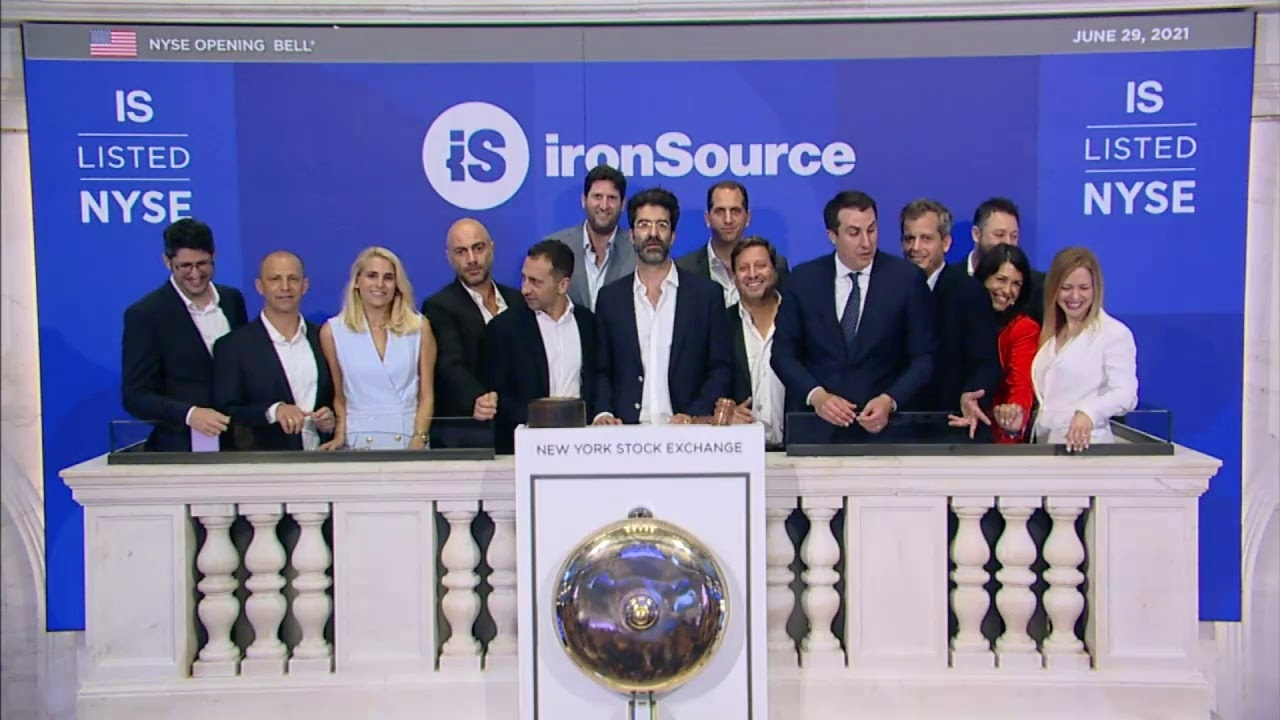 And while four new Israeli companies began trading on the Nasdaq this week, the real story lies within the magnitude of the funds raised and the valuations that the companies receive. Those historic figures for the Israeli ecosystem, leave private fundraisers in the dust and remind the market that despite all the superlatives unicorns and the venture capital funds that nurture them received, the really big money is still in the public market.

Investors are looking for more risks

Software company ironSource, which for now, holds the title of the largest Israeli offering, raised $2.15 billion through a merger deal with a SPAC company at a record value of $11 billion. This past Thursday it was joined by cyber company SentinelOne, which raised $1.2 billion at a value of $9 billion, the largest cyber IPO in the history of Wall Street. When compared to the two cyber companies, Payoneer’s IPO which raised $1 billion at a value of $3.3 billion, and Taboola’s IPO, which raised half a billion dollars at a $2.6 billion valuation, suddenly seem like much smaller deals. This exceptional week was motivated by the general hot air and the big money flowing in the financial system, as well as by the calendar. Many want to finish their IPOs before the end of the second quarter so they can avoid updating their prospectuses, and enjoy their July 4th holiday. The daily record-breaking highs of the U.S. stock market, which barely budged two weeks ago when Fed Chairman Jerome Powell signaled an interest rate hike, of course, fuels this IPO fever. Since the beginning of the year, several other unusual deals were made for Israeli companies, including software company monday.com, which raised $570 million at a value of $6.8 billion and is already trading at $10 billion. Global-E, SimilarWeb, WalkMe, Innoviz, Talkspace, and Playtika raised a total sum of $9.2 billion, and are all valued at more than $1 billion each, whether through a regular IPO or SPAC merger. Israeli companies, along with many others, flock to the arms of investors, who, for their part, are clamping for more and more risks. Do all these companies have a stable business model? Will they be able to turn a profit? Does their technology work and is it unique enough? No one really wants to delve into these questions, when the market is booming. It seems that retirees from the U.S. and from around the world will be the ones dealing with those questions, once they receive their investment portfolio reports years from now. But in the meantime, everyone wants to live this moment and not think about what will be. How big can the bubble get The first half of 2021 ends with a record $350 billion in capital raising for initial public offerings. There were 17 first public offerings completed just this past week, the third such week this year, numbers not seen since 2000. The second quarter will likely continue to break historical records from that blessed-cursed year. 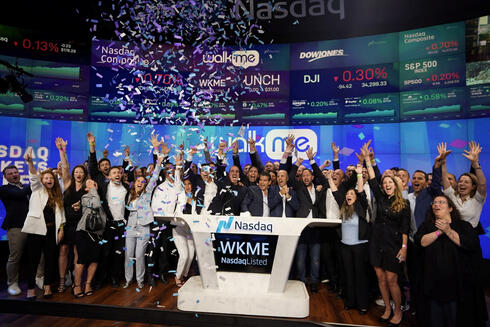 WalkMe Nasdaq launch in June
The previous record was set in the second half of 2020 with $282 billion. These numbers show that Israeli companies, large and successful as they may be, are still a drop in the fundraising ocean. Market estimations say that the annual fundraising sum will exceed $420 billion, and will break the 2007 record. 2007 is also a year reminiscent of 2000, as well as a year of highs and the year that paved the way for the great collapse in 2008. The historical figures discussion is usually accompanied by a bubble discussion, with the key question being “Are we in a bubble?” The answer is absolutely yes, but just as I wrote here about six months ago, that doesn’t mean the bubble will not continue to grow. It will take a few more powerful signals from the Fed regarding inflation, halting plans to buy financial assets, and perhaps even raising interest rates in order to stop the search for growing risks. 400 SPAC companies are looking for a match It is not all tech of course when considering recent IPOs. There are other companies, like the popular shoemaker Dr. Martens that was revived from the 1990s and received a valuation of £3.7 billion (about $5.1 billion) or the Swedish oatmeal producer Oatly, which had one of the most successful IPOs in recent weeks.

Unlike in 2000, not every new company spikes during its first trading days, and won’t necessarily rise after that either, which shows that investors still maintain a certain kind of selectiviness and understand that recent offerings can stretch a company’s value to its maximum. Insurtech start-up Oscar Health dropped 40% since its IPO and the London-based delivery company Deliveroo also lost 26% on its first day of trading. This is proof that discretion has not yet completely drowned in the sea of ​​risk.

Unlike the year 2000, most companies come with a business model, with a much higher revenue level than previously issued companies, although the vast majority are deficient on the profit side. The big exception is the SPACs, those hollow companies that are looking for a viable candidate to merge with. While there is some SPAC fatigue among institutional investors, more than 400 SPAC companies are looking for a match, holding $128 billion. This money has to go into companies or it returns to the investors plus interest if not used within two years of raising. This makes SPACs less picky and could turn companies public before they are ready, neither in terms of performance nor in terms of conduct. The prevailing estimate is that the IPO market will continue to boil in the third quarter, based on existing prospectuses, SPACs deals, and on the first lesson Wall Street professionals are taught on their first day - IPO windows are always only open for a short period of time. The fear that interest rates might rise earlier than expected only increases the sense of urgency. Different prices for Israeli and American companies Israel has another respectable representative that will reach Nasdaq during this third quarter, fintech company eToro. It is expected to begin trading following the completion of a SPAC merger deal that will put its worth at $10 billion. Other SPAC deals close to fruition include REE, Cellebrite, otonomo, Arbe, and Innovid. Dozens of other SPACs representatives are on the hunt for Israeli companies, or as one American banker described them this week, "very horny money," looking for technology companies that can be taken to New York. 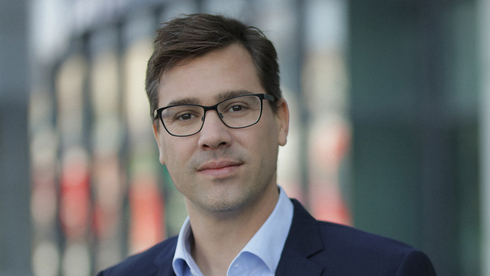 eToro founder and CEO Yoni Assia Photo: Dudi Hasson
The recent wave of IPOs and mergers also produced a new tier of Israeli companies on Wall Street, which cast a shadow over older actors such as Check Point, NICE, or WIX. It also raises the question of whether Israeli companies receive equal terms like their American rivals? One example could be eToro, which has a higher number of customers than the popular Robinhood app, but it is priced for its offering at half the value that Robinhood is targeting. One caveat here is the fact that most of eToro’s customers are outside the U.S., while Robinhood dominates the young American market. Unicorns’ independence But the most important question of all is who benefits from this unprecedented wave of offerings? First and foremost it is the bankers who serve as underwriters. Wall Street executives are expected to receive hefty bonuses for 2021, and the banks' financial statements, led by Goldman Sachs and Citi, which currently lead the IPO charts, will receive a boost. The biggest winners in Israel are, of course, the founders, veteran investors and also employees of the newly traded companies. Unlike in the past, today it is customary to sell some of the shares at the time of the first IPO and enjoy a big payday. However, there is a buzz around the high-tech industry regarding a kind of Stockholm syndrome gripping employees. Suddenly the current valuations are not high enough and employees are deciding to wait for them to increase. This of course may or may not happen. "Why should we sell now? I did not work days and nights for three years just for NIS 5 million, I am not a child," is a conversation that was heard this week in one of the kitchens of the high-tech companies in question. And of course there are macro effects on the whole of Israel. On the challenging side, there are the dollars that are constantly flowing into the economy and increasingly inflating the local currency, which makes it difficult for other industries. On the plus side, these are huge companies that are growing here. An IPO worth billions of dollars, with hundreds of millions of dollars in fundraising, changes the usual trajectory of an Israeli company - founding - some private funding - sale. Billion-dollar public companies tend to remain independent because they are sometimes just too expensive to purchase even for their huge competitors, and this has tremendous significance for employment and permeates into additional circles of business that exist around the new local bigtech generation.