Shuly Galili, Founding Partner at UpWest and an early investor in SentinelOne, tells CTech about the company's 8-year journey from a dream to NYSE

This is a special month for us at UpWest, as our portfolio company SentinelOne — where we were the first check in 2013 and strong believers from Day Zero — officially IPOed on the NYSE under the ticker “S”. We continue to be impressed by what Tomer Weingarten and his team have achieved over the years: building SentinelOne to be the world’s first autonomous cybersecurity platform using behavioral AI to detect and remediate malware across all endpoints.

SentinelOne’s journey to IPO is remarkable and we are proud to have had a front row seat in funding and supporting what was then a two-person team and is now a global company that has scaled its operations to over 1,000 employees worldwide serving thousands of customers. 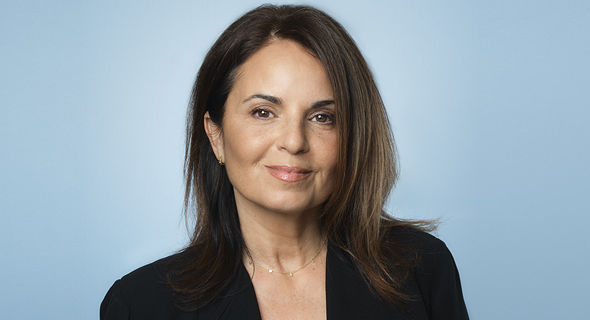 We met Tomer and Almog early in 2013, while the two founders had a big vision but very few lines of code. We couldn’t help noticing their high conviction to disrupt the antivirus market. They believed that the next generation of solutions would be autonomous and rely heavily on machine learning, which ultimately turned out to be what differentiated them in a very competitive endpoint security market.

Tomer and Almog weren’t tied to any previous mantra of how to build a company. They were eager to pave their own path. It was clear to them that Silicon Valley is where they wanted to get all their answers from customers and industry experts. With pre-seed funding from UpWest along with our help and robust network, Tomer immersed himself in the CEO role, moved to Silicon Valley and met with anyone who was willing to listen. As early investors, we were deeply engaged in helping the team navigate unfamiliar ground while raising the first institutional seed round and introduced Tomer to the investors that ultimately followed us and led the round — among them Dan Scheinman, who was also a seed investor in Zoom and is still on the board of SentinelOne today.

Mastering the narrative and staying focused on execution

A big part of an early stage founder’s role is to clearly articulate the market opportunity and align the vision with the company’s solution. Tomer is an incredible storyteller, tying the sophistication of SentinelOne’s technology in with the future direction in the industry. He crafted the message and path of SentinelOne, setting very ambitious goals, but also staying grounded and focused on execution and excellence.

A long journey staying at the forefront of innovation

SentinelOne went through a long eight-year journey, which demanded resilience, focus, conviction and also a bit of luck. Tomer had the privilege to cooperate with giants to test his product and thus understand how U.S. customers view the problem he aimed to solve. Tomer managed to bring the best minds in the cybersecurity industry and built a world-leading engineering team, with hundreds of engineers in Tel Aviv. For years, SentinelOne’s team has remained at the forefront of innovation producing cutting-edge products, so it came as no surprise when the company was recognized by Gartner as a Leader in the 2021 Magic Quadrant for Endpoint Protection Platforms.

SentinelOne’s recognition as an outstanding workplace reflects its strong company culture and core values of resilience, tenacity, trust and community: it was named as one of the ten best cybersecurity companies to work for in 2020 by Glassdoor, and recognized as one of the Disruptor 50 companies in 2020 and 2021 by CNBC.

It was clear that the SentinelOne team had the long game attitude about winning in their market. With fierce competition but a clear technological edge and differentiation, their story evolved as new cybersecurity challenges emerged in our world. Today they secure their customers at every endpoint, every device, cloud, or network.

Eight years together, it’s been a tremendous learning experience for us, strengthening our continued belief in Israeli founders. Congratulations from all

of us at UpWest on a successful journey-to-date.

Shuly Galili is a Founding Partner at UpWest