TAGS:
There are over half a million English speakers living in Israel, tens of thousands of them are Israeli citizens who also hold American citizenship or have an additional tax residency, and as a result, cannot receive full digital banking services. The First Digital Bank is aiming to change that, offering Israeli citizens, who also hold an additional tax residency or American citizenship, to open a bank account (individual or joint account) without having to come to the branch in order to receive credit limits and full services in English.

Currently, the banking system does not make it possible for Israeli citizens who also hold a US citizenship or a foreign tax residency to open a bank account by digital means and they are forced to arrive at bank branches in order to physically sign a series of documents. These customers are required to fill out special forms, beyond those required for opening a regular bank account, and which until now, were not made accessible digitally. Moreover, these are hundreds of thousands of Israeli citizens whose first language is English, who have difficulties conducting their business in Hebrew on digital apps. 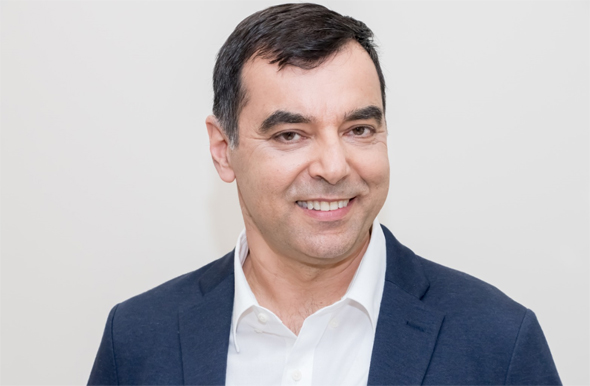 Amnon Shashua. Photo: Yonatan Heffner
“No one should have to spend half a working day opening a bank account in 2021," said Arie Chicotay, VE of Banking at First Digital Bank. "As a technology based bank, we created an infrastructure that will make it possible for any citizen to open a bank account easily and receive customer service, at any time, from anywhere. By combining an app in English, we will remove barriers and make banking services accessible to a significant portion of the population. We hope and believe the banking system will follow our lead and spare their customers from having to visit a branch for a process that can be." The First Digital Bank, controlled by veteran entrepreneur Amnon Shashua, is currently operating in pilot mode and is set to be officially launched to the wide public in early 2022. The Digital Bank is the first new bank to be established in Israel in 43 years. The Digital Bank already has a banking license to operate in Israel, and today employs 150 people. The bank has also signed an agreement to issue credit cards with Isracard and has registered as a trading partner on the Tel Aviv Stock Exchange in preparation for its planned operations in the venture capital market.