“I just love to create stuff. You can be a painter, you can be a poet, but you can also be an engineer or a software developer."

Yariv Bash, co-founder and CEO of Flytrex and founder of SpaceIL, has joined Michael Matias to discuss all things fight and flight.

TAGS:
Yariv Bash loves creating things and inspiring others to be more creative. These passions have led him to impressive accomplishments that benefit Israel and the entire world. Bash co-founded SpaceIL and inspired a new generation of scientists and engineers with the launch of Beresheet in 2019. The company has ongoing plans for Beresheet 2 as well. Previously, Bash was involved in creating the Mahanet camp for members of Israel’s defense and security forces. The three-day event challenges attendees to create a smart but useless project to build new skills and out-of-the-box thinking. He is excited by solving problems, as he demonstrates as co-founder and CEO at Flytrex, which aims to offer autonomous drone delivery for $5. The task is very complex, but Bash says that is what makes it fun to figure out.

You are the definition of an engineer. Tell me a little bit about how you think through this persona.

I just love to create stuff. You can be a painter, you can be a poet, but you can also be an engineer or a software developer. As long as you create, for me, that's the fun part. Today, I'm mostly managing. Flytrex as a whole is creating something that might possibly make a dent in the world.

Take me back to your army days and tell me about Mahanet.

In my military service, I was a fighter in a special forces unit in the artillery corps. After that, I joined, as a student, the prime minister's office. We visited Yossi Vardi's Kinnernet and said we wanted to do the same kind of camp. He told us, "There was another guy here from a different branch of the PMO and an air force commander here. Why don't you all meet up together and create something for all those guys?"

That's how we formed Mahanet. At the end, Mahanet is a creativity camp. Your entry ticket is a project that is smart and useless. Why useless? Basically, we want to enable creativity. We want to enable you to learn and experience new things that you usually don't do. You can go back to your unit empowered by new skills. That multi-discipline really helps. The whole idea is to let you just have fun, think outside the box, learn something new, and meet people that are as creative and crazy as you are so you know that you're not alone in the biggest system in Israel.

It's been called the theme park for engineers. It's a three-day event. You barely sleep. You've got hundreds of people in teams. We've had a water slide simulator and a jetpack above the pool. We have small projects, like a small computer where the logic units were based on water rather than electronics. We had a team building a toilet that runs after you.

In the beginning, it was really hard, not just to get the budget from the different units but also to get some days from their best people. And also to explain this is not a trophy for the best project. This is a creativity camp to empower your most creative ones. 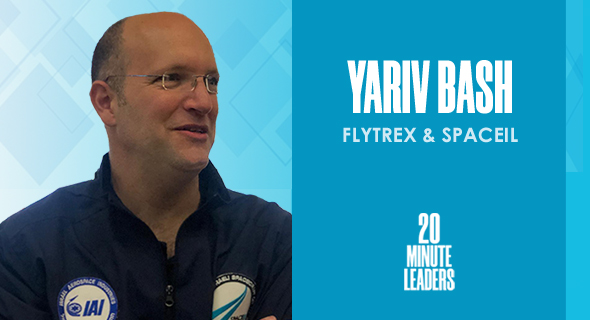 Fast forward to Beresheet, one of Israel's greatest accomplishments.

For me, it was a way of making an impact on the world, when it comes to space exploration, and on Israel, with our educational program. SpaceIL is a not for profit educational organization. During the ’60s, there was the Apollo effect. It made kids go into science and technology and engineering in growing numbers. For us, it was one of our main goals. It's already impacting kids.

SpaceIL started because of Mahanet. In 2010, my project was a tag that sends your ID and receives everybody else's ID in the vicinity. Then I said, "What do I want to do for next year?" I thought about building a rocket, launching it to the edge of space and releasing a small plastic spacecraft. A friend said, "Yariv, you're not thinking big enough.” I said, "What are you talking about? Going to the moon?" That night, I registered the spaceil.com domain name and posted on Facebook, "Who wants to go to the moon?" That's how we got started.

What is it like working for years on what was a moment?

I didn't cry when the spaceship crashed. For me, it was an amazing journey. It was like going to the Olympics for the first time and getting a silver medal. I wouldn't want to spend my days any other way. As someone said, "If you can find someone to pay you for your hobby, it becomes a job."

With Flytrex, you're actually going to change the world in a really meaningful way.

Flytrex is all about delivering a dinner or an iPhone to a family in the suburbs. That's what we do. We're talking about high volumes, lots of deliveries, short ranges, and low margins. I have to perform deliveries for five bucks.

It's a very interesting engineering point because you can't use the consumer drone off the shelf and just fly it. We have to be certified by the FAA and civil commercial type certification. It's the same kind of certification that Boeing Airbus has. So, we're certifying aviation vehicles as Boeings to perform $5 deliveries. Solving that is a lot of fun. You can do drone deliveries today for a hundred bucks, 500 bucks, that's easy. We’re building a system that would be autonomous enough that all an operator has to do is press the green button.

Your famous quote, "If you have a driver's license, you're overqualified to operate our drone."

If you think about it, driving a one-ton car 50 miles per hour on the road, if you sneeze at the wrong time or your attention is diverted, you can find yourself in a car accident. Our drones, they're just robots. They continue doing what they're doing. They just perform over and over again in the same manner as designed.

You showed us hundreds of parts that make up the drone. Each one has to get approved by the FAA. You can't push across the complexity of this project.

We've been doing backyard deliveries in Iceland, flying above the city, beyond visual line of sight four years ago, using a commercial, off the shelf drone. Going from there to the system that’s certified on the national level by the FAA, that's four to five years. As we progress, it's not going to get easier. It's just going to get harder. At the end, aviation is so safe these days. And it's in everybody's interest to make sure that it stays as safe as it is today.

How is the world going to be different once Flytrex is in the market?

We envision a future of instant gratification. Today, when you log on to Amazon, you just click and then you get it the next day. Drones offer the same kind of experience but on demand.

So, if I need tomatoes for dinner or a bottle of wine, buy now. I just saw an ad for the new iPhone, click buy now, and in 15 minutes, it's going to be in your backyard. Once you take the cost of on demand below a certain threshold, companies can offer the service for almost free. Then the end customer doesn't have to think about delivery costs or even about the courier. Our drones don't have any cameras on board, so no privacy issues.

I have three fun questions. Favorite subject in middle or high school?

My favorite time was when I realized that if I drop out of physics, I have only three days of school a week and I’ll be able to play Command & Conquer and Civilization. That was my mind-set back then, and my parents were okay with that.

Somebody who serves as an inspiration for you?

My first one was my grandfather. He was a textile engineer in Hungary. During the Holocaust, the Nazis took 300 engineers out of the conscription camps to work on the V1 and V2 rockets. Out of those 300, less than a hundred survived. Later, he went back there and they gave them a visit, so he made peace with Germany. 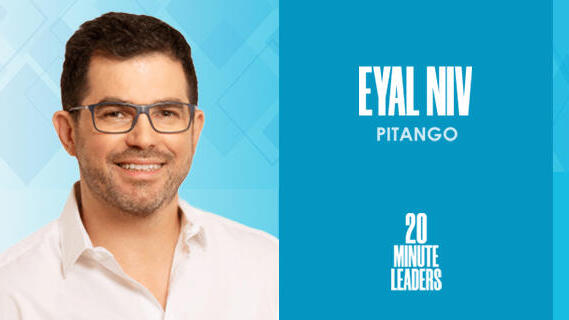 “We focus on things that would really change the world.” 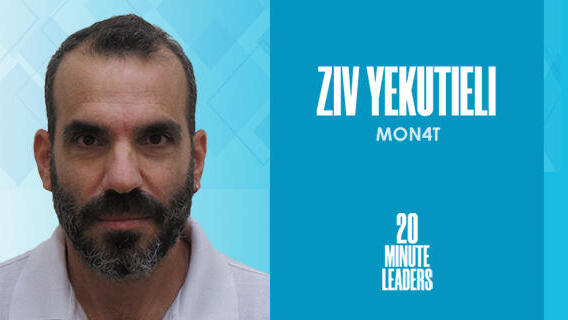 “Neurology is even more strict in adopting new technologies because the brain is a much more complicated organ.” 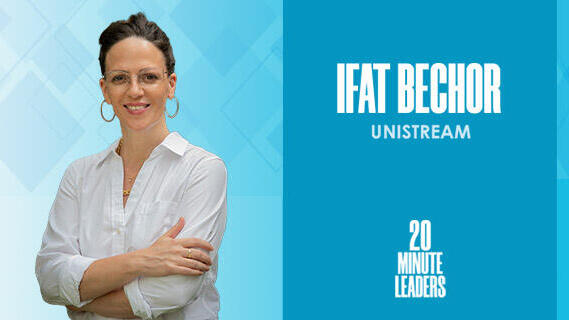