"Non-disclosure agreements are so ancient and basic that businesses execute them without thinking of a future M&A and they tend not to add a provision allowing disclosure in an event of an M&A,” writes Efrat Shuster

Maybe it's because privacy regulation is on the rise or maybe it's just good old-fashioned paranoia rearing its head and infiltrating the modern world of business. But for years and years, the due diligence process of companies entering M&A negotiations has been pretty straightforward, with the acquiring company requesting to know almost everything about the company being bought. Out of courtesy they send a list with all the required information and documents, which pretty much covers everything, and then some, and the future purchased company delivers all the information and documents to the purchaser's legal and financial consultants.

But recently we see more and more obstacles piling up on the due diligence process, preventing purchasers from doing a full and comprehensive due diligence. We first encountered it when competitors started contemplating M&A and revealing information for them is not only risky, but may also raise legal issues with competition law. For this, the competition authority offers a solution of a "clean team" performing the due diligence, and usually an antitrust expert advises on who can be on the clean team and what information can the clean team transfer to either party. 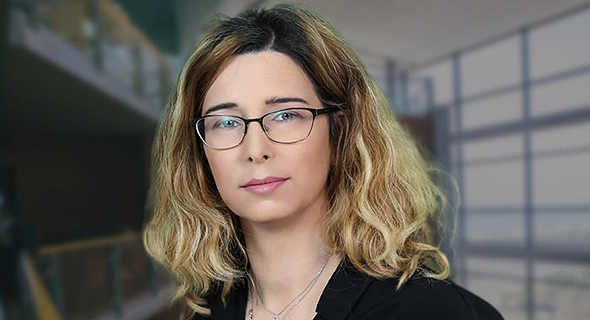 Efrat Shuster, Partner, International Transactions and M&A, S. Friedman & Co. Photo: Micha Brickman
Another obstacle, which is quite recent, is due to new massive privacy regulations worldwide. Companies can't just transfer personal data, especially without the approval of the data subjects. So transferring information with respect to positions, salaries and other data about employees and officers in the company, has become problematic, even if we only transfer it for the purpose of the M&A. However, it is possible to find ways to solve this – for example with providing anonymous information or providing averages and statistics instead of identifiable personal information. Probably the most problematic hindrance is one that's already been here for quite a while, and the two obstacles above have reawakened it, and it's hard to find immediate solutions to overcome it – confidentiality agreements and provisions. Non-disclosure agreements, and confidentiality clauses are almost as ancient as contracts themselves. They are basic for companies' engagements with customers, suppliers and partners. They are so ancient and basic that businesses execute them without thinking of a future M&A and they tend not to add a provision allowing disclosure in an event of an M&A, especially when the thought of an M&A doesn't even cross the mind of the person signing such confidentiality and non-disclosure provisions. So how can a due diligence process be conducted when the seller is subject to a confidentiality provision with its biggest customers or suppliers, especially when sometimes such provisions may include even the existence itself of the relationship with the customer or supplier? It seems that until recently most seller's chose to bite the bullet and disclose information even if it was subjected to confidentiality provisions, usually asking the purchaser and anyone on their behalf to sign a non-disclosure agreement with similar terms in order to grant some comfort, although not necessarily reducing the risk. However, lately, it seems the sellers are less inclined to take such risk. Seeing that unauthorized disclosure is being enforced with respect to competition and privacy, the concern arose that a claim of breach of confidentiality may rise as well. Another factor to cause this growing concern is M&A transactions that didn't close, yet the due diligence process was conducted and the seller revealed confidential information. Fearing that the transaction wouldn't be completed is a grave reason for not divulging information, especially if such information is subject to confidentiality provisions. However, how can a purchaser acquire a company without reviewing its agreement with its main customer? How can a company merge with another company without knowing details on their major suppliers? How can an expert evaluate the valuation of a company or the risks without a proper due diligence process? Efrat Shuster is a Partner, International Transactions and M&A, S. Friedman & Co.