TAGS:
The Israel Water Authority has decided to strengthen the cyber defenses of the country’s water system by selecting SIGA OT Solutions and its SigaGuard system to protect the machinery and equipment that comprise the critical infrastructure which operates in the Industrial Control Systems (ICS) and Operational Technologies (OT) environments. Israel’s water system came under major attacks last year by what foreign intelligence sources have described as an attempt by Iran to disrupt the country’s critical infrastructure. The apparent goal of the attacks was to raise the level of chlorine in the water supply by changing the logic of the Programmable Logic Controller without raising any alarms. These attacks, together with other attacks on U.S. water facilities, highlighted the vulnerability of global water infrastructure and the necessity for independent and reliable monitoring solutions.

SigaGuard can also deal with ransomware attacks on critical infrastructure, which are even a more common threat these days.

The Israel Water Authority chose SigaGuard together with the Security Operations Center (SOC) service provider Cysol Networks, after a successful pilot that tested the connection of several of the country’s regional water and sewage utilities with the newly established SOC for defending against cyberattacks on Israel’s water infrastructure. Last month, four prominent Israeli regional water utilities were linked to the SOC using the SigaGuard solution. 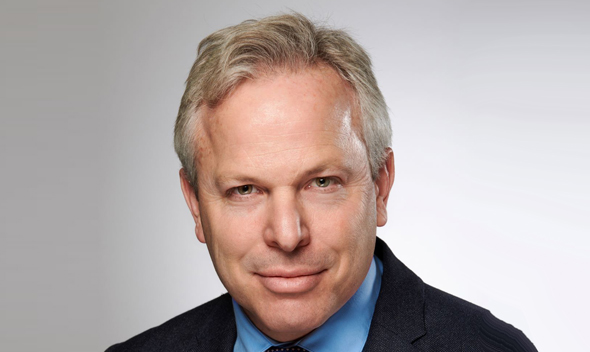 Amir Samoiloff of SIGA. Photo: Natali Kadosh
SigaGuard tracks unhackable electrical signals of the water treatment process, and by leveraging advanced AI engines and machine learning, it can detect initial evolutions of anomalies in the process behavior and send out alerts. In addition, the solution requires minimal use of cybersecurity professionals or expertise.

"Water utilities are at the forefront of global cyberattacks. But utilities have minimal tolerance for a downtime in service, and no utility would agree to a hacker deciding whether its infrastructure will operate or not,” said Amir Samoiloff, SIGA’S co-founder and CEO. “The hacker’s actual attack surface on water utilities is limited, and SIGA has the most suitable solution to deal with this threat, from both the cyber capability and operational standpoint. Our solution is simple, easy to install and is focused on Level 0 monitoring - the level where the sensors and actuators of the water infrastructure are located.”

Apart from water suppliers, the platform targets utilities, industrial facilities, and the chemical industry. The company is active in the U.S., Singapore, Japan, Germany, Israel, the Czech Republic, and the United Arab Emirates, and some of its partners include Phoenix Contact, ST Engineering, and MedOne.