“There is an element of just being in the right place at the right time."

Elram Goren, co-founder and CEO of Fabric, talks to Michael Matias about how the pandemic changed shopping - and how robots can help us with our lives.

TAGS:
Though COVID accelerated much in e-commerce, Elram Goren says that many companies still have to choose between offering on-demand experiences at a loss or just choosing not to compete in that area. As CEO and co-founder of Fabric, he says he offers companies a third option that’s the best of both worlds. Fabric uses really efficient spaces and robots to provide cost-effective micro-fulfillment solutions for retailers and brands. Goren comes from a tech background, not retail or logistics, and was drawn to this problem from the consumer end. He wanted people to be able to get their groceries cheaper and faster and wondered why retailers weren’t offering more on-demand experiences. Now he is helping companies do just that. He believes we will reach a point where it will be more profitable for retailers to run e-commerce than a store while making shopping cheaper and easier for consumers as well. Click Here For More 20MinuteLeaders Tell me about yourself.

I studied electrical engineering and physics back in Israel and at Carnegie Mellon in the US. After school, I joined the IDF. I spent about 10 years in a tech unit there. I’m obviously from the tech side. But in time, we kind of fell in love with this field we're in.

What makes you think of micro-fulfillment as a problem that is worth tackling?

As founders, we actually did not come from retail, supply chain, or logistics. We had no idea about the depth and complexities of some of the problems that we eventually faced. The way we were thinking about this is actually from a consumer standpoint. Fabric was born from a consumer need basically to get your groceries faster and cheaper than going to the supermarket. In time, that evolved into: how do I create the tools and services that would allow my favorite brands or retailers to offer me these types of on-demand experiences? Why is it that they can't offer that today? Solving those problems is what we do today, and that's how micro-fulfillment was born.

Why can't our favorite brands give us the on-demand experience that we really want?

They can, but they can't do it while running a sustainable business. Some companies can afford to lose money on their business on every order, and some businesses can't. Once you scale, it's becoming more and more challenging to do that because you're literally losing more and more money as you grow your business. That's not a great business model. At the end of the day, retailers and brands need to choose between an on-demand experience that will allow them to compete (but has) an unsustainable unit economics type of model or not being able to compete and running their existing business model. What we're here to do is basically to combine the best of both worlds. 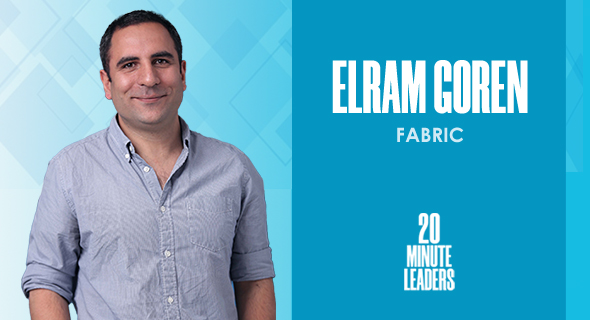 At the heart of it is that in order to allow for speed, you really need proximity. At the same time, the closer you get to your customers, it is actually more and more challenging to run an efficient business because everything that the industry learned about supply chains is that consolidation is how to drive more efficiency. Going closer only makes the situation worse from a unit economics perspective. At the same time, the starting point for a lot of these businesses is that they're already losing on their e-commerce business. When we came and said, "You actually need to go against economies of scale," a lot of people laughed because it doesn't really make sense. The only way it does make sense is if you're able to inject a new type of model and a new stack of tech.

How do robots play a part in this?

You need to get closer, but you also need to be a lot more efficient. You need to be able to utilize low-cost real estate. You need to be able to generate a lot of throughput in small footprints. And you need to be much more efficient in terms of your operating costs. As it happens, robots are really good at two things. They're really good at being efficient in space if you design it the right way. And robots drive labor efficiency. So, if you're able to transition from an operation that's very labor intensive to one where people still are an important piece but they're really focused on the things that people are very good at and most of the work is being done by robots, then you're able to create that arbitrage as well. The combination of those two basically allows us to create this new operating point.

How do you go and explain this to the regular retailers? Is it a common-sense thing for them or does this require more explainability?

I think that it's a combination. It's early adopters that are visionaries. If we went with everything that we have right now, which is a lot more than we had five years ago, and we would pitch this in 2016, most retailers would not buy in. If you're going to go and tell retailers that everything that they've thought of in terms of consolidation is actually the wrong direction because consumers are going for on demand and technology will allow that to be sustainable, you shouldn't expect 90% conversion on day one. But there are a few people that will go with that vision, and they're the greatest champions. That's everything that you need. Once you have those and you're successful with showing that that actually works, then you're going to see more adoption.

Another element is luck. I wish I could tell you that we could predict in 2016 that a year later Amazon will acquire Whole Foods, then Walmart will acquire Jet, and COVID would accelerate everything in e-commerce. I would definitely not call COVID a lucky event for anyone, but from a business perspective, it definitely shifted a lot of things. There is an element of just being in the right place at the right time. You can't run away from that. You just need to be able to leverage that to accelerate the company.

If we're imagining the world in a few years’ time, how does micro-fulfillment work in the world?

I think that it depends on how far you want to look at it. Retail is pretty broad, but if we focus on that for just one second, I think there is an opportunity here not just to be more efficient and to create an elevated type of experience. There is really an opportunity here to end up at a point where it's more convenient for a consumer to order online. It's going to be faster and cheaper than going to the store. They're going to have more selection. This will take time, but I'm a big believer that's going to happen: it's going to be more profitable for retailers to run online operations than it is to run a store. That's not the case today.

I think in the next few years, things are going to get very interesting. I think the beauty of it is that it's really up to the industry, right? Because there's room to get there. It's just a function of “is tech in the mature place that it needs to be?” It also is a function of new players that are entering the market. They're creating a big dent into more traditional industries. I think they're gonna have an even bigger dent.

What fascinated you as a kid, a passion, hobby, or your favorite subject in school?

I loved math. I still love math. I'm going to be a bit nerdy now, but I found it to be so beautiful.

A role model or some figure of inspiration along your journey?

There's a classic answer, which is probably Steve Jobs or one of those figures. That's definitely there, but I'd go with my parents. We have two wonderful young boys, and seeing them grow up and seeing how much goes into that period of time and especially their mother and the loving and care that they're receiving just reflects on the earlier generation.