“I'm either super passionate about something or very bored with it.”

As a leader, Amir Shevat from Twitter tells Michael Matias about hiring people smarter than you and empowering them to make decisions

TAGS:
Empathy and humility are key to success with product and leadership, shares Amir Shevat, head of product for the developer platform at Twitter. Being able to understand and focus on your audience’s problem more than your specific idea for a solution will help you arrive at a better solution, he explains. It is also important to understand that you will be wrong quite often and be willing to test your ideas. As a leader, Shevat says you must be humble to hire people smarter than you and empower them to make decisions, not just follow through on yours. Inspiring other people’s creativity is a theme in his life, as he has gravitated toward developer platforms throughout his career. He enjoys making an impact by providing ways to let other people build world-changing ideas he’d never think of. Click Here For More 20MinuteLeaders You were the first episode of the series. I'm really excited to pick your brain again. What does it mean for you to create products that suck less?

What does that mean, to build empathy with your audience?

I'll give you an example where I failed. At Google, I was responsible for the startup program, and we built a portal for entrepreneurs who want to work with Google to learn about all the resources that we have. We brought entrepreneurs to do some user testing. The most common word they described the site with was "confused."

We did the design sprint, and we experimented with a few designs. We did a new data architecture. We brought different entrepreneurs back. They said, "I get it." We developed a lot of empathy. We understood what entrepreneurs are looking for, their motivations. They have maybe five minutes to understand what is the value.

What happens after the first feedback and you have to decide on action steps?

We did a process called "design sprints." The key is to release yourself from a solution and really immerse yourself in the problem. Instead of focusing on what is good for Google, you need to start thinking about what is the value you're delivering. You switch your point of view to the customer's.

Now you go into the ideation stage and you look at different designs. With the new lens, you look at these designs, and you say, "This actually resonates." You bring other people, and then you verify those designs with new entrepreneurs. You might get it wrong again, and then you try again. But usually, you get it more right because once you develop this empathy, you will create a much better product. 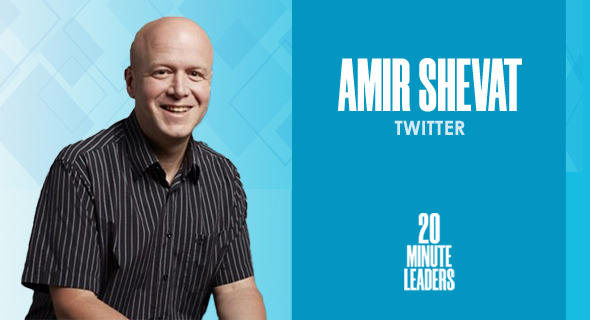 Sometimes short experiments and rethinking the strategy you've had for months can be pivotal to your success, right?

A hundred percent. Usually you suffer from "sunk cost fallacy." You've invested so much in this project. Always be passionate about a problem, not about a solution. Same for entrepreneurs. If you really focus on the problem and on the audience, you actually are more likely to come up with a good solution. You don't get stuck if a solution fails. You can easily come up with another solution for the same problem.

How has your thinking evolved on these strategic scenarios as a product leader?

What are some steps an entrepreneur can do to raise a culture that is humble, that is asking those critical questions?

You need to hire the right people and empower them. You basically fire yourself from the role. Let's say you're an entrepreneur that's really passionate about product and you hire a VP of product: you need to actually give them the power to make impactful choices. Places where I see this fail are entrepreneurs that hire people to just execute on their plan.

In big corporates, I let the least senior people talk first because they're closest to the problem. If the most senior person talks, then everybody aligns to them. But if you start from the least senior, you usually hear the smartest thing that actually makes sense. Even if you're a startup, you can build mechanisms like that to make sure everybody's heard.

Why are you so passionate about product?

For me, product is creation. When you create something from zero, there wasn't something, and now there's a thing that actually impacts. It doesn't matter if you're creating a physical product or a program. I think that impacting people and giving them the platform to innovate is a core theme in my life, like letting people unleash their creativity.

You've really immersed yourself in developer platforms. Why do you have such a strong conviction that this is what you want to be working on?

I think that developers are amazing. Their creativity powers so many things. Our phones have been here for maybe 20 years, and now everything we do is through that phone. These are things that developers built on a platform. I'm really passionate about developer platforms because it gives developers the ability to create things that I would never have thought of.

There's few times in your career where you can make an impact that actually enables all the people to make an impact. I love places where we enable these creative and productive people to do more.

What are some things about developers you've learned?

Developers are opinionated, and they will tell you what's broken, which is amazing because users usually don't. And they are usually right. Listening to your developers is super useful if you're building a tool, service, or platform for developers.

We're just at the tip of the iceberg of what developers could do. I think that everything we do will be touched by software. I think developers are the future and that audience is underserved. I think the tools that we're using still suck. I think we could spend a lot less time on testing and boring stuff and focus on creativity. That's what I want to do.

Tell me about an experience where you came in, immersed yourself with empathy, and it worked?

Something that we did at Slack was to bring developers into the design stage of the product. Then they gave us feedback before we launched, and they built the products that integrated with Slack before we launched. When we launched threads, we had three partners that showed the power of threads through an integration. We built it together. We had high conviction that it would be successful. We were right.

What fascinated you as a child?

Why do you do what you do?

I like Douglas Adams, so I would say "do not panic." I tend to think that most things should not cause panic and you should be chill. If you're chill about life, then life treats you pretty awesome, even if there's hardship.