Fintech finally firing on all cylinders

“Fintechs, for a decade the proverbial outsiders knocking on the door of established institutions, are posting growth other sectors only dream about,” writes Adv. Yair Geva, head of the Tech Division at Herzog Fox & Neeman

Fintech deal-making has n-e-v-e-r been hotter.

Coming out of the pandemic, fintechs have proven their value in a changed world for consumers and business, with online preferred to face-to-face transactions, building on a decade of advances in mobile payments, online lending, digital banking and back-office innovation. 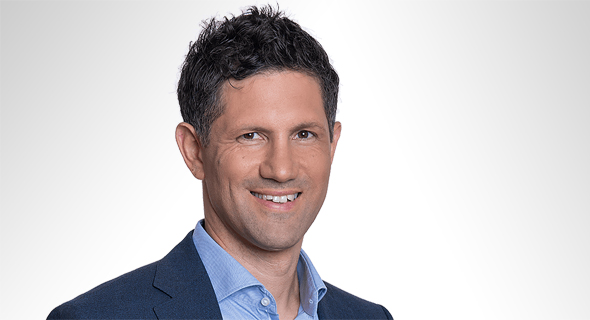 Dependent on private capital fundraising in its formative years, the emerging sector is now the locus of competitive factors that make it both the target for mergers by traditional financial institutions and aggressors themselves, at least among the larger, more mature fintechs. Witness the cross-border firepower of payments player Square, which recently agreed to acquire Australian "buy now, pay later" company Afterpay for $29 billion.

M&A volumes in 2021 have reached record highs in terms of deal values and the sheer pace of activity. Global M&A hit $1.52 trillion in the third quarter and $4.33 trillion for the first nine months of 2021, both all-time record levels, according to Refinitiv data.

Classic tech, healthcare and traditional financial services consolidations are leading the way. But fintechs, for a decade the proverbial outsiders knocking on the door of established institutions, are posting growth other sectors only dream about, with no sign of slowing down, which in turn attracts a wide range of buyers and investors.

Now, no other sector is seeing the frenetic volume of deals in terms of IPOs, M&A, spin-offs and big VC rounds. Boutique investment bank FT Partners estimates there was $135 billion in fintech deal volume in the first half 2021 and the pace hasn't slowed in Q3. Deloitte's corporate finance advisory service, hails this as the "second wave of fintech".

Setting the stage for the fintech merger craze has been the success of recent high-profile fintech IPOs in public markets.

Recent fintech IPO Crypto exchange Coinbase is worth north of $50 billion, while commission-free stock broker Robinhood, is valued at $36 billion, and money transfer firm Wise has a market cap of $15 billion. There have been 30 fintech IPOs in 2021 in just the U.S., according to FT Partners tally. Meanwhile, PayPal, the granddaddy of fintechs at nearly 23 years old, now commands a market cap of $310 billion, greater than that of Exxon Mobil, Coca-Cola or Oracle, while rival payments players Shopify and Square are both worth over $100 billion a piece.

And there's a line-up of promising IPOs, including payments phenomenon Stripe, the most highly valued private U.S. startup, worth around $95 billion, which reportedly has hired lawyers to gear up for a possible 2022 IPO. Indian fintech leaders Paytm and Policybazaar are poised to IPO, while Israel's stock and crypto trading broker eToro is waiting to close its own previously announced IPO via a blank-check sponsor.

In response to this flood of increasingly deep-pocketed fintechs, big financial institutions are snapping up smaller fintech players. The main driver is the need to diversify their portfolios and make their own services more flexible and consumer friendly, in segments ranging from payments or crypto offerings to wealth management, insurance or back-office services.

As a case in point, broad-based payments service provider Nuvei recently paid $250 million in cash to acquire Simplex, one of Israel's best funded private crypto companies, a transaction on which I advised. Simplex is a fraud and risk detection gateway which enables larger financial institutions to accept payments in 45 digital currencies, allowing users to buy and sell crypto using credit or debit cards, while simplifying the conversion between government-backed currencies and crypto ones. Nuvei(renamed from Pivotal Payments a few years ago) was the largest technology IPO in Canadian history when it listed on the Toronto Stock Exchange a year ago. This month, it begins listing on Nasdaq as well.

We are also evidencing a wave of fintech spin offs by tech companies to focus on their own business. Silicon Valley venture firm a16z sums up this angle.

Similarly, blank-check firms, or Special Purpose Acquisition Companies (SPACs), have raised unprecedented amounts of capital this year, with high-growth fintechs many of their top targets. One big attraction for financial engineering vehicles is that many of these bigger fintech targets have not only achieved scale but are on the verge of delivering consistent profits.

In the first nine months of 2021, 35 blank-check companies announced plans to merge with fintech firms, according to data from investment banking boutique FT Partners, more than double all of 2020, when 15 SPACs agreed to merge with fintech companies. At least five fintech SPAC deals have been completed this year, including Payoneer. EToro, when its deal closes, would be the biggest of the bunch. SPAC deal activity dipped in the spring, when regulators toughened their stance in the spring, but has since come roaring back.

I've been involved in a few SPAC transactions this year, including Pagaya's plan last month to go public through a merger with EJF Acquisition Corp., in a deal with an enterprise value of $8.5 billion. Pagaya offers a fast-growing loan origination tool for financial firms, but I'm restricted in what more I can say until that deal closes, sometime early in 2022. Here's what I had to say on SPACs earlier this year.

Further stoking this merger craze are historic levels of venture funding pouring into fintech start-ups at all levels. Overall, VC funding reached $160 billion in the third quarter, continuing the pace of the second quarter, and was up 78% from a year ago, according to Crunchbase data.

While Q3 fintech data isn't available yet, all signs are for another record quarter, building on Q2, when there were more than 650 VC-backed deals globally. Q2 fintech deals raised a total of $30.8 billion and some $54 billion during the first half of 2021, per CB Insights data.

Put together, this will create dozens of promising IPO and takeover candidates for years to come.