“Almost everything I did in my career, it had to do with asking questions.”

One of Guy Yamen’s goals as managing partner at TPY is to make sure that the fund is on the speed dial of the entrepreneurs it works with, he tells Michael Matias

TAGS:
One of Guy Yamen’s goals as managing partner at TPY is to make sure that the fund is on the speed dial of the entrepreneurs it works with. He is inspired by the generation of new businesses, and motivated by supporting their growth. Yamen shares that today, more than ever before, there is less time to get to know an entrepreneur or a team prior to an investment decision. TPY tries to augment the understanding of the space and in-depth knowledge of the team with as many references from throughout their lives. Some of the qualities TPY is looking for in founders are creativity, leadership, work ethic, and thoughtfulness. Yamen explains that humility and the ability to learn and grow as reality shifts are also important characteristics. An integral part of his job is establishing a global network, to help connect entrepreneurs with world-class practitioners who can help them succeed. Click Here For More 20MinuteLeaders Take me through your journey.

I was born and raised in Israel. Almost everything I did in my career, it had to do with asking questions, actually. I was a military investigator when I was in the IDF. As a student, I was a financial reporter covering Israeli companies traded on Wall Street. After my studies, I started working as a consultant with McKinsey. I went to the New York office, where I did a lot with the private equity and finance institution practices. If there's one thing that would describe my path it’s really the excitement about hearing about new things, hearing how people think about things, and asking questions that are interesting.

When did you know that you're going to go into venture capital?

We started investing in companies, mostly rolling our sleeves, probably not up to the elbow but all the way up to the neck. It was an extremely intense period of working with portfolio companies, changing them from more professional services and turning them into product companies and working with them on scale.

You only have so much time to get to know a team before you invest in them. How do you think through this maze?

The time to get to know the team has shrunk tremendously over the course of the last 24 months. We really don't have much time. Given that we're active investors, we need to get to know the team very much. We try very quickly to go back and collect as many references as we can. It might sound comical, but we did talk to the guy who was the Scout leader of the CEO when he was 15. It so happens that he's also CEO for a portfolio company of ours. 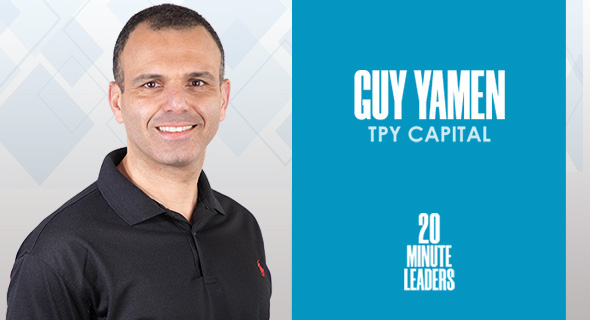 Why go back so far?

People do change and evolve. But you manage to pick up on some "consistent themes" in someone's journey. The consistent themes we're looking for are creativity, being the kind of leader to draw people around them, thoughtfulness, and hard work ethics. It's something that typically transcends whether you're in the Scouts or you're a CEO of a startup.

Some of the companies that we invest in are much earlier than we had anticipated. What we looked for at that point of time is not dogmatic thinking about product market fit. Most of the time, whatever product market fit the team had thought of is not going to be the actual fit.

Instead of saying, "We want those that have already found the right product market fit,” you're looking for those that are exhibiting rigorous thinking and a humble mind-set.

You're absolutely right. It's such a fine balance between being super optimistic and imagining the unimaginable, which is what you have to do as a founder. At the same time, you have feet on the ground and actually look at the reality. Trying to find the mix in one individual is super hard.

What we're looking for is for those bold thinkers who are saying, "We're picking up on some really negative signals about what we're doing. Here's how we're thinking about transitioning."

That's really rare to find, especially as they're trying to raise capital, right?

We're imagining how the journey is going to look like the day after. It's rare. But what we try to do is imagine what happens when the not great things hit the fan. You could have one of a few reactions. You could say, "I just don't believe the reality." Or you could say, "I don't even recall mentally that I had a reality. I'm just adopting a new reality." That's not great because there’s not this process of learning.

What we're challenging our entrepreneurs to do is look at the underlying assumptions of your startup, the 10-20 statements you have to believe for this to be something really big. When something changes, you don't swipe all of that. You're saying, "What we thought was going to happen in three out of 20 didn't happen. Here's how we're going to react to that." The ability to really be mindful about what changed and be as specific as possible, that's immensely difficult.

Tell me more about TPY as an organization. It really feels like almost a home here.

This is what we hope it would be. I think we're a very, very agile organization. We're only a couple of people. We're extremely involved in our portfolio companies. One of the things that we ask ourselves as one of the KPIs to demonstrate our involvement is, regardless of how much percent we have in the company, are we going to be the first or second call when something bad happens? Or when something good happens, or when there's a major dilemma?

We won't know the answers, but at least we can have the dialogue. We can very quickly think about who to connect with to get the prime answer for that. There's an ethos here of we're in it together. We actually are involved in our portfolio companies. We also have, I think, after a decade of activity, the humbleness. Not to think that it's us that are going to change the trajectory of the company, but we're going to maybe change the ending.

It's not just you knowing everything, but knowing who to bring in and being that connector.

We have seen companies where we just knew the day we met them who we can connect them with globally. One of the ways for us to assess the fit is whether when we meet the team for the first time, we can brainstorm and come up with a list of maybe 10 individuals globally who they want to speak to, and we try to get those individuals.

I think part of our work is this global network that we're trying to establish. We need to be able to bring folks that are real practitioners. We say, "We're going to let you in the deal. We want your commitment to the company." Typically it's an hour a month.

What were you curious about as a kid?

Guy is a geek. September first was a very joyous day for me as a kid because we went back to school. I really enjoyed studies. A very happy day was when the public library was open and I could get two books every day. I was also swimming quite a bit.

Where do you get your inspiration from?

On a day-to-day basis, it is the innovation. It is the people that are coming up with new startups and the ability to work with them.

A classmate at HBS, Avichai Kremer, was diagnosed with ALS. This guy is by far the most resilient person I know and the largest source of inspiration.

What are a few words that describe you?

Family guy. I've got three small girls. Family is super important to me. Commitment. I'm a super passionate guy about what we do here and in general. Humor. It's something that I absolutely love.