TAGS:
While most biotech companies are focused on the molecular biology aspect, and study the composition and structure of molecules within cells, one Israeli startup claims it has found the solution to precision oncology by combining artificial intelligence, big data, and computational biology. Nucleai is concerned with the spatial aspect, or how molecules are arranged inside human tissue in a 2D context. Four years ago, Avi Veidman, co-founder and CEO, started the company, alongside COO Eliron Amir and Lotan Chorev after the trio served together in the Israeli intelligence corps. Nucleai’s software uses computer vision and machine learning algorithms to predict the progress of cancerous tumors as well as foreseeing individual patient’s immune system responses in order to find the most effective course of treatment. From satellites to cancer cells Veidman shared the story of how Nucleai came into existence. During his time in the intelligence corps, he worked in a defense department that used satellites to monitor enemy infiltrations across Israel’s borders. “I went from looking for bad guys in satellite images to looking for bad guys in cancer cells,” he quipped. And around the same time he left the defense sector, his father needed an urgent biopsy. When Veidman spoke to health professionals he was surprised and shocked to learn that getting back those results could take a month. “I wondered why we couldn't just create an algorithm and use a computer to find those cells,” he told CTech in an interview. Currently, in biopsies doctors take a very small slice of tissue, and send it to a pathologist for analysis, who uses a microscope to locate cancerous cells. This process, relayed Veidman, is wholly outdated and was a market in need of disruption. And after developing software to analyze satellite images automatically, he pondered why the trio couldn’t do the same with cancer cells. “We wanted to create a startup, but one that worked on something noble,” he said. And thus Nucleai was born. 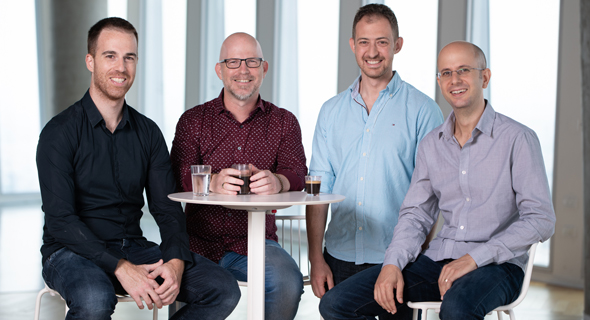 The Nucleai team. Photo: David Grob
Although science has progressed since the human genome has been sequenced, there is still a fundamental lack of understanding why some patients respond to various drugs and others don’t. “On average, only one out of three patients will respond to immunotherapy cancer drugs,” Veidman added. Nucleai’s platform, he explained, uses spatial biology methods as well as genomic data to predict patients’ response to drugs. Simultaneously, Nucleai is working with several big pharmaceutical companies to use its platform and thereby develop better drugs. “We recommend cancer patients enroll in clinical trials, and as they progress we can help pharma companies better develop those drugs, using selection criteria and companion diagnostics,” he said. Physicians can later prescribe medications that are better-tailored per patient by using data obtained from Nucleai’s platform. Trailblazing biology Nucleai’s algorithms predict the progress of cancerous tumors by analyzing the tissue biopsy where cancer cells are located or interspersed within the cell, and how they interact with other healthy human cells. Specifically, it examines and analyzes immune cells (T-cells) and cancer cells and their interactions, later charting them, and providing a detailed spreadsheet of every part of the tissue biopsy in an organized manner, listing all of the categories and features of all the cells in a certain area. Nucleai has trained its algorithm by using previous data sets that it has obtained from various hospitals. Recently, it signed strategic partnerships for sharing even more data with medical centers in both the U.S. and Israel including the Sheba, Rambam, and Kaplan Medical Centers, Clalit (Israel’s largest HMO), Jefferson Medical Center in West Virginia, and the University of Pennsylvania. This will allow the company to access an even more extensive amount of pathology slides and clinical data that can be used to train the algorithms even further. “Our platform finds a ‘fingerprint’ that describes a certain population of people who would respond to a drug by analyzing spatial cell patterns of patients’ biopsies. Precision medicine can help identify certain factors that can help treat people individually, unlike traditional medicine. Our platform really brings added value to personalized-treatment,” he said. And this method of spatial biology was named as Method of the Year under New Age and New Revolution biotechnologies by the prestigious scientific journal Nature in 2020, making it an up-and-coming area for biotech companies to innovate in. “Spatial biology is underutilized, and we're bringing it to the forefront of precision medicine through our platform. We’re allowing pharmaceutical companies to develop a higher probability of success, and help patients get the right treatment at the right time.” 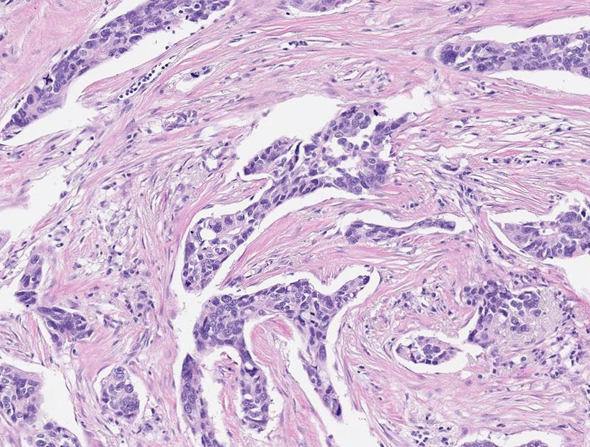 The platform works to analyze many different types of cancer, including lung, gastrointestinal, cervical, breast, prostrate, urethral, and skin cancers. Part of what makes the platform so trailblazing is the fact that it works directly with pharmaceutical companies in their early stages of development and later supports them as they run clinical trials before attempting to receive FDA approval. “They show us which patients responded to a new drug and which didn’t. They then upload those slides to our platform, which further helps ‘train’ our algorithm,” he said. So far, Nucleai has also partnered with 10 pharmaceutical companies such as Merck and Debiopharm Group. When the drug becomes available and used at hospitals, physicians can check whether it is appropriate for a certain patient, and upload their findings to Nucleai’s platform. In that way there is a constant flow of data between drug research and development and actual patient treatment in real-time, he noted.

So far, the company has raised $15 million in two funding rounds, namely through a Seed and Series A from top-tier investors, Debiopharm, a Swiss pharmaceutical group, and Israeli venture capital funds, Vertex Ventures, Grove Ventures, and Chinese Fusun RZ Capital. Nucleai is also on the verge of concluding a Series B round with many undisclosed big-named investors in the U.S. As of now, the company has no solid plans to go public, but prefers to focus on making spatial biology part of mainstream medicine. Based in Tel Aviv, the company also has a commercial arm in Chicago, and plans on opening branches in both Boston and the Bay Area. Its multidisciplinary teams include specialists in artificial intelligence, software engineers, and computational biologists. As for gender diversity, Veidman noted that the company employs several women on its technical teams. “Having diversity brings a lot of value to our company, especially having different opinions, and really enriches our knowledge and makes us much better and stronger as a company.”

And the uniqueness of this technology can be especially applied to Israel, which has a centralized healthcare system with a long history of electronic medical records, enabling easier access for companies such as Nucleai. “We have accessibility to unique and tremendous amounts of data that allow us to develop a more generalized model,” he said. Currently, Nucleai is working with a few undisclosed pharma companies on various phase 2 and 3 clinical trials for treatment of non-small cell lung, breast, and cervical cancers. “At the end of the day having these types of tools within our healthcare system will allow us to find the right treatments for patients and save lives,” he reiterated.