Who is going to stop space terrorists?

"If the aim of terrorist organizations is to terrorize, causing any sort of harm in space, even if its only to smaller, less valuable, satellites, it is scary enough," writes Dov Greenbaum

TAGS:
Earlier this month, China officially complained to the United Nations about two incidents this past year wherein small satellites from Elon Musk’s SpaceX constellation of Starlink satellites to the newly launched Chinese Tianhe space station module, part of the eventual larger Tiangong space station. This isn’t the first time SpaceX’s relatively small satellites have threatened other crafts. A couple of years ago, the European Space Agency, ESA, also maneuvered its satellite out the way of a reckless SpaceX vehicle. This likely will not be the last time something like this happens: SpaceX has already launched nearly 2000 of these comparatively cheap (and failure-prone) satellites, and has already put in the paperwork to request another 30,000 with an ultimate goal of reaching 42,000. 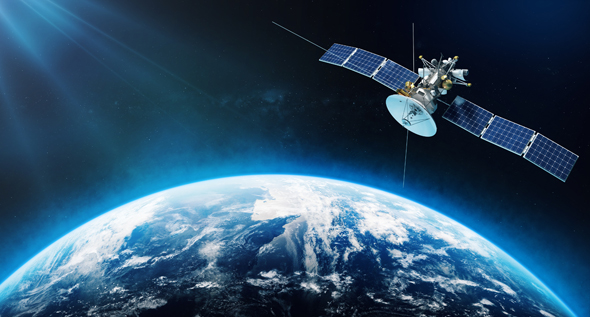 Satelite. Photo: Shutterstock
While SpaceX has a reputation of not playing well with others, the company is not necessarily purposefully malevolent. Unfortunately, as space becomes cheaper and more accessible for anyone and everyone, and more private companies hurtle theirs and other’s private spacecrafts into space, we may witness an increase in purposely malicious actors: space terrorists. Generally, its thought that there are at least three major types of space terrorism. The first is through attacking the ground-based operations of spacecrafts and their crews. A security breach at a launch site is a real and constant fear, and was portrayed in the science fiction film Contact. In 1972, the Palestinian terror group Black September threatened to murder and kidnap the crew and families of the Apollo 17 mission, and in 2003, NASA increased security around its shuttle launch because of fears that Ilan Ramon might be a target. The second possible manifestation of space terrorism is through the hijacking or jamming of radio communication between satellites and ground. Reportedly, in 2002 and 2004 the Falun Gong group, a religious movement in in China, allegedly hacked transmissions from Chinese satellites. The Sri Lankan militant group, the Tamil Tigers, also successfully did this to an Intelsat communication satellite in 2007. Subsequently, there have also been many other incidences of hacking that allowed rogue groups to access and control satellites in outer space. Hacking a satellite can do more than simply jamming or pirating the legitimate signal; even a small satellite at supersonic speeds can potentially be repurposed into a putative space weapon by an unscrupulous faction, especially in command and control of that satellite isn’t protected and encrypted. A cybersecurity expert even provided a step-by-step hypothetical outline for hacking a Starlink satellite.  A third way that terrorists could threaten space resources is through a direct in-space attack on a spacecraft. Arguably, this might be the most difficult to prevent. The Union of Concerned Scientists has thoroughly documented the numerous continuing efforts by nation states, stretching back more than half a century, to develop destructive anti-satellite weapons (ASATs). These were often overt programs: in 1964 U.S. President Lyndon Johnson gave a speech describing American efforts to counter potential bomb-carrying Soviet satellites, effectively publicly launching Program 437, a nuclear ASAT system. There has subsequently been a resurgence in ASAT efforts worldwide since the 2000s, which may or may not include the US Air Force’s secretive X-37B mini shuttle as well as ground-based ASAT lasers. The U.S. isn’t alone in developing these anti-satellite technologies. In 2007 China used a ground-based missile to destroy an aging weather satellite. In 2019, India’s Mission Shakti similarly used a missile in a controversial proof-of-concept test to destroy a test satellite 300 km above Earth. And Russia has also been testing ASATs for some time, most recently in November 2021, where is destroyed the Kosmos 1408 satellite and created an enormous cloud of at least 1,500 pieces of space debris that directly threatened the integrity of the International Space Station and the safety of its crew. However, not all ASATs are souped up ballistic missiles. In 2019, Russia launched an exotic nesting doll satellite, Kosmos 2542, which seemed to birth new smaller satellites in orbit, thought to be usable as potential kinetic weapons against U.S. interests in space. And, there is fear that a rogue nation like North Korea could detonate a nuclear weapon in space, creating a nuclear electromagnetic pulse (EMP) whose electromagnetic radiation could knock nearby satellites offline.

Space used to be the domain of nation states and so far, only the aforementioned four countries have demonstratable ASAT capabilities, but commercial actors are increasingly the dominant players and their technology can potentially be used for malicious intent by non-state actors. With plummeting costs, a terror group doesn’t even need to be that well financed to place a crude but effective ASAT threat in space. Small, customizable satellites can be purchased essentially off the shelf, and they can then be booked onto one of many charter flights, such as SpaceX Rideshare Program, for relatively reasonable costs. While there is national and international regulatory oversight to license, register and confirm the nature of these satellites, some companies have already evaded that oversight and successfully snuck into space without government authorization. “If it was possible for an American company to place in the orbit unlicensed satellites, it seems, that any other agent … could do the same.”

Once in space, even these small satellites could be maneuvered to crash into other space crafts, directly creating havoc and damage and perhaps even setting off a chain reaction of destruction.

While some of these terrorist threats described herein are less likely, others have been proven to work. And if the aim of terrorist organizations is to terrorize, causing any sort of harm in space, even if its only to smaller, less valuable, satellites, it is scary enough. In recognition of these continuing threats to satellites and astronaut lives in space, there has been an increasing appreciation for various military bodies to focus more on defensive and offensive activities in outer space. Notoriously, this included President Trump’s Space Force, but also recent disclosures by NATO regarding its emerging space polices and specifically its Strategic Space Situational Awareness System, and acknowledgements by the 2021 Annual Threat Assessment of the US Intelligence Community report as to emerging space threats from countries like Russia and China. Given all this, we need to be more proactive in developing in-space defensive anti-ASAT technologies and requiring, perhaps, that every satellite have the ability to evade dangerous threats (no small feat given that adding reserve propellant to a satellite increases weight and therefore costs). However, even these efforts are fraught with political concerns, as even anti-ASAT capabilities could be considered a dual use technology, an putative ASAT itself.
Related articles:
In general, it is imperative that we increase oversight into our launches, physically harden our most valuable satellites and their launch sites, work toward better cybersecurity standards for all relevant parties —NASA has a clear problem — and spacecraft (not just commercial) and in general, prominently discuss the necessity for increased space counter-terrorism efforts in relevant international bodies like the United Nation’s Committee for the Peaceful Uses of Outer Space.

Elon Musk was named person of the year by Time Magazine in 2021. In the past, the commendation has included both heroes and villains, let’s hope that another incident with Starlink doesn’t put Elon in the latter category.