The dream of Israeli tech companies, such as Nayax and HUB Security, to be listed on Wall Street remains understandably strong, but local firms had better keep their eyes wide open, as investors overseas tend to be far less forgiving

TAGS:
The Tel Aviv Stock Exchange (TASE) is the big winner of 2021, at least according to a current TV ad campaign featuring Israeli comedian Adi Ashkenazi which explains that the major indices in Israel, which rose more than 30% last year, surpassed returns on larger and more important indices, such as the NASDAQ and the S&P 500. But despite this good local news, Israeli companies will not stop dreaming about making it big in America. Nayax, which develops payment systems on remote machines, and completed the largest-ever IPO by a tech company on the TASE in 2021, announced yesterday the submission of a draft prospectus for an IPO on Wall Street. A week ago, the cyber company HUB Security, which entered TASE through a merger with a shelf company in June 2021, announced the signing of a memorandum of understanding for an IPO on NASDAQ through a SPAC merger.

The very fact that a company like Nayax, which was the very first Israeli unicorn on TASE, and could seemingly have issued directly in the U.S. last year, but instead chose a local offering, is an achievement for Ittai Ben Zeev, the TASE’s CEO. With its revenue reaching the $100 million threshold in 2021, Nayax could have easily turned directly to the traditional technological path. 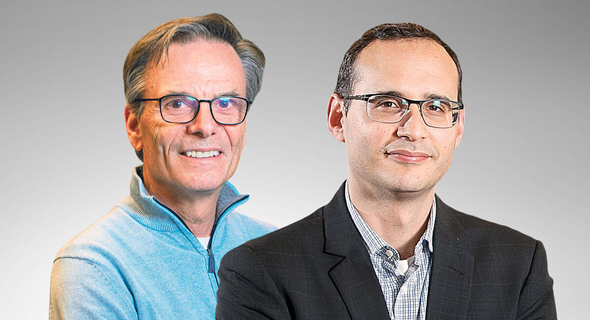 So too HUB Security, which was unable to issue in the United States before the acquisition of Comsec last September for NIS 70 million (approximately $21.8 million), significantly growing its operations and revenues, was also convinced to go public close to home. Nayax and HUB Security are just two representatives of a much more dramatic trend in the field of IPOs in Tel Aviv. They are two of 55 total companies from the technology sector that joined the stock exchange in 2021, out of 97 companies that did so in total. But the big question is what’s next? From the data published by the stock exchange itself, the weight of trading in technology stocks is negligible in the general trading volume, which focuses on finance and real estate.

The volume of trading is just one, though significant, element that indicates the level of investor interest in these stocks. The second, and crucial, element that interests companies is value. And here, Israeli investors have not yet learned to price the growth companies "correctly" after years of trading mainly in value companies. In other words, Israelis are less likely to buy the dream.

At Nayax, which has a market cap of NIS 2.8 billion after the stock has fallen by 23% since the IPO, there is no talk about the value the company is striving for, however, around HUB Security, which is traded at half a billion shekels, there is talk of a value of close to $1 billion. In any case, the SPAC company with which the MOU was signed has already raised $150 million, so it is clear that the overseas offering will have to be at a significantly higher value. Regarding HUB, the high gap between the value at which it is traded in Tel Aviv and the value offered by the SPAC is being explained with the claim that American investors have a better ability to price companies. “The institutions in Israel still do not know how to give the 'dream multipliers' that they know how to give in the United States," sources at HUB said, claiming that a company that receives a 1-2 multiplier on revenues in Tel Aviv will receive at least a multiplier of 10 in New York.

Yair Nechmad, CEO and co-founder of Nayax, said similar things in an interview with Calcalist at the end of 2021, after experimenting with both Israeli investors and American investors, who bought 70% of the shares in Nayax’s initial public offering. "Israeli investors are completely different from Americans: Americans speak only about business, ask questions that are solely related to the mandate given to them, while Israelis do not ask about the business model, but mainly want to make sure that you are reliable and have no demons in your closet. They don’t want to be taken for suckers."

Both Nayax and HUB Security are not moved by the fact that in 2021 the Tel Aviv-90 index was the best index in the world in terms of yield, with a 33% increase that year. It was also not a one-time event, as in the last five years Tel Aviv-90 has shown a return of 159%, second only to the NASDAQ 100 index, which includes the 100 largest technology companies in the world. About one-fifth of the companies that make up Tel Aviv-90 are technology companies, including Gilat, Nayax, Matrix, CamTek, Sapiens and Perion.

Apparently, the very good performance of the Tel Aviv-90 is supposed to be great news - not only for investors in Israel, but also for companies that are traded here and are expected to enjoy the rise in value. Long gone are the days when the Tel Aviv Stock Exchange lagged far behind the world's glittering stock exchanges. The TASE’s strength, which is also partly related to the strength of the shekel currency, was felt even more in the last two months of 2021, when the hits experienced on Wall Street were much stronger than in Tel Aviv. "In the worst of times, the Americans throw away the stocks like crazy and the Israeli market is more conservative and works the other way around," Hani Shitrit Bach, director of the economic department at the Tel Aviv Stock Exchange, told Calcalist. "Beyond that, there is a huge market of mutual funds here, and companies that are in the big indices have a huge captive market."

At Nayax, there is talk that after the IPO in New York, the company will remain in Tel Aviv mainly to operate in the local bond market, while HUB Security will probably be completely wiped out of trading here. Both companies are fully aware of the case of Mellanox, which was a dual company which was eliminated from trading in Tel Aviv in 2013, when it was traded at a value of less than $2 billion, only to be sold for $7 billion five years later. But Mellanox is the exception that does not attest to the rule. Other companies, which decided that the listing in Tel Aviv was interfering with the maximum overflow of value on the NASDAQ and were deleted from the local stock exchange, did not fulfill the dream.

Take for example, Ceragon, which was deleted in 2017, and is still hanging on the NASDAQ below a value of $200 million. Nano Dimension and MeaTech, which were deleted from Tel Aviv in 2020, also show a negative return. The temptation of NASDAQ is huge, but as Shitrit rightly points out, American investors lack sentiment and know how to part very quickly from dreams that do not come true at the expected pace. A large number of Israeli companies issued on Wall Street in 2021 are feeling that over the last few months. Ben Zeev is indeed striking when the iron is hot.

Calcalist has learned that the stock exchange is currently courting companies such as Riskified, in the hope that it will be listed locally, in parallel with the New York Stock Exchange. The company, which develops payment systems and helps prevent credit fraud in online commerce, has seen its stock experience sharp declines since its issuance in July 2021 at a value of $3.3 billion. Today the company is valued at only $1.1 billion. Ben Zeev does this with the understanding that a company worth less than $1 billion is off the radar for American investors, while in Israel a company worth NIS 3 billion or more enters the best-performing index in the world.