The Israeli company, which develops smart glass technologies, will add to its offering Vision Systems’ ADAS and shading solutions

Vision Systems employs 300 people and is considered to be a leader in shading solutions in the aeronautic, land transport, and marine industries, as well as having expertise in ADAS.

Existing investors who participated in Gauzy’s funding round include IBEX, along with Olive Tree VC, Blue Red Partners, Waarde Capital, and Avery Dennison. New investors include Walleye Capital and 3A Capital. 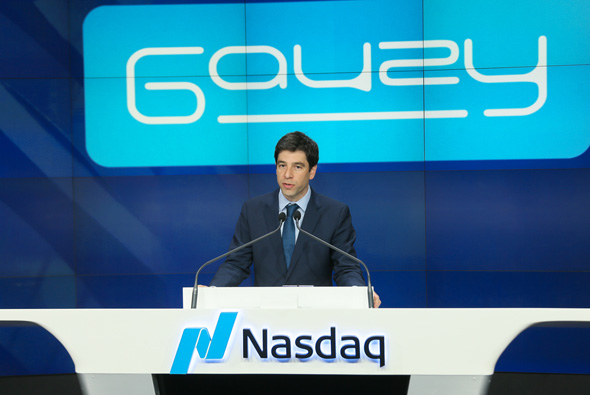 “We completed the round last week and as part of it, we acquired Vision Systems, which was our strategic partner,” Eyal Peso, Gauzy’s CEO, told Calcalist. “In nine out of every 10 commercial Boeing and Airbus planes the cockpit is shaded by Vision Systems.”

The French company has a far larger workforce than Gauzy, but Peso explained that Vision Systems is a company that mainly focuses on integration while the Israeli startup is a nanotechnology company with tech industry multipliers. “This acquisition will allow the executives and owners of the acquired company to create for themselves significant added value,” explained Peso.

With almost $50 million in revenues during 2021, Gauzy is expecting to continue to grow significantly in 2022 by working with leading brands in a variety of industries, including the highly publicized nomination of Gauzy by LG Display to be integrated into its Transparent OLED stack, as recently displayed at IAA 2021 and CES 2022.

“We have revenue of $50 million and this acquisition will turn us into a company with 480 employees, 180 of which work in production. We now have an advanced production site in Lyon and another one for aircraft in Florida,” noted Peso. “We intend to significantly expand our team in the coming year.”

In addition to its two new sites, Gauzy also has three sites in Israel and Germany and 14 offices across the world. The acquisition sees Gauzy enter the ADAS sector, known in Israel mainly due to Mobileye’s activity. “We aren’t competing with Mobileye, but we will be offering a smart glass system, mainly for buses and trucks. Light control technology can be used in ADAS to reduce visual obstructions such as glare on the road, create safety gates with instant on-demand privacy for public transport operators if there is a perceived threat, and for high contrast switchable transparent displays to communicate safety messages to the surrounding environment,” said Peso.

“This alliance gives rise to an international group, specialized in solutions that enhance safety and comfort in transportation and architecture,” added Vision Systems CEO Carl Putman. “This strategy was made possible thanks to the innovative efforts made by both companies in the last few years."