“We have the most critical ingredient to make autonomous systems safe and efficient.”

Valuing the knowledge you bring to an industry or role is important, shares Ziv Binyamini, CEO of Foretellix

TAGS:
Valuing the knowledge you bring to an industry or role is important, shares Ziv Binyamini, CEO of Foretellix, but remaining open to learning new things is also critical. He says continuing to learn all the time is one of the things he enjoys most about his job. Though helping to found Foretellix brought him from the semiconductor chip industry to the field of autonomous driving, Binyamini says he had no fear or doubts about the change. He knew that the experience he brought in testing and verification of infinite scenarios would work for autonomous vehicles as well. Testing these systems physically, by driving the cars very long distances, is not scalable, he explains. Automotive companies will need to shift to virtual testing, and providing that platform is the vision for Foretellix. Binyamini believes their platform is a crucial element in creating and deploying safe autonomous vehicles. Click Here For More 20MinuteLeaders Did you always know that you're going to be working as a CEO of a company in the autonomous driving space?

Never dreamt of it. I loved software and mathematics. But I started my career in semiconductor chips. I got in this space of verification, which is how do you test all of the possible situations. I worked at Intel for the first 10 years of my career, always around verification. How do you verify a chip? There are so many different things that can go wrong. You had to invent new methods of how to do verification in an automated way so that you don't miss any bug.

Then I joined a startup called Verisity that basically created the ways to do verification of chips. Today, if you go to any company that's doing a semiconductor chip, they are only using the methods that we invented some time ago. Those methods that we invented allow you to test an infinity: we call it "taming infinity." The number of scenarios in a chip with three billion transistors is just infinite. How do you still test it sufficiently so there's no bug? It's impossible. Well, we figured out a way to do it. We always felt there are other places where this could be applicable. Then about five years ago, we started seeing this autonomous world coming.

The cost of an error in verification of chips is vastly different from these weapons driving at 80 miles an hour in the streets of the United States. It's a little crazy.

Exactly. Any tiny little mistake can cause a lot of damage and harm to life. Three million lives are lost every year from accidents, and most of them are due to human errors. So if there was a way to do it, it would save a lot of lives. But there are more than a hundred chips on a single autonomous vehicle, more than a hundred million lines of code software and machine learning. So how do you verify this?

This was the start of the journey. We said, "We should switch from these chips to autonomous because we think we can help." We can enable this industry to actually become viable with safe autonomous vehicles. We can tame infinity. We can test all of these infinite possibilities so that we can reduce the number of accidents.

Take me back to four years ago. What was it actually like to make this dramatic change in your career?

When me and my friends founded this company, I have to say I had no fear. I had no doubts that this would work. But in terms of changes, they were massive. Being a CEO is very different than any other role. Another is this technology of autonomy.

And the other, we know the semiconductor industry extremely well. But going to automotive and companies like Caterpillar and John Deere, they are very different. We need to keep the balance all the time between bringing all of the knowledge we have and, at the same time, we need to respect this industry. It's very different.

If we're talking about autonomous systems, quite frankly, nobody has done it yet. So billions and billions of dollars are invested in this technology, but it's not in deployment yet. It's not that you're taking an existing flow and existing product and just optimizing it.

We think one of the main obstacles to get safe, scalable deployment of autonomous systems on the road is what is called the long tail of bugs or the situations. They already work 99.9% of the time okay. But one 10th of a percent means that every thousand miles you will have an accident and that’s unacceptable. You need to find this long tail, those things that will happen only once in a million miles.

We always have to constantly learn new things. One of the greatest joys of this job is that I'm learning so much all the time. 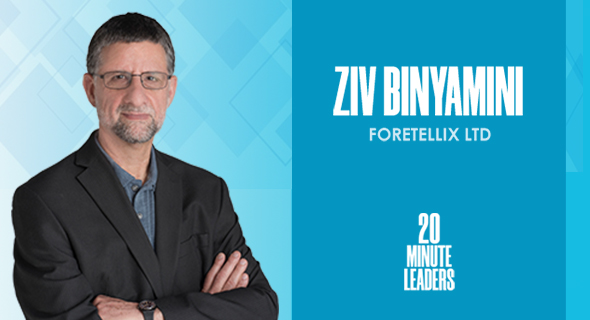 How are the rest of the players in the market reacting to a company like Foretellix? Like Elon Musk and the folks at Waymo, how are they rationalizing through this opportunity to potentially fix this long tail of bugs?

Our go-to market strategy is to go to the sub markets of autonomy where there's actual deployment. So ADAS is one. We are working with Volvo on mining, on trucks operating in mines. The car, the robotaxi, this is not our main focus right now.

How are those people in that market reacting?

One of the things you need to test is accidents or near accident situations, but these don't happen very frequently in real life. Even if you have a fleet, how many times do you almost run into a pedestrian? Thankfully, almost never. But when you test this autonomous system, you need to do it very, very thoroughly. All the situations. They need to move to do most of the testing in virtual testing because physical testing will just not be scalable and not allow you to test all of the really difficult, dangerous situations. But the move is very slow.

We have been working in the last three years on a standard language to describe scenarios. We're talking about an infinite number of scenarios. Somebody cuts you from the left, somebody from the right, the speed, all that. We suggested to the industry a software language. It's a machine and human readable language. This language is now becoming the basis for the standard. This is probably the most important standard for the autonomous industry. I think there is a lot of acceptance, but this industry is moving slow.

If you're looking a little bit into the future, specifically with Foretellix and the autonomous driving world, where do we want to be?

The adoption of autonomous systems is happening already. ADAS is autonomous, and it does more and more functions. It's not level four. Level three is starting to be there. There are many different sub markets, verticals where this is being adopted.

If you ask me when there will be a robotaxi in San Francisco, I have no idea.

Where is Foretellix going to be whenever that is?

We have probably the most critical ingredient of how to make this system safe and efficient, which is the most critical barrier. Our platform is the most critical enabler. I don't think we'll be the only player, but I think we will be one of the major players for this industry. In very complex systems in general—we saw it in the chip industry—half of the spending is for testing and validation. We are going to be one of the most important providers. That's our vision. We are going to enable this industry by providing a platform that most everybody will be using.