In 2020, Microsoft’s employees in Israel will relocate into a 460 thousand square feet office building now being built in Herzliya, around 10 miles north of Tel-Aviv.

The new glass and metal office building will include an open garden on every floor and an open garden roof where employees can farm agricultural produce, the company said in an announcement last week.

Microsoft plans to lease the building for 15 years, putting “hundreds of millions of shekels into the new campus,” the company said. 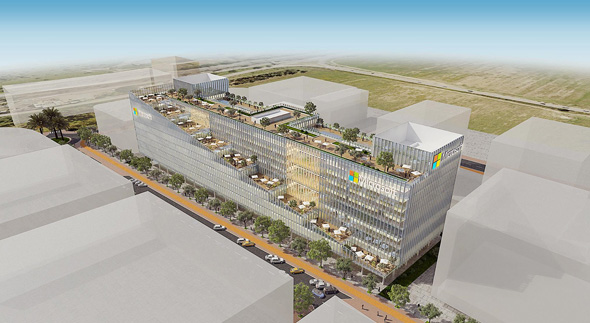 An illustration of Microsoft's new campus, built north of Tel-Aviv

Employing over a thousand people in the country, Microsoft has become one of the most active buyers of Israeli technology firms in recent years, gobbling up several Israel-based cybersecurity startups.

“Everyone’s an expert in something,” Kasamba is taking the gig economy to the next level