Over the past three months, the TASE-listed regenerative medicine company submitted several filings regarding investments made by private investors

TAGS:
Regenerative medicine company Collplant has secured around $7.4 million in private placement, according to a number of filings submitted by the company to the Tel Aviv Stock Exchange over the past three months.

Established in 2004 in the greater Tel Aviv area, Collplant develops and manufactures medical treatments using a special plant-based collagen. Collagen is a type of protein that is found in nearly every part of the body. The company combined human genes and tobacco plant DNA to create plants from which human collagen can be harvested. 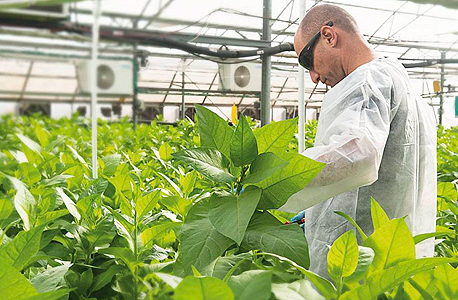 In June, Collplant filed a patent application in the U.S. for a collagen-based bio-ink intended for "3D printing of tissues and organs." The company is currently negotiating collaborations with companies in the organ printing industry to establish its ink in the market.

In September, Collplant reported a private investment agreement of $5 million signed with Lichtenstein-based Alpha Capital Anstalt, controlled by Austrian business magnet Martin Schlaff. As part of the agreement, Alpha Capital can recommend three board members for Collplant's board of directors.