Fiona Darmon was a founding member of Koor Corporate Venture Capital, Israel's first corporate venture capital, and held a variety of executive roles at Israeli investment conglomerate Koor Industries. She has over 15 years of experience in a variety of private equity and venture capital investment roles. Ms. Darmon joined JVP in 2009.

Yoav Tzruya has served as JVP partner and head of the JVP Labs in Be’er Sheva, a desert town in Israel’s south. Mr. Tzruya instrumental in PayPal’s 2015 acquisition of JVP-backed CyActive. 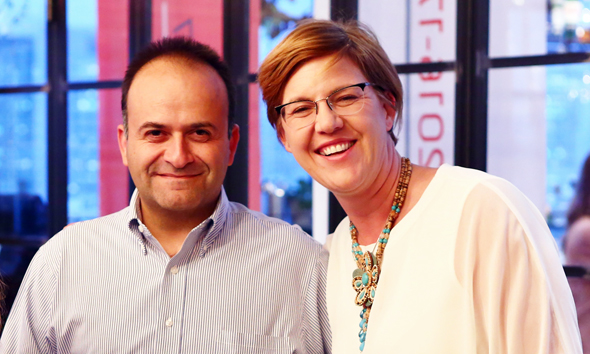 Erel Margalit, JVP founder and chairman, said in a statement that Ms. Darmon and Mr. Tzruya served as “key drivers in promoting Israeli innovation and investment development, as well as scaling and building companies from seed to growth.”

Mr. Margalit added that Mr. Tzruya has expertise in the fields of cybersecurity, data analytics, and AI and that Ms. Darmon is one of the key woman voices in Israeli tech, and will help to leverage Israeli innovation globally.

Last month Mr. Margalit, then an Israeli parliament member representing the Israeli labor party, announced his retirement from political life. In a Facebook post published on October 3, Mr. Margalit said he would return to his role as Chairman of JVP.