The Israeli government is expected to lobby for the country’s exclusion from the BEAT tax, introduced as part of the reform

TAGS:
Representatives of some of the largest tech and industrial companies operating in Israel, including Intel, Microsoft, Teva Pharmaceutical Industries Ltd., Check Point Software Technologies Ltd., Israel Chemicals Ltd., and CyberArk Software Ltd., met last Tuesday for several hours with officials from the Israeli Ministry of Finance to deliberate the U.S. tax reform, according to several participants and spokespersons for the relevant companies.

In December, U.S. President Donald Trump signed into law a major overhaul of the federal tax system, which will see the U.S. corporate tax rate lowered from 35% to 21%. 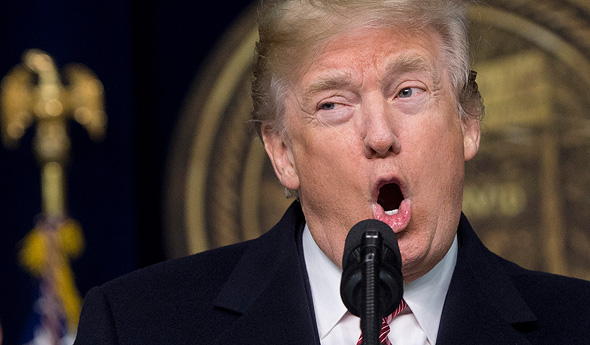 In response, Israeli Prime Minister Benjamin Netanyahu convened senior Israeli government officials to study the potential impact of the reform on Israel, and specifically on its competitiveness. Mr. Netanyahu also ordered Avi Simhon, chairman of Israel’s National Economic Council, to form a team that will present relevant recommendations within 30 days.

The U.S. tax reform might affect the operations of the many multinational firms that export from Israel to the U.S., according to a report by the Israeli Ministry of Finance published Sunday.

Given the reform’s complexity it is still too early to estimate the scope of the reform’s impact on Israeli economy in general and on the country’s tech sector in particular, the report authors said.

The tax reform in the U.S. is one of the most significant challenges Israel’s tech industry will need to face in upcoming years, CEO of Israel’s government innovation investment arm Aharon Aharon said in an interview with Calcalist held earlier this month. Another obstacle for the local industry is Israel’s shortage of hardware and software engineers, Mr. Aharon said.

A U.S. tax introduced as part of the reform levies a tax of 5% for the first year (2018), 10% until 2025, and 12.5% thereafter on cross-border payments and other modified taxable income (generally taxable income computed after disallowing deductions for base erosion payments) of American corporations with average annual gross receipts of $500 million or more. Called Base Erosion Anti-Abuse (BEAT), the tax is intended to minimize the ability of companies to transfer income to subsidiaries in countries with lower tax rates.

The Israeli government is expected to lobby for the country’s exclusion from BEAT, according to government officials who spoke on conditions of anonymity. In Tuesday’s meeting, the representatives of the multinational companies disclosed the companies contracted tax advisors to study the impact of the reform on their operations.

In a first position paper by the Israel Advanced Technology Industries (IATI) obtained by Calcalist, the umbrella tech organization claimed the lowered U.S. tax rate could encourage companies to set up shop in the U.S instead of in Israel. To attract investors to Israel, the organization proposed in the letter signed by CEO Karin Mayer Rubinstein to lower the withholding tax rate on interest, amend Israeli legislation pertaining to private investments and the country’s incorporation laws, and provide Israeli investors with government incentives.

Israeli Ministry of Finance officials are worried the reform would motivate new Israeli companies to register in the U.S. instead of in Israel, given the competitive edge for companies selling in the U.S. extended to stateside companies as part of the new tax reform. Regulation reforms spearheaded by the Israeli government in recent years prompted most new startups in the country to register in Israel, with subsidiaries in the U.S.

The Israeli Ministry of Finance now intends to hold several internal meetings to devise an initial work plan that will be presented to Mr. Netanyahu.

Source: The Israel Innovation Authority
Cancel Send
To all comments