With the promise of developing a “blockchain phone,” Israel-based Sirin Labs conducted an initial coin offering (ICO) that concluded in late December and netted the company $157.8 million. The buyers of SRN tokens, as Sirin’s cryptocurrency is called, do not have equity in the company. They participated in the ICO because they believed SRN tokens would increase in value. Indeed, the price of SRNs today is about double what it was when the offering ended.

In its ICO, Sirin offered prospective coin buyers a buyback guarantee for a premium of 100% on the price of an SRN coin. $50 million-worth of SRN were bought with this under this token return policy that allows buyers to get their money back within 60 days of the close of the coin offering.

Refund programs are unusual for ICOs, through in some cases companies have offered to buyback some tokens from investors. 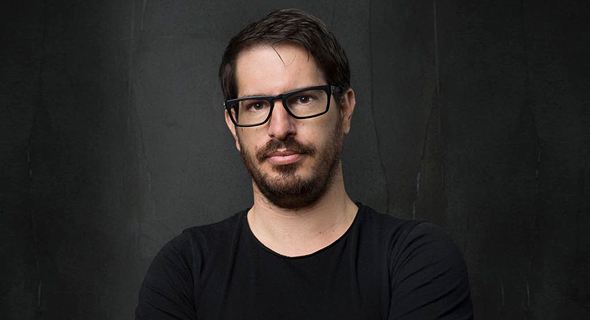 Calcalist reviewed the public ledger of all SRN transactions and discovered that almost the entire amount of guaranteed cryptocurrency was purchased in six large transactions. By buying nearly a third of all SRN tokens under this guarantee program, the buyers helped generate the hype that surrounded the Sirin ICO. So far, very few tokens of the tokens have been returned. Sirin destroyed the refunded tokens, which is considered the appropriate practice in the industry. The refund program expires on February 24.

Though the transactions themselves are public, the identity of the buyers is not. Moshe Hogeg, Sirin’s Co-CEO said at a press event after the ICO that he did not know the identity of all coin buyers but that he had talked on the phone to most of those who had purchased more than a million dollars worth of SRN. He also said that his venture capital firm Singulariteam Ltd., which has a stake in Sirin, did not purchase any SRN.

For many cryptocurrencies, from bitcoin to Dogecoin, it appears that speculative buying is what’s driving up the trading price. The past year has seen the price of bitcoin go up from several hundred dollars to as much as $17,000. But with coins that are generated by companies through ICOs, like SRN, the price of the coin is supposed to be correlated with the perceived value of the company.

As happens with all ICOs, Sirin laid out its plan for the future in a document known as a white paper. Laden with technical jargon, the SRN white paper says that Sirin will use the money it raises to develop Finney, a mobile phone with features that make it more secure and convenient for users who trade in cryptocurrencies. The company says that the only way to buy Finney and other Sirin products will be to use SRN money. Theoretically, if Finney phones become popular, there’ll be a lot of demand for SRN.

“The fact that the only payment method for the product will be the virtual coin is supposed to generate demand,” Sirin said in an email to Calcalist.

The white paper says that Finney will build off the previous phone launched by the company. The Solarin phone hit the market in May 2016 with celebrity endorsements and a $14,000 price tag. The white paper repeats Sirin’s claim that the Solarin is the world’s most secure phone but provides no evidence. Solarin model is "leading in sales at Harrod's luxury technology department,” the white paper said referring to the U.K.-based store where the queen of England is said to shop. A spokeswoman for Harrod’s confirmed that the store stocks Solarin phone but said it’s against company policy to comment on product sales figures.

Last March, Sirin dismissed a third of its staff as it halted development of Solarin and prepared to shift the company’s focus. TechCrunch reported that the phone had generated only $10 million in sales, which translates to several hundreds of phones. At that point, Sirin announced it had raised $72 million. “Several hundred more” Solarin phones are currently being manufactured for distributed through Harrod’s and other retailers a company spokesman said in an email to Calcalist.

At $1,000, Finney’s price will put it in line with the high-end model by Apple. Sirin is also planning on developing a personal computer with an $800 price tag. Both devices will run on Sirin OS, an Android-based operating system. The company says Sirin OS will feature a user-friendly interface for transferring virtual currency among acquaintances and other blockchain-related innovations.

The white paper says, for example, that Finney phones will come equipped with a cryptocurrency wallet with an unprecedented level of security because of a unique feature known as cold storage. This means that the information will be secured at the hardware level, enabling users to disconnect their wallets from the phone’s systems and from the internet. Cold storage already exists in the form of digital wallets installed on USB sticks for less than a hundred dollars. But the Finnery would be the first phone to include the feature internally. Sirin also says it is developing a technology that would allow phones to share bandwidth and computing power with other phones across mobile networks. The company also laid out a vision to take on the traditional app stores run by Apple and Google, by developing a decentralized marketplace for apps using blockchain. This new type of app store would cut down the cost for developers and be free of supervision.

These technologies are supposed to eventually attract mass-market demand for Finney phones that would justify the company’s ICO. Sirin has provided no timetable for rolling out any of the products or services in the white paper.

“We are developing an entire ecosystem, from the possibility of sharing resources among users to the creation of new applications by the community,” Sirin said in an email to Calcalist.

Siring added that the phone will come with “leading blockchain-based applications” like the messaging service Status, and will be integrated with the cryptocurrency exchange service provided by Bancor.