MeMed develops a printer-sized automated blood test device that can diagnose the source of infections in under 15 minutes, compared to days-long lab tests

TAGS:
The U.S. Department of Defense awarded a $4.1 million grant to Israel-based automated medical diagnosis startup MeMed Ltd., the company announced Tuesday. MeMed has raised around $30 million in total equity investments so far, and over $25 million in grants from governmental entities including the DoD and the European Commission.

Established in 2009 and headquartered in northern Israeli town Tirat Carmel, MeMed develops and markets an automated blood testing device that can diagnose whether an infection is bacterial or viral based on the presence of specific proteins in the blood. The company, which employs 40 people in Haifa, states its first generation devices can provide highly accurate answers within minutes to hours, compared to traditional tests that can take days. 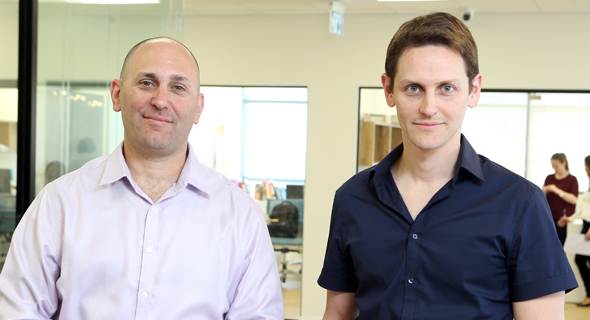 Quick identification is key in determining the correct form of treatment, as antibiotics are only used for bacteria, while viruses are treated using antivirals or symptom-alleviating treatments. Overuse of antibiotics, beyond the expense involved and the risk posed to patients, can lead to the creation of "superbugs"—antibiotic-resistant bacteria.

The first generation device, which necessitates lab services, has received regulatory approval from the European Union and is already in use at Israeli hospitals. The DoD grant will be used to advance the commercial manufacturing of the company’s second-generation device, which can be used in clinics or by general practitioners without requiring access to a lab, MeMed’s CEO Eran Eden said in an interview with Calcalist Monday. The company’s new device is smaller than an office printer and provides results within 15 minutes, Mr. Eden said. MeMed expects European approval for the new device by the end of 2018, he added. "The grant has several meanings," Mr. Eden explained. It strengthens MeMed's existing governmental ties, provides an additional regulatory stamp for the technology, and opens the way for large-scale future deals for the company.
Related stories:

To facilitate those deals, MeMed has established a U.S. subsidiary in January. The company will focus on commercialization and marketing, Mr. Eden said, adding that the subsidiary’s operations will expand over time.

The company is also working to expand the range of tests it offers, including tests that can predict the severity of a disease.
Cancel Send
To all comments