Contesting sides battle to appoint chairman at Israel’s Bezeq. With top executives under criminal investigation, the scramble to fill a management void at Israel’s largest telecommunication provider embroiled the company in a board power struggle. At the center of this battle is the identity of the company’s next chairman. On one side of the divide stand the controlling family, a prospective buyer of the company and creditors; on the other side—the current chairman and some of Bezeq's shareholders, who are pushing for a corporate governance reform. Read more 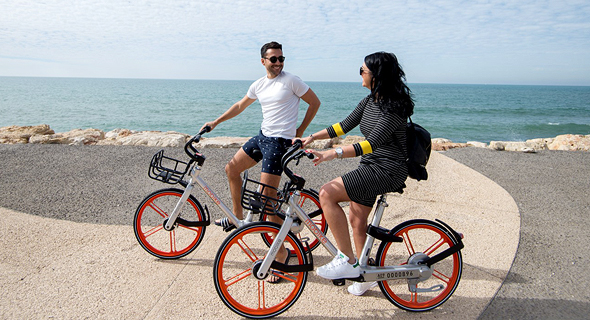 Chinese bike-sharing company Mobike launches Israeli pilot. The service will initially be offered in three towns in central Israel and in the country’s north. In October, Chinese bike-sharing company Ofo launched an Israeli pilot. Mobike offers a station-free bike sharing service operated via a smartphone app that allows users to pick up and drop off their bike anywhere. Read more

Goodbye, pizza and beer. Hello, personal growth. In trying to find real alternatives to meaningless corporate perks, serial entrepreneur Iris Shoor began to search for the “magic moments” that take place when one steps outside their comfort zone. In the latest startup she founded, Ms. Shoor started a personal growth project aimed at giving every employee a chance to tackle the things they felt they were not good at. Read more

Israel’s Supreme Court lifts banking restrictions on crypto exchange Bits of Gold. Israel’s second-largest bank, Bank Leumi, has restricted transactions to and from the bank account of Bits of Gold since 2015, citing regulatory issues. The Supreme Court ruling could set a precedent in favor of cryptocurrency traders. Read more

Precise tree and vine irrigation startup Saturas raises $4 million. Among investors is Spanish winemaker Miguel Torres Winery. Founded in 2013 and based in Israel’s north, Saturus develops sensors that are planted in the trunks of trees and vines, and provide real-time hydration status reports that enable farmers to optimize irrigation. Read more

How to add value as a venture fund. Charismatic investors can eloquently berate entrepreneurs over and over again in board meetings. They can also be repeatedly wrong, writes venture capitalist Rona Segev Gal, a founding partner at Israel-based VC firm TLV Partners. Read more