Israel’s central bank published its annual report on Wednesday, fleshing out Israel’s dependency on its thriving tech sector and warning of a potentially dangerous slowdown

TAGS:
Israel’s central bank warns that Israel’s dependency on its thriving tech sector could leave it exposed in case of a global decrease in demand for tech goods and services. In its annual report for 2017, published Wednesday, the Bank of Israel said that stagnation in the growth rate of global trading in tech services, in addition to growing competition from India and Eastern European countries, pose a risk for the tech-dependent Israeli economy. 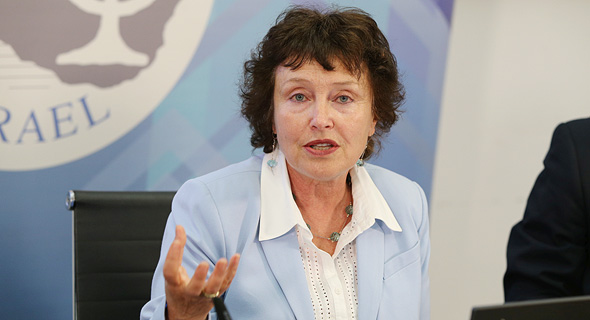 “Sooner or later the accelerated growth in demand for tech services will stabilize, the competition will get more stringent, and the competitive advantage of low-wage countries such as India will increase,” the report said. According to the report, this scenario represents the most prominent risk to the Israeli economy.

World Bank data for 2016 place Israel as the seventh largest global exporter of computer, information, and communication services, with exports valued at $17.7 billion. According to the Bank of Israel report, in 2017 Israel saw a decrease in exports of tech-related goods, such as communication systems and hardware, but benefitted from an increase in exports of tech services, such as software. This is tied, to no small extent, to the global trend of slowing demand for tech goods and the diminishing role developed countries play in the global production and distribution of tech goods. According to the report, between 1999 and 2006, the worldwide trade in tech goods grew at a rapid pace of 7% annually and has since slowed down. From 2011 to 2014, the annual growth in the sector was 3.5%, and in 2015 it diminished by 8%. Today, China dominates the tech goods market.

The Bank of Israel also found that in 2017, the impact startups had on the economic growth in Israel, often referred to as the “Startup Nation,” has been reduced. “The economic contribution of startups has considerable volatility,” Bank of Israel Governor Karnit Flug said in a press conference on Wednesday. Ms. Flug also said that the report emphasizes the limited numbers of tech personnel, reiterating the need to educate and train a larger part of the Israeli population in tech-related disciplines.

The director of the Israel Innovation Authority, Aharon Aharon, told Calcalist in a phone interview on Wednesday that a crash of the Israeli tech sector could cause the entire Israeli economy to crash, but that it would not happen overnight. According to Mr. Aharon, several key factors could negatively impact the tech sector and the local economy, chiefly the shortage of local tech talent and the sector's unbalanced salaries. Mr. Aharon said the recent closure of the Israeli innovation center of NYSE-listed research and advisory firm Gartner Inc., which was moved to India, demonstrate this risk. “The salaries in the sector are extremely high,” Mr. Aharon said. “This could be what would bring down the Israeli tech sector.” Mr. Aharon said that international companies with activity in Israel, such as Amazon, Google, and Facebook, tend to operate in a way that could potentially jeopardize the Israeli economy. “Many managers of international companies think of nothing but getting the personnel they need, not caring about the salaries and their impact on the entire ecosystem,” Mr. Aharon said.
Related stories:
Oren Kaniel, co-founder of Israeli marketing analytics company AppsFlyer Ltd., told Calcalist in a phone interview on Wednesday that the Bank of Israel report failed to touch on a crucial problem plaguing the Israeli tech sector. According to Mr. Kaniel, multinational companies operating in Israel take up a more and more local tech talent but are not contributing to Israeli export or pay taxes in Israel for the products and services developed here. “The competition is not with India, it is over the limited local talent,” Mr. Kaniel said. “If this situation continues, we will become a zero-export country and the entire sector will be dominated by multinationals. These companies have a huge monopole power,” he said.
Cancel Send
To all comments
Recently Read