TAGS:
Data storage startup Infinidat Ltd., which is based in Israel, is vying to become the preferred storage provider for competitors of Amazon, founder Moshe Yanai said in a recent interview with Calcalist. To that end, Mr. Yanai said he vows not to sell the company, but to consider a public offering in the next “two to three years.”

“We cannot be acquired because we are too expensive,” Mr. Yanai said. “Our last investment was made according to a $1.6 billion valuation. We want to go all the way and not be acquired. We’ll go public.” 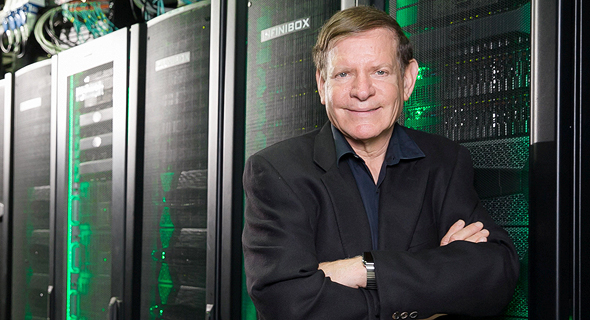 Infinidat CEO Moshe Yanai. Photo: Orel Cohen
Mr. Yanai is one the world’s leading entrepreneurs in the field of data storage. He helped transform EMC into a major data storage company before it was acquired in the deal that created Dell EMC. In 2008, he sold two storage startups to IBM for a total sum estimated to reach the hundreds of millions of dollars. He left IBM in 2010 and founded Infinidat a year later. This time around, Mr. Yanai would like to avoid a sale to a larger tech company, because his company “is not pressed for funds.” He said going public would be “better for workers” and that many companies would be more open to doing business with Infinidat as a public company. Infinidat uses its proprietary software to offer advanced storage solutions at lower costs than many competitors. “We combine advanced computing that is based on deep learning and data analysis with simple storage systems, which allows us to provide high performance at a fraction of the cost of advanced processing systems,” he said. The company employs around 500 people in Israel and the U.S. and it reached profitability last year with annual sales totaling hundreds of millions of dollars, Mr. Yanai said. Total equity investments in Infinidat stand at $325 million following last year’s $95 million funding round led by Goldman Sachs with participation from U.S.-based investment firm TPG Growth. Mr. Yanai said that many large tech companies use Infinidat storage, preferring to be customers than to acquire the startup outright.

Q: How do you feel about competition from your old employers IBM and EMC Dell?

A: The competition with those two companies and others is tough, but we are the only ones in the industry offering the highest level of performance. We deal with the storage of immense amount data—hundreds of terabytes and petabytes. We have collaborations with companies like Dell, from which we derive our hardware. We also work with VMWare and compete with it at the same time.
Cancel Send
To all comments