TV Azteca, owned by Grupo Salinas, is the second largest mass media company in Mexico, operating four television networks in the country as well as Azteca Web, an Internet company for North American Spanish speakers. The company reported revenues of $710.5 million for 2017, according to financial information company Marketwatch, and gross income of $256 million. 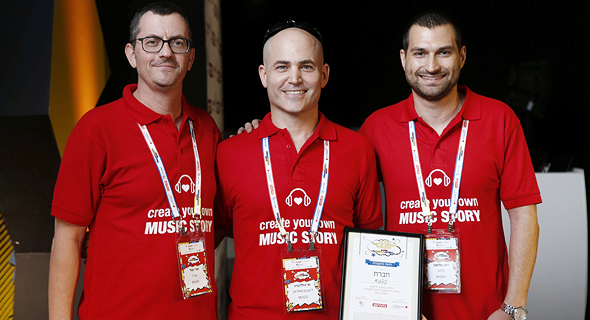 Israel-based Mugo’s Live Share app allows an unlimited number of listeners to sync to the same point in a song, even when listening from different music providers. Users can also share their music history and playlists, see which songs are currently being played in their area, follow other users, watch live shows through their phones and choose music according to factors such as mood.

Founded in 2016 by CEO Ori Segal, Shay Goldberg, and Roman Slutsky, Mugo has gained over 100,000 active users since the app has launched in August, the company stated, adding that the deal with TV Azteca is just one of several agreements signed with leading music and recording companies worldwide.

In October, Mugo won first place in Calcalist’s promising startup competition. “Our goal is to become the Instagram of music,” said Mr. Segal at the time.

“With the rise of technology companies in the world of music and the daily use of social networks by youth worldwide, we see a natural connection between these two worlds,” said Benjamín Salinas, CEO of TV Azteca, in a statement.

"The strategic cooperation with TV Azteca is a very important milestone for us and will be a significant leap forward in bringing a social music experience to the huge market in Mexico and Latin America," said Mr. Segal in a statement.

Mugo is currently in the process of raising an A round.