The Canadian Securities Exchange (CSE), an alternative stock exchange in Canada, has partnered with New York-headquartered the OTC (over-the-counter) Markets Group to offer early-stage companies a new initial public offering program in North America, and they are setting their cap at Israeli startups. 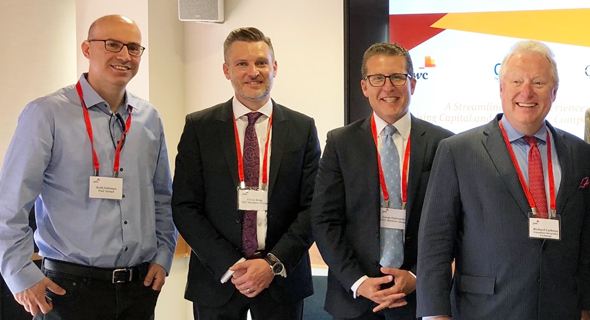 Both the CSE and the OTC Market offer companies the ability to sell their securities without the significant expenses related to a major exchange. The new partnership gives interested companies the ability to target both Canada and the U.S. and offer their securities both ways, Mr. Paltrowitz explained in a phone interview with Calcalist last Wednesday.

In recent years, the CSE attracted technology companies in areas including fintech and cybersecurity, and a surprisingly high number of cannabis-related companies—66 out of 371 companies currently listed on the exchange, according to Mr. Carleton. “We’ve been very supportive of that industry,” he said, “and it’s been one of the real success areas of the exchange.”

In Israel, Cannabis-related issuers have been gaining steam on the Tel Aviv Stock Exchange in recent months, with four listed companies pivoting to medical marijuana focus on the heels of regulatory changes in the country that could see it become a major exporter.

“Without going into specifics, we’ve certainly been speaking with several players of the cannabis world in Israel,” Mr. Carleton said.

The CSE also launched a blockchain-based clearing house in February, through which blockchain-based assets could be sold as tokens. 24 related companies have already listed since the launch, Mr. Carleton said, and the first tokens are expected to be offered in early 2019.

“I believe that the tokenization of securities is inevitable,” he said. “As a young exchange, as an entrepreneurial exchange, we actually have the opportunity to embrace the technology to provide listing, clearing and settlement services for tokens.”

In Israel, blockchain-related companies rocketed in recent months on the Tel Aviv exchange. Investors’ hype and the speculative nature of at least some of the ventures led to increased scrutiny and a regulatory cold shoulder. Currently, only one company with cryptocurrency as its core business is listed on the exchange, following a merger with a Quebec-based bitcoin mining operation.

“Yes there are more risks in these companies than perhaps more established companies, but the returns involved from investing in companies that do succeed and grow can be extremely attractive for investors,” Mr. Carleton said. However, he specified, the exchange will not list cryptocurrencies as a commodity, only the securities of corporations.
Related stories:

“Sunlight is the best disinfectant,” Mr. Paltrowitz said. “The public markets are the best place for these types of issues to be out in the light, and for the market to be able to dictate, through the disclosure of the company and its performance, what the valuations are.”

No Israeli companies are currently traded on the CSE, but following last week’s meetings several companies have started the process, Mr. Carleton said, adding he expects to see the companies listed within four to six months.

How Israeli B2D is storming the market
Recently Read