As Seed rounds are getting bigger, investors are now picking the winners earlier than ever before.

Only a few years ago seed rounds in Israel were mostly in the range of $500 thousand to one million dollars. Some financing rounds expanded up to $2 million, based on the core team’s credibility. Fast forward a few years, and the seed financing market has completely changed. Most early-stage Israeli startups we meet these days attempt to raise a $2 million to $4 million seed investment with some seed rounds expanding even further, including a $13 million seed financing. 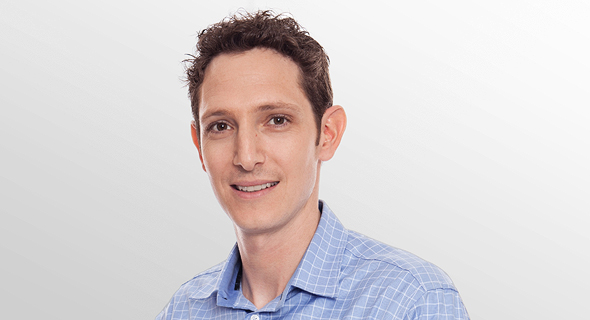 Amit Karp. Photo: Bessemer Venture Partners PR
Previously, Seed financing allowed companies to build a quick minimally viable product and demonstrate initial product-market fit before going out to raise a more substantial Series-A financing. The seed investors were often friends and family, angel investors, and a few dedicated micro venture capital funds that wrote $500 thousand checks. These larger seed rounds are often led by a new pool of dedicated seed funds which have taken the place of the smaller micro venture capital funds and accelerators. In addition, the larger funds sometimes also participate in these early rounds, which results in even larger seed rounds and often higher valuations. Angel investors are often added into the mix to bring more credibility and help with their experience in the early stages of the startup, but it’s a ‘professional’ seed investor who often leads the seed round.

There are several implications to these new large seed rounds.

First, the traditional Series-A financing is consistently pushed later, and Series-A investors now expect to see much more business traction before they commit to investing. Building a minimally viable product and demonstrating initial product market fit is no longer enough to raise a Series-A round. Founders are now expected to answer questions about the Go-to-market strategy, sales cycles, and sales productivity when raising their A round.

Second, the Series-A rounds have also become larger and are now often north of $8 million, intended to push the startup even further. This reduces the amount of Series-A investors as it requires a larger fund to invest in that stage. Third, securing a Series-A investment is more difficult than it used to be since there are fewer funds and the startup needs to demonstrate more business traction. This results in more convertible loan agreements, bridge rounds, and even dedicated “Post-seed” investors who help the company bridge the gap between their seed financing and the Series-A.

Lastly, and likely most important, is that the winners are separated from the losers earlier than ever. It is very difficult for a startup which raised a $500 thousand seed round to compete with another startup that raised $4 million at the same stage. Seed investors are also forced to pick winners based on very limited data, having to rely mainly on the strength of the founding team as an indicator of success.

Relates stories:
Some people argue that the new seed round is just a modern name for the ‘historical’ Series-A and that the current Series-A is what was previously a Series-B round. There is a big difference. Current seed investors don’t get the benefit of seeing how a startup performs over the first year while burning through the seed round. Unlike ‘historical’ Series-A investors, they need to pick a winner even earlier. As the seed investors are taking more risk, Series-A investors have become more risk-averse, requiring a broader set of data when they analyze an investment. The main implication for entrepreneurs is that you need to ensure you raise enough seed capital to achieve the required milestones for a successful Series-A. It also means that it has become more difficult for ‘outsider’ entrepreneurs to launch startups since they will often find it hard to raise large seed rounds and will be forced to do multiple subsequent funding rounds before they are “Series A ready.” This article was originally published on Medium.

Amit Karp is a partner at the Israeli office of venture capital firm Bessemer Venture Partners, headquartered in Menlo-Park, California.