In April, Israel's Supreme Court ruled that options provided to Israeli employees of multinationals are taxable

TAGS:
Multinational tech companies operating Israeli subsidiaries are gearing up to battle a recent ruling made by Israel's supreme court, which could see them pay more income tax in the country.

In April, the country’s supreme court rejected an appeal filed by two companies in an attempt to overturn a tax directive that applies local taxes to options given to Israeli employees by non-Israeli employers. 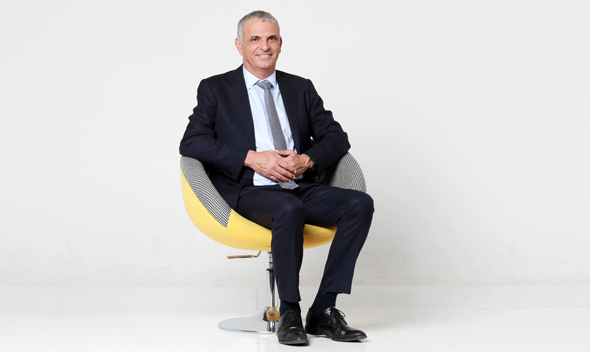 Israeli Minister of Finance Moshe Kahlon. Photo: Dana Copell
The appeal was filed on behalf of Kontera Technologies Ltd., acquired by a Singtel subsidiary in 2014, and Finisar Israel Ltd., a subsidiary of Finisar Corporation. The Israeli court ruled that call options are wage-equivalent, and thus fall under labor costs and must be calculated as part of a company's taxable profit. The ruling stirred the local technology industry, as it could serve as a precedent applicable to all multinationals in Israel, potentially substantially driving up their expenses. Last week, senior executives from companies including Alphabet, PayPal, eBay, Microsoft, Philips, SanDisk, Siemens, General Motors, and IBM, convened for an emergency meeting to discuss the ruling and formulate a solution. The meeting was organized by Israel Advanced Technology Industries (IATI), an umbrella organization of the tech and life science industries in Israel. The companies' representatives stated that in combination with the recent U.S. tax reform, which lowered the country's corporate tax from 35% to 21%, and the high wages commanded by Israeli talent, the court's ruling increases the incentive for expansion in the U.S. and not in Israel. During the meeting, IATI co-chair Erez Tsur stated that on top of the increased tax the companies would pay in Israel, the expense would not be tax-deductible in the U.S., meaning the companies will be paying taxes twice on the same income. The Israeli government has been looking into possible repercussions of the tax reform announced by U.S. President Donald Trump in December. Israel rolled out a tax reform intended to make the country more attractive to multinationals in 2016. Israeli Minister of Finance Moshe Kahlon said no further corporate tax reductions are planned in an interview with Calcalist Sunday. During the meeting, representatives of the technology companies raised the possibility to advance a bill that will overturn the supreme ruling.
Related stories:

"The discussion has shown that the supreme court's decision requires us to act against the regulators immediately to fix the legal distortion before irreversible damage occurs," said IATI CEO Karin Mayer Rubinstein in an interview with Calcalist Monday.

Israel is in constant global competition, Ms. Mayer Rubinstein added, and if the regulator doesn't keep the local tax policy attractive to multinationals, companies might take their business elsewhere.
Cancel Send
To all comments
Buzz