Netanyahu Pulls the Plug on Law to Fight Facebook 'Incitement'

TAGS:
In an unexpected last-minute intervention, Prime Minister Benjamin Netanyahu blocked on Wednesday a parliamentary vote in Israel on a controversial bill that would create a fast-track procedure for removing content from the web that is deemed harmful or likely to incite terrorism or criminal activity.

Under the legislation, known as the “Facebook law,” state authorities could appeal to courts and request an order be issued for the removal of damaging online posts bypassing due process procedures currently required by law. 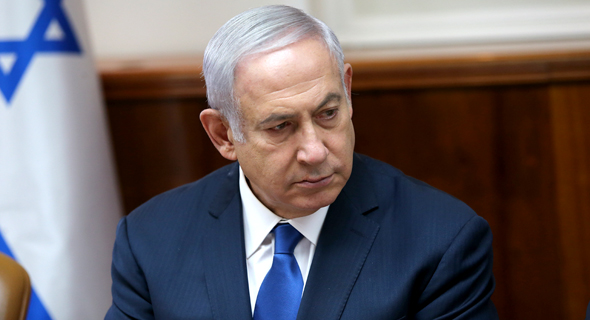 Israeli Prime Minister Benjamin Netanyahu. Photo: Alex Kolomoisky
A statement released by Netanyahu’s right-wing Likud party said that the bill in its current form is written too broadly and could lead to the censorship of legitimate speech, a position that echoes the criticism leveled by government watchdogs. Netanyahu directed his parliamentary allies who are sponsoring the bill to revise the legislation so that it reflects its original purpose of clamping down on calls to commit acts of terrorism. Netanyahu’s office has yet to respond to a request for comment. Karine Nahon, the president of the Israel Internet Association, said she was relieved to learn of the decision.

“This was a draconian law that has been expanded far beyond what’s necessary and I am glad that the prime minister recognizes its problems,” said Nahon, who is a professor of information science the Interdisciplinary Center Herzliya, a private academic institution located just north of Tel Aviv.

“They took an important issue of stopping online incitement of terrorism and expanded it to include all criminal activities," she said. "In effect, this would have allowed the state to take away our democratic right to express dissent.”