Israel Sells 250 Million Euros Worth of Government Bonds at 0.05% Interest

Israel has sold 250 million euros worth of government bonds to an unnamed state-owned fund from Asia, the Israeli Ministry of Finance announced Monday. The bonds will yield a 0.05% interest rate over a three-year period.

The bonds issuance is part of a wider effort by the Israeli government to encourage Asian investments in Israel, according to a statement. 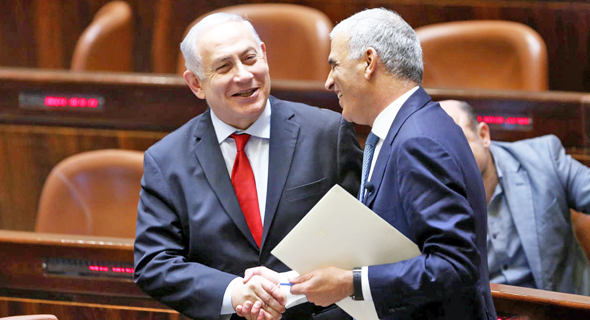 The investing fund remained unnamed under a confidentiality clause in the agreement, an Israeli official told Calcalist, speaking on condition of anonymity.

In a statement, the Israeli Ministry of Finance accredited the low-interest rate to the resilience of the Israeli market.

The ministry also cited credit rating agency Moody's Investors Service’s Friday announcement, in which the latter upgraded the outlook of Israel’s A1 government rating from stable to positive. The change was based on Israel’s favorable fiscal outcomes, strong institutional framework, and on its “increasingly resilient economy,” Moody’s said, laying much of the credit at the feet of the country’s diversified range of industries and especially its tech sector.