TAGS:
Israel-based medical analytics company DiA Imaging Analysis Ltd. announced Tuesday it has closed a $5 million funding round led by Connecticut Innovations with participation from venture firm Defta Healthcare, Israel’s Innovation Authority, and existing investors. In a statement, DiA said it will use the funds to market its automated medical image analysis tools, approved by the U.S. Food and Drugs Administration and the European Union, and grow its teams and activities in the U.S., Europe, and Asia.

DiA develops pattern recognition and machine learning software that can generate automated image analysis, and be implemented in ultrasound devices and medical picture archiving and communication systems (PACS). The company was founded in 2009 and is headquartered in the southern Israeli city of Beer Sheva. 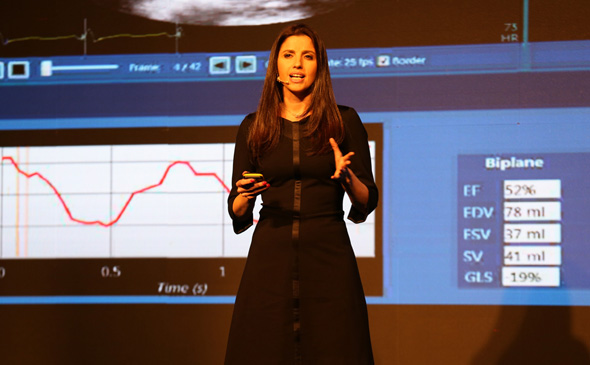 In 2017, Dia announced a partnership with General Electric subsidiary GE Healthcare, an international manufacturer and distributor of medical devices and agents. The company has also partnered with Australian company Central Data Networks PTY Ltd., which develops IT software for physicians and hospitals, and with Shenyang, China-headquartered Neusoft Medical Systems Co. Ltd., a medical device developer and manufacturer.