People Will Never Like Buying Insurance, But the Experience Can Be Less Stressful, Axa Venture Manager Says

François Robinet manages the venture activity of the French insurer. Robinet is set to participate in Calcalist’s tech conference in Paris in October

François Robinet’s job is to guide French insurance giant AXA SA into the age of digital disruption. He is the managing director of AXA Strategic Ventures, the group's venture capital fund, overseeing $275 million in investments in fintech companies from Seed to Growth stage, according to Robinet. He expects to see the consumer experience of buying insurance change completely, becoming digitized and subsequently becoming less unpleasant. “People will never like buying insurance, but technology can make the experience less stressful,” he said.

Despite the growing number of startups choosing to develop technologies and platforms for the insurance market, Robinet is not expecting a short-term overhaul of the industry, the kind Uber spelled for ridesharing and Spotify for the music industry. 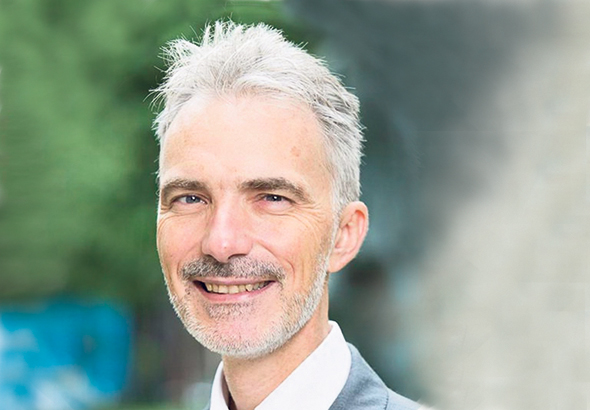 François Robinet. Photo: PR
“This kind of disruption demands new technology,” he said. “It is possible that in the future blockchain could completely change the market, but it wouldn’t happen in the next five years.” Robinet is set to participate in Calcalist’s tech conference in Paris in October alongside Israeli tech executives, entrepreneurs, and some of Israel’s most prominent mobility and auto tech executives. The conference will be held as part of the Paris Motor Show, or Mondial de l'Automobile, one of the largest auto shows in the world, held every two years.
Related stories:
This year’s Paris Motor Show will feature the Mondial Tech, a new event that will bring together businesses across the entire automotive value chain. Israel was chosen as a guest state at the event, which will have one day dedicated to showcasing Israeli technologies and innovation. Calcalist is organizing the day’s events in partnership with events firm Connecting Leaders Club, headed by Valérie Hoffenberg and Ayelet Gurman, with Israeli Bank Hapoalim, and with accounting firm KPMG. AXA Strategic Ventures has so far invested in two Israeli companies. In 2017, it participated in the Seed round of drone insurance company Skywatch Technologies, Inc. In 2016, it backed IoT company Neura, Inc. In an interview with Calcalist in May, Robinet said AXA is keeping a close eye on Israeli tech, looking particularly for B2B companies.
Cancel Send
To all comments