Diskin founded CyMotive in 2016 in partnership with Volkswagen AG and two former Shin Bet officials, Tamir Bechor and Tsafrir Kats. In 2012 he founded Diskin Advanced Technologies Ltd., where he still serves as executive chairman.
In the future, much information will be stored in the car and the supporting systems of the fleets, Brandes said, including destination, credit card numbers and other financial personal information. That makes new legalization such as the EU’s General Data Protection Regulation (GDPR) even more pertinent to car manufacturers, Brandes added. "The car industry is undergoing a dramatic revolution," Diskin said. When he started in the automotive industry six-seven years ago, he said, some companies were still treating domains like IT and cyber as something that was neither critical nor core. "Now they are starting to understand that IT is the core business, because with time they will have more and more data, and the automotive industry will become a big data industry. This is something the automotive industry is aware of and is allocating more and more resources to, and to protection especially." 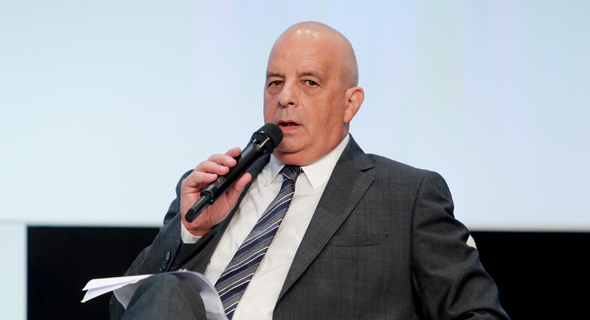 Yuval Diskin. Photo: Orel Cohen
What is going to push it forward, in particular, is the regulation and legalization, Diskin said, not just GDPR in Europe but also very deep processes that are already underway in the U.S. in Congress and the Senate. Once that is binding, that will create a big push forward for the industry, he added.

Volkswagen was interested in CyMotive because of the approach, knowledge and former experience of Diskin and his partners, he said. Due to their past in an agency dedicated to defense against terrorism and espionage, and against damages to critical state infrastructure, they understood that one cannot just wait for an attack to come, Diskin said. "Most of the solutions today are meant to protect the inside of the organizational network. But we understood that we cannot wait for the attack, we have to go out to the adversary, to prevent the attack ahead of time."

It's not possible to protect connected autonomous cars from 100% of threats, Diskin said. "The idea is to protect the crown jewels in the car—the systems. And more than that, I think that this should be the number one priority of every car manufacturer, to think how to prevent an attack from spreading to the entire fleet of cars. I also think that in the future, with smart transportation, smart cities and all the interfaces between them, this challenge is going to grow exponentially."

"Because the cybersecurity industry was developed by technologists, they sometimes forget that behind every cyber attack there are human beings," Diskin said. Their behavior leaves digital signatures, he added. "If we will be smart enough, and use the ability of people with security or behavioral background, then we will be able to prevent some of the attacks at least ahead of time. That's the direction I think the cybersecurity industry should go towards."
Cancel Send
To all comments