Overwolf Ltd. announced on Wednesday it has raised $16 million in a funding round led by Intel Capital Corp. Overwolf develops a platform that enables third-party developers to create modifications to existing PC games, which are then available through Overwolf's app store.

Liberty Technology Venture Capital, a subsidiary of Liberty Media Corp., and other investors also participated in the round. 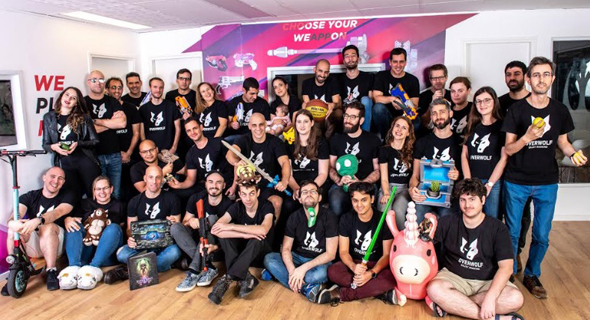 Overwolf. Photo: Israel Hadari
In addition to giving an outlet for third-party game developers, Overwolf supplies a social media overlay for online games. 10 million active gamers use its platform, the company said. Founded in 2009 and based in Tel Aviv, Overwolf raised $5.3 million in previous rounds, The company employs 50 people, according to Pitchbook data.
Related stories:
Uri Marchand, Overwolf’s CEO, said the company will use the funds to further develop the company’s developer ecosystem. In August, the company announced it partnered with Intel on a joint $7 million fund for apps, and overlays for games.
Cancel Send
To all comments
Buzz