Last month, the company announced the newest batch of 11 startups accepted into the program in Tel Aviv, with an average funding of $2.2 million

TAGS:
Navot Volk, managing director of Microsoft’s startup accelerator program in Israel, has resigned. The company confirmed his resignation in an emailed message to Calcalist. The news comes less than a year after Tzahi (Zack) Weisfeld, who ran the activity of Microsoft’s global startup program, left the company in January, along with several other senior employees who worked with him.

Microsoft launched its first accelerator program in Israel in 2012, at the company’s research and development facility in Herzliya, in central Israel. The company later expanded the program, opening accelerators in London, Berlin, Bangalore, Shanghai, Seattle, Beijing, and Sydney. According to Microsoft’s website, more than 730 startups have already participated in the program. 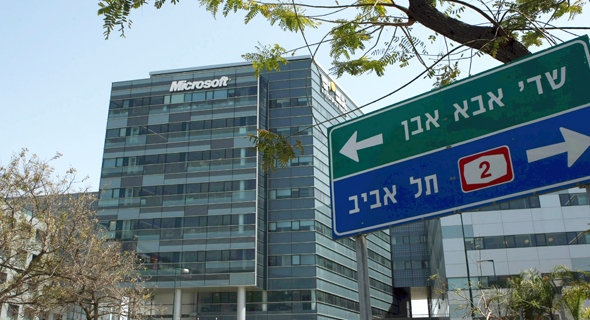 Microsoft's Herzliya Center. Photo: Amit Sha'al
The program provides startups with up to $120,000 in free Azure credits, technical support, partnerships, and access to community spaces. In February, Microsoft announced it was committing $500 million to its accelerator program over the next two years. Last month, the company announced the newest batch of 11 startups accepted into the program in Tel Aviv, each having already raised an average of $2.2 million.
Related articles:
Volk held executive roles within Microsoft’s startup program in Israel for the last three and a half years.
Cancel Send
To all comments
Buzz