Israeli researchers 3D print a mini working heart from human tissue; The challenge for Beresheet 2.0: landing on the moon and sticking to the budget

TAGS:
Israeli researchers 3D print a mini working heart from human tissue. The first-time achievement marks another step towards a future where organs for transplant can be created in a lab. Read more

The challenge for Beresheet 2.0: landing on the moon and sticking to the budget. On Thursday, Israeli spacecraft Beresheet crashed during its moon landing. Co-developer SpaceIL already announced a second spacecraft is in the works. Read more 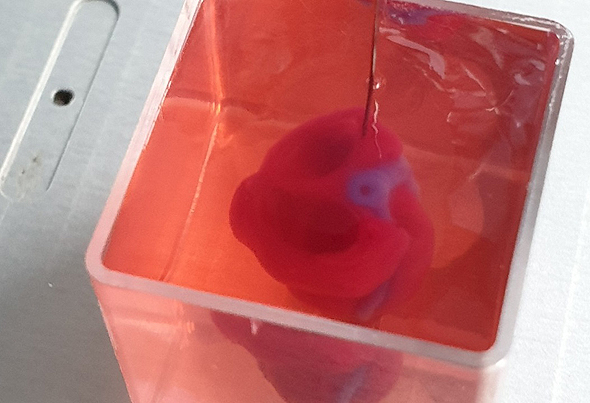 Report: Israeli tech saw $1.55 billion in investments in the first quarter of 2019. Five rounds that surpassed the $50 million mark accounted for 26% of total investments this quarter. Read more

Israeli company raises over $1 million to spike pizza with cannabis. Cannibble develops pre-made food and beverages such as cake mixes, sweeteners, iced coffee mix, and toppings for pizza and popcorn, which the company says could get consumers high. Read more

Riding around in a bubble. On Monday, Via, in collaboration with Israeli public transportation company Dan, launched its new on-demand shuttle van service in Tel Aviv. Read more