Report: Israel’s Military Expenditure Among Highest in the World

According to a new report by the Stockholm International Peace Research Institute (SIPRI), global military expenditure rose to $1.8 trillion in 2018

Israel’s military burden—meaning defense spending as a percentage of gross domestic product (GDP)—was some of the highest in the world in 2018, according to a new report published Monday by the Stockholm International Peace Research Institute (SIPRI). Israel spent $15.9 billion on defense in 2018, or 4.3% of its GDP, ranking seventh after Saudi Arabia (8.8%), Oman (8.2%), Algeria (5.3%), Kuwait (5.1%), Lebanon (5%), and Jordan (4.7%). While Middle Eastern countries were among the world’s most burdened by defense expenses, countries in the region spent 1.9% less on defense in 2018 compared to 2017.

For all its military spending, Israel is also one of the world’s largest arms exporters. A SIPRI report published in March ranked it in eighth place, after countries such as the U.S., Russia, France, Germany, and China.

Global military spending rose to $1822 billion in 2018, a 2.6% increase from 2017, representing 2.1% of global GDP, according to SIPRI data. The U.S., China, Saudi Arabia, India, and France were the biggest defense spenders, accounting together for 60% of all military expenditure. 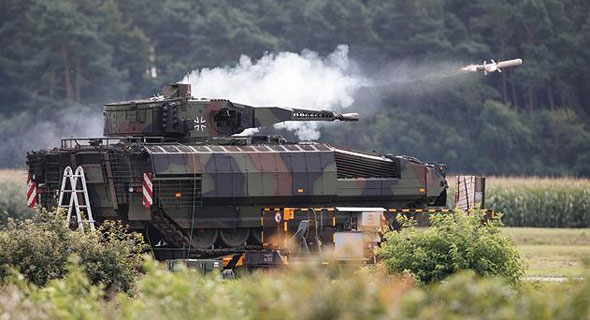